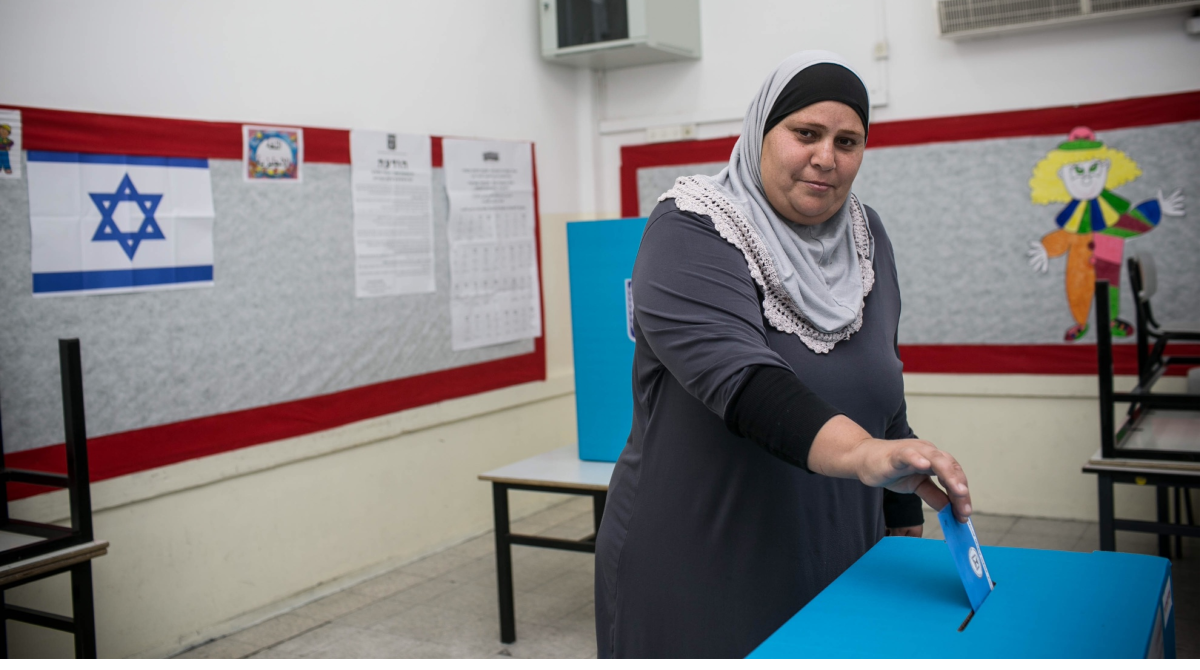 Israel’s electoral stalemate surprised few and dismayed many. One development, however, got a number of people very excited indeed.

This was the decision of three of the four parties in the Arabs’ Joint List to endorse as prime minister Benny Gantz, the head of the Blue and White party — only the second time the Arab parties have endorsed a prime ministerial candidate.

The Joint List has ruled out joining a coalition government. But as the third largest party, it could become the official opposition.

All this, of course, gives the lie to the calumny that Israel denies its Arab population equal civil rights.

The endorsement was hailed by a number of people as a sign that Israel’s Arabs were beginning to normalise relations with their Jewish fellow-citizens.

But they aren’t supporting Blue and White’s policies. As the Joint List leader Ayman Odeh made clear, it is merely using Gantz to lever the prime minister, Benjamin Netanyahu, out of office.

And as virulent anti-Zionists, its members are committed to destroying Israel’s very existence.

Odeh says he wants Arabs to have a “shared homeland” in Israel. They already do. In its hospitals and universities, armed forces and law courts, in the Knesset and on its beaches, Arab Israelis are working, studying, fighting and relaxing alongside Jews.

What Odeh means by a “shared homeland”, however, is not Arabs sharing a Jewish state, which he wants to destroy, but Jews within a predominantly Arab one.

Some were particularly entranced that Odeh used the famous quote from the Jewish psalm: “The stone that the builders rejected became a cornerstone.”

Those hailing this as some kind of inter-faith signpost should calm down and think about it. The stone the builders rejected in that psalm was a metaphor for the Jewish people. Odeh has turned it into a metaphor for the Arabs instead.

It’s the Arabs who would be the cornerstone of his new society. And they would become so, as Odeh’s hijack of these Hebrew words implies, by assuming the mantle of the Jews.

The Arab parties’ MKs behave as a fifth column within the Knesset, working for Israel’s destruction and supporting the murder of Jews. MK Ahmad Tibi, for example, opposes the Law of Return, has challenged the Jewish symbols on the national flag and in 2012 declared: “The occupier wants to call you terrorists, but we say there’s nothing more noble than dying for your homeland.”

The former MK Haneen Zoabi accused Israel of harvesting the organs of Palestinian prisoners and made a speech arguing that “Zionism is hostile to human rights all over the world” and that Jews had no right to self-determination.

There’s a long record of similar incitement by other members of the Joint List. Which is why even Avigdor Liberman, who is intent upon ousting Netanyahu, says he would never join forces with the Arab parties because “they are our enemies”.

They are also out of step with a growing number of Israeli Arabs who really do want to integrate into the Jewish state. Before last April’s election, some were quoted bitterly criticising the Joint List MKs.

“It didn’t represent us, and it did great damage to the [average] Arab citizen who wants to integrate,” said one resident of Abu Ghosh, an Arab village near Jerusalem. “We recognise the existence of the only democratic country in the Middle East and want to be a part of the country. And we’re proud of it. We, Israeli Arabs, exist with our Jewish brothers. Not coexist, exist.”

A woman doctor from Acre said: “To earn a decent living, to live like human beings – that’s what the average citizen wants. And the people who are supposedly meant to take care of us — the Arab parties — have quite simply abandoned us.

“I’m proud to be a Muslim and Arab Israeli woman. What the heads of the Arab parties are doing is honoring and glorifying murderous terrorists. They take the stage, talk about Palestine and don’t notice what’s happening here.”

Israeli Arabs need better representation. It would be a great advance if they were to participate in Israeli politics rather than shun it. They can’t do so, however, through racist leaders who want to destroy Israel.

A truly shared future will come only if Arab leaders learn from the growing number of Arab Israelis who are proud to be citizens of Israel, and finally start attending to their needs rather than plotting its demise.