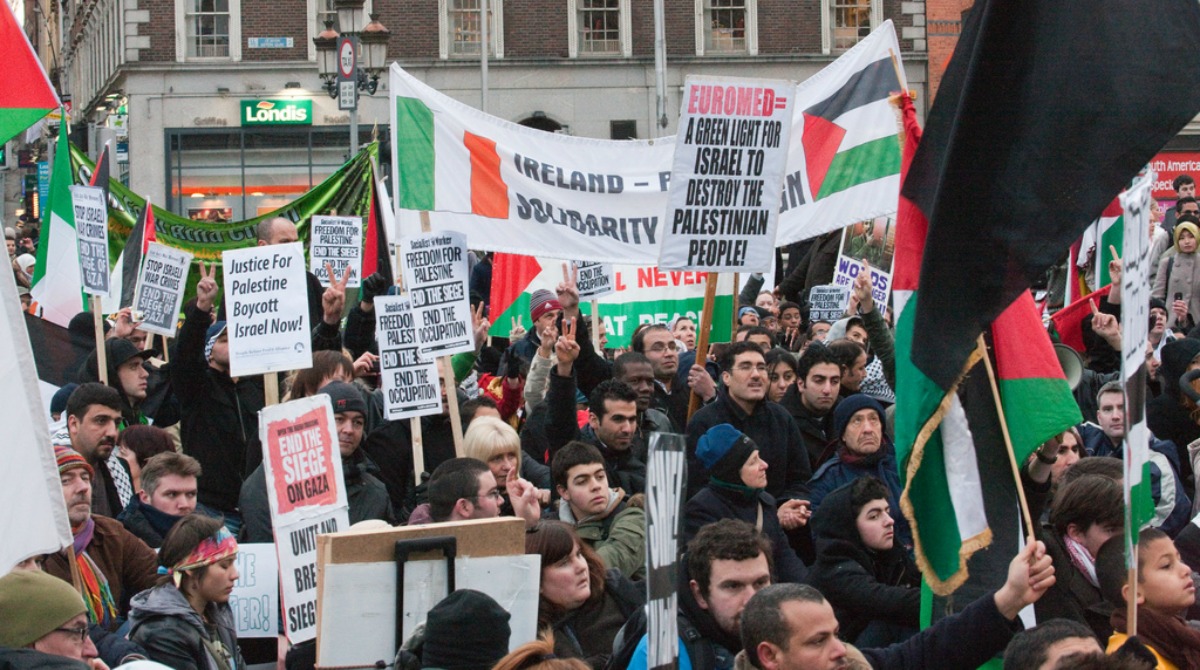 There’s a particularly sweet spot in the enormous technology deal Israel has just pulled off.

Over the next five years, the tech giant Intel will invest a whopping $11 billion in a new semiconductor fabrication plant in Israel. The investment will be worth around 0.7% of Israel’s gross domestic product and is expected to produce thousands of jobs.

The sweet spot is that in securing this deal, Israel beat off competition from Ireland. For Ireland has become the most extreme Israel-bashing country in the West.

Its Dáil, or parliament, recently gave a first reading to a bill which would make it a serious criminal offense to supply goods or services provided by Israelis in east Jerusalem or the disputed territories of Judea or Samaria.

Claims by the bill’s sponsor, the Irish senator Frances Black, that it doesn’t target any particular country are disingenuous. Its terms have been drawn up in such a way that they apply only to the disputed territories and east Jerusalem.

It is also uniquely vicious. For it wouldn’t just target Israeli “settlers.” It would also mean, for example, that an Irish tourist on a visit to the Western Wall for which he is paying an Israeli tour guide might be arrested when back in Ireland for an offense carrying a potential jail term.

The bill is promoted by a coalition of NGOs, including several Christian groups, and is seen as a Trojan horse for a wider onslaught against Israel, with many of its supporters actively campaigning to boycott this year’s Tel Aviv Eurovision Song Contest.

The Irish government may yet block the bill. It was promoted in the Dáil by Fianna Fáil, the largest opposition party and on which the ruling minority Fine Gael party depends.

Ireland’s foreign minister, Simon Coveney, has warned, however, that the bill contravenes EU trade laws and would therefore place Irish companies in jeopardy. Moreover, Irish-American companies might be in violation of American laws forbidding US-based companies from co-operating with trade bans on Israel.

Whether or not the bill becomes law, it once again raises the question of why Ireland is so consumed by the obsessive hatred of Israel it so regularly displays.

One obvious answer is that, as a country which believes itself to have suffered under British colonialism, it identifies with other peoples acknowledged by anti-colonialists as similarly “oppressed” among whom the “Palestinians” enjoy iconic status.

With the island of Ireland divided between the Irish Republic and the UK province of Northern Ireland, Irish republican terrorists have waged war against the UK on and off over the past century with a fragile peace finally brokered in the 1998 Good Friday Agreement.

As a slavish EU member, Ireland has allowed Brussels negotiators to use the fraught issue of the post-Brexit border with Northern Ireland as a weapon to force the UK to surrender its independence even after it formally leaves the EU.

The essence of this Irish passion for the EU is that Ireland doesn’t understand what it means to be an independent nation. Like so many cultures with a shaky sense of what they are, with an outsize chip on their shoulder and infantilized by being almost entirely dependent on others to survive (their “Palestinian” friends fall into that category too) the Irish hate Israel, the paradigm nation state of a people with an unequivocal sense of itself.

So, of course, Ireland bought wholesale into the whole farrago of lies and distortions that make up western left-wing globalist discourse about Israel – which is shared by the EU itself.

But there’s more to Ireland’s malevolence against Israel than this.

Over the years, Fianna Fáil governments have always been hostile to Israel. Currently, Fianna Fáil is jostling with its rival Sinn Féin – which heavily supported Frances Black’s election to the Irish Senate in 2016 – to maintain its political position.

Sinn Féin’s former military wing, the Provisional IRA, was responsible for the bloody campaigns against the UK in support of a united Ireland.

In the 1970s, Sinn Fein publicly supported the Palestinian cause. The IRA and the PLO became extremely close, training together and sharing terrorist strategies and tactics. The IRA received substantial funding and military aid from Libya’s Colonel Gaddafi, and also collaborated with Hamas and Hezbollah.

In 1980, the minister for Foreign Affairs, Fianna Fáil’s Brian Lenihan, claimed the PLO was no longer a terrorist organization and described Yasser Arafat as a “moderate.” In 2006, Sinn Fein MP Aengus O’Snodaigh described Israel as “without doubt one of the most abhorrent and despicable regimes on the planet.”

During the Second World War, Ireland was neutral. Upon learning of Hitler’s death, its Taoiseach or prime minister, Eamon de Valera, visited the German Embassy in Dublin to express his condolences.

Some IRA members, such as the high ranking Sean Russell, collaborated with the Nazis. The Fianna Fáil government denied residential visas to many Jews trying to escape Nazi Germany and to Holocaust survivors after the war.

Historically, the Catholic church in Ireland bears a heavy responsibility for this anti-Jewish hatred. Over the years, the church has pumped out stereotypical hatred of Jews as parasitical moneylenders and exploiters of working people.

In 1904, a priest, Father John Creagh, organized a two-year boycott of Jewish businesses in Limerick. The town’s small Jewish community fled in what became known as the Limerick pogrom.

In 1970 the town’s Labour mayor, Steve Coughlan, made a speech defending the Limerick pogrom, referring to Jewish money-lenders whom he termed “warble fly bloodsuckers.”

That provoked an outcry. But all this is the context in which the hateful Frances Black bill must be placed.

Appallingly, some 15 Israeli luminaries, including the former speaker of the Knesset Avram Burg, former Knesset member Prof. Naomi Chazan, vice-president of the Israel Academy of Sciences Prof. David Harel, former ambassador Ilan Baruch and others wrote to the Irish Times in support of the bill on the grounds that “Israel’s ongoing occupation of the Palestinian territories is morally and strategically unsustainable, is detrimental to peace, and poses a threat to the security of Israel itself.”

Not for the first time Israelis who choose to blame Jewish “settlers” for the absence of peace, rather than the genocidal Arab and Muslim fanatics who want to wipe Israel off the map, are unwittingly sanitizing, facilitating and incentivizing Jew-hatred.

It’s not just a cause for dismay that so many Irish people refuse to acknowledge the right of the Jewish people to their own land. The deeper tragedy is that this venom has poisoned some Jews, too.