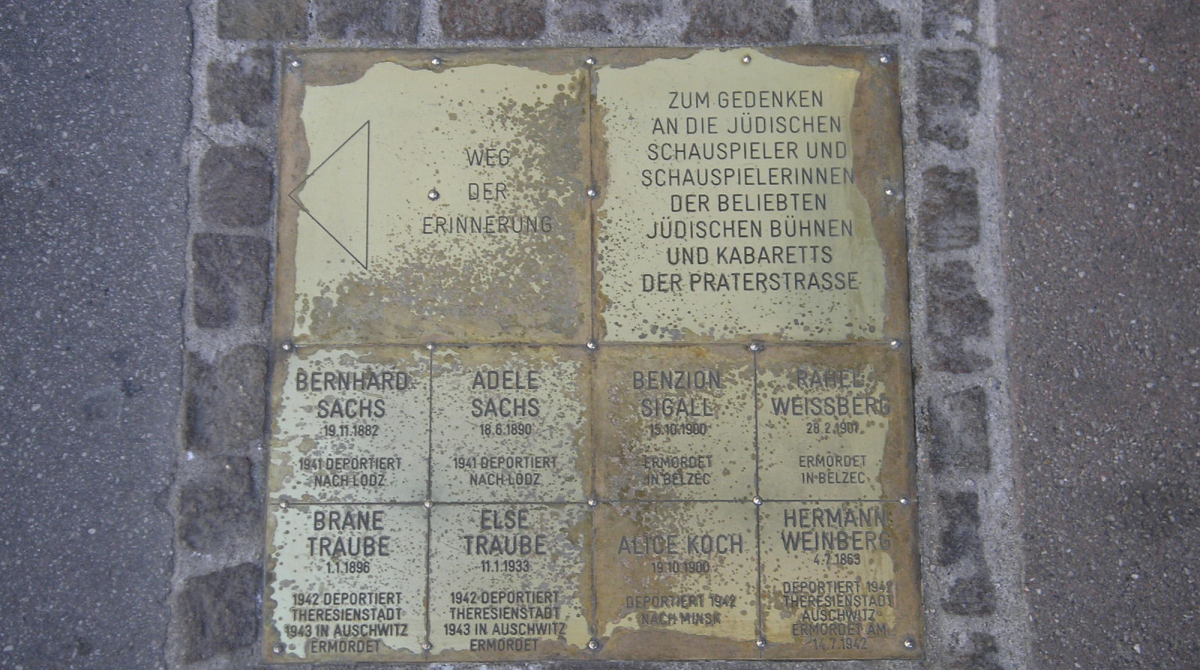 The first play to be written by the Jewish writer Tomáš Straussler is shortly to open in London.

Actually, it’s the latest play by the acclaimed playwright Sir Tom Stoppard, who was born Tomáš Straussler in Czechoslovakia in 1937. But Leopoldstadt is the first of his plays which reflects the fact that he identifies himself — deeply, emotionally, viscerally — as a Jew.

He told the JC last week that he realised what this meant to him only in late middle age. The play, which I have seen in preview, mostly reflects not his own experiences but what being Jewish means to him.

This is a Stoppard we haven’t seen before. While his work has always been characterised by a dazzling combination of wit and high seriousness, here he has been driven by deep emotion.

Writing this play seems to have been an act of personal piety, a homage to the Jewish people with which he has come to feel a profound connection.

This is powerful and poignant. And yet it’s a play that could only have been written by someone whose face is now turned with sadness and yearning towards a culture he’s never really known.

The play tells the story of four generations of Viennese Jews from the turn of the 20th century. Wealthy, assimilated and with powerful friends, they think it inconceivable that such Austrian patriots as they are could ever be in the slightest danger. Until it’s too late.

Those who think that, with Jeremy Corbyn on his way out, Britain’s antisemitism crisis has passed have their heads stuck firmly in the sand — even if the “moderate” Keir Starmer becomes Labour leader.

The crisis is far broader and deeper. For some of us, Jew-hatred made Britain unbearable years before Corbyn became party leader. We concluded we’d been living in a fools’ paradise, that after Auschwitz there had been merely a 50-year moratorium on antisemitism which had now ended.

Under the fig-leaf of anti-Zionism and Israel-bashing, it was clear that Jews would only be accepted as fully British on condition that they didn’t identify as a people, and certainly not with Israel’s fate.

For some British Jews, therefore, anything that dwells upon the myopia of that doomed pre-war Jewish community may exacerbate the disquiet they already feel.

It’s important, though, for British people to be made more aware not just of the liquidation of the Jews of Europe but also the nature of the culture that was thus destroyed. Many in the wider society have no idea about the significance to Jews of brit milah, for example, or the Passover seder.

Maybe Stoppard himself now wonders how different his life would have been had he been brought up inside Jewish family life.

Except that the specific culture to which he is drawn here is one that no longer exists.

Among Jews who feel the pull of their Jewish identity after years of having ignored or suppressed it, it’s not uncommon for them to identify not with Jewish religious rites and practices, nor with the State of Israel, but with a Jewish culture that is no more.

Sometimes this is a disreputable impulse, identifying with those murdered in the Shoah in order to cloak themselves falsely in reflected victimhood and moral impunity.

For others, though, it’s a Jewish epiphany no less genuine for being so tenuous.

Often, such stirrings of identity occur through discovering the fate of family members who were murdered. Recreating their culture in literary form creates a line of continuity with a people to which no other link is desired.

Indeed, what other link can there be? Often implacably agnostic or atheist, viewing the world through the Christian or secular prism of the society in which they were raised and educated, and indifferent or even hostile to Zionism and Israel, the only way such people can realistically connect to their Jewishness is through the ghosts of their family’s past.

With Leopldstatdt, Stoppard is saying “hineini” — here I am, Jewish people, I am one of you and I am declaring it to the world. Welcome, Sir Tom; it’s been too long.