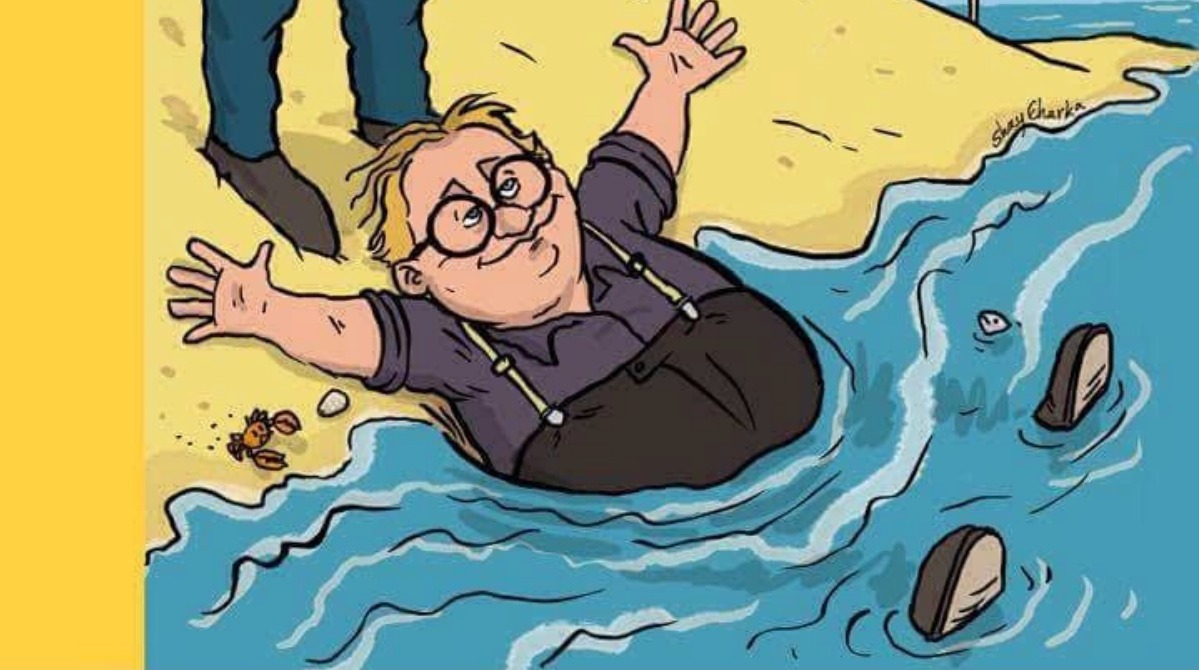 Tuvia Tenenbom, that most acute and incendiary observer of what’s festering beneath the surface of polite society, has turned his attention to Germany’s “refugees”. To his surprise and no little dismay, what he has found out is not so much about these migrants but about Germany itself, and it isn’t pretty at all.

In his new book Hello Refugees, he adopts his now familiar but no less devastating tactic of trading on his blond hair, Falstaffian girth and indeterminate accent to conceal the fact that he was born and brought up in an ultra-orthodox family in Israel. He derives his unique insights from the fact that many of those to whom he addresses his faux-naïf but devastatingly direct questions assume he is an antisemite — just like them. And so they open up to him in a uniquely frank manner.

In Hello Refugees “Toby the German”, his previous persona, has become “Toby the Jordanian”. Posing as the son of Jordanian and European parentage, he uses his fluent Arabic to gain access to refugee camps in Germany where access is routinely denied to the media.

What he discovers shocks him deeply. He finds migrants effectively warehoused in wholly inadequate conditions, housed twelve to a “room” in what are no more than, and indeed described as, “containers”. Existing on disgusting food, jobless and with no apparent means of emerging from these holding pens, these migrants have in effect been abandoned by the German state.

Everywhere he goes, people tell him the same thing: that Chancellor Angela Merkel famously invited in more than one million migrants in order to erase the moral stain of Germany’s Nazi past. He concludes that this was not an act of conscience. How could it have been when these people have been left so abandoned? It was instead a move to show the world — and themselves — that this former Nazi state has become the world’s conscience. In other words, it was a cynical move that evacuates the word conscience of all meaning.

Worse than that, Tenenbom also discovers that this public advertisement of collective “conscience” has legitimised and provoked open antisemitism. Repeatedly and gratuitously, Germans tell him that they are now morally superior to the Jews and to the State of Israel which is described as uniquely racist and murderous.

He doesn’t get any of this from the Syrian refugees or other migrants. He gets it only from the Germans. He finds that “anti-racist”, “human rights” activists extolling Germany’s humanitarian gesture and calling for yet more refugees to be allowed in are in fact deep-dyed racists and antisemites.

Tenenbom knew already that Germany is still teeming with Jew-hatred; he has remorselessly chronicled this dismal finding in his previous work. But now, he tells me, it’s much more open and brazen. And that, he says, is because the act of taking in the migrants has allowed Germany to feel it has finally shaken off the stigma of its past. Now it is free to hate Jews again.