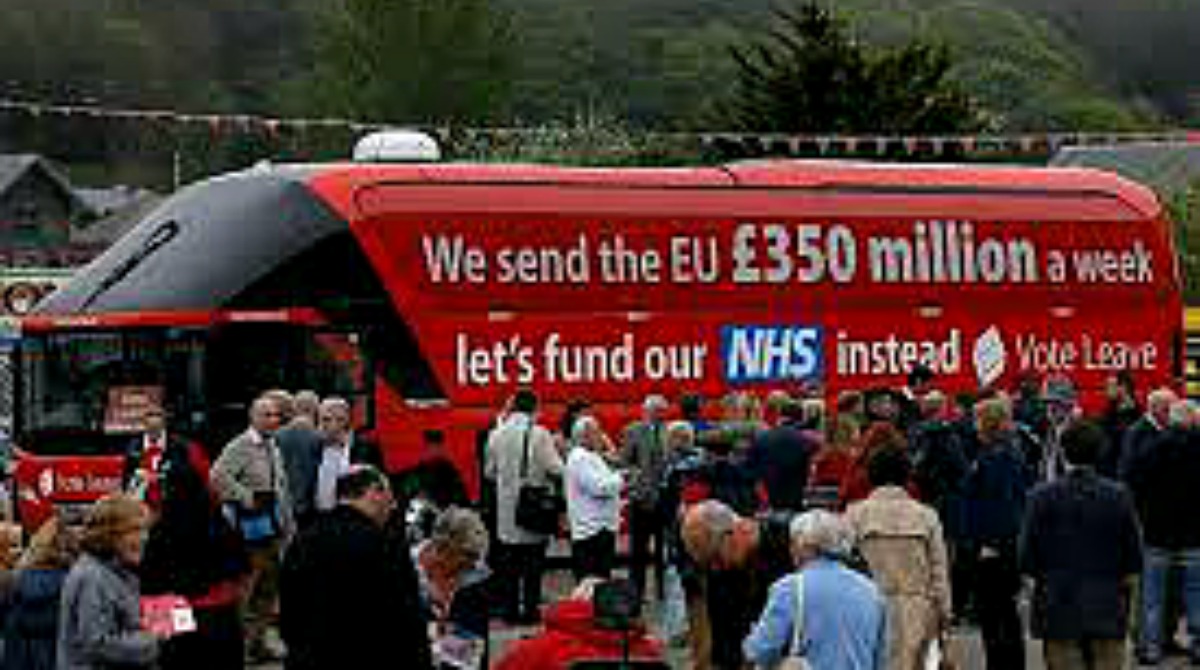 The now (in)famous article Boris Johnson wrote about Brexit in the Telegraph (on his Facebook page here) has been presented entirely in political terms. It was an attack on Theresa May, an act of disloyalty or treachery, a sackable offence, the outcome of blind ambition and his positioning for a leadership challenge.

Well ok, maybe it was such a challenge and then again, maybe it wasn’t. But what was so wrong with the article itself to have provoked such apoplexy?

For it was no more or less than a passionate reaffirmation of what Britain stands to gain from Brexit, an attack on the all-over-the-place Labour Party for betraying the millions of Labour supporters who voted for Brexit, and a robust rebuke to the chorus of obsessive, chattering-class doom-mongers who are bombarding the country with their relentless negativity and predictions of apocalypse now and for all time as a result of the British regaining democratic control of their country.

What’s wrong with any of that?

Most of the article was about the attractive possibilities for Britain after it shrugs off the EU bureaucratic and regulatory straitjacket. Wrote Boris:

“What we cannot now know – as the great French economist Bastiat observed in the 19th century – is the unseen opportunity cost of the way the UK economic structure has evolved to fit the EU over the last four and a half decades, and the productive ways that it might now evolve. But we do know one thing: that we will be able to get on and do free trade deals, to campaign for free trade that has lifted billions out of poverty and that so badly needs a new champion.”

According to Boris’s many detractors, however, his article was full of contradictions (where?) promises about Britain’s possibilities which are simply unachievable (really? which ones? and how do they know?) and an undermining of Britain’s negotiating position (how? the same critics claim Britain doesn’t have one).

Then there’s the £350 million row. Boris stands accused of repeating the Brexit campaign bus “lie” that leaving the EU would release £350 million per week to spend on the NHS. But Boris didn’t say that. Nor did the original bus advert. It said: “We send the EU £350 million a week. Let’s fund our NHS instead”.

And Boris himself similarly wrote: “And yes – once we have settled our accounts, we will take back control of roughly £350 million per week. It would be a fine thing, as many of us have pointed out, if a lot of that money went on the NHS, provided we use that cash injection to modernise and make the most of new technology.”

The £350 million figure itself is almost certainly wrong. As this analysis in the Daily Telegraph suggests, taking into account Britain’s budget rebate, plus what it stumps up on international aid that it would have to spend anyway outside the EU as long as it remained committed to its aid target, Britain gave roughly £8.4 billion to the EU in 2015 that would otherwise not have been paid out if it was not a member state. That works out at slightly more than £23 million a day or £161 million per week. But the point remains that this is a lot of money Britain would have to spend how it chose, including on the NHS. As the Telegraph observes:

“Irrespective of your opinion of the £350m per week figure, £8.4 bn is a lot of money in relation to the UK’s public expenditure as a whole. It is more than the Departmental Expenditure Limit for the Department of Justice, HM Revenue and Customs and the International Development office.Were the majority of it to go towards the NHS as Boris Johnson suggested, it would constitute an increase of seven per cent, based on 2015 prices.”

Contrary to the claims made by his critics, Boris was not prescribing how Britain should negotiate its exit from the EU. He was instead trying to scotch the destructive myths of the embittered Remainers who will stop at nothing to reverse that Brexit vote – and who are thus themselves the people who really are undermining Britain’s negotiating position. As Boris wrote:

“We have the biggest financial centre in this hemisphere – and by common consent we will still have one by the time the Brexit controversy is a distant memory. I have seen the prophets of doom proved wrong so many times.

“I am not saying that all this will be some kind of cinch. I do not underestimate the scale of the task ahead as we take back control of our destiny. All I say is that they are in grievous error all those who write off this country, who think we don’t have it in us, who think that we lack the nerve and the confidence to tackle the task ahead.”

I am no Boris partisan. But as he writes, what’s actually in his sights in this article is the “groundless and peculiar lack of confidence in Britain” that dominates the current political debate. His article is above all a passionate statement of faith in his country. That’s the real reason why so many are out to bury it.