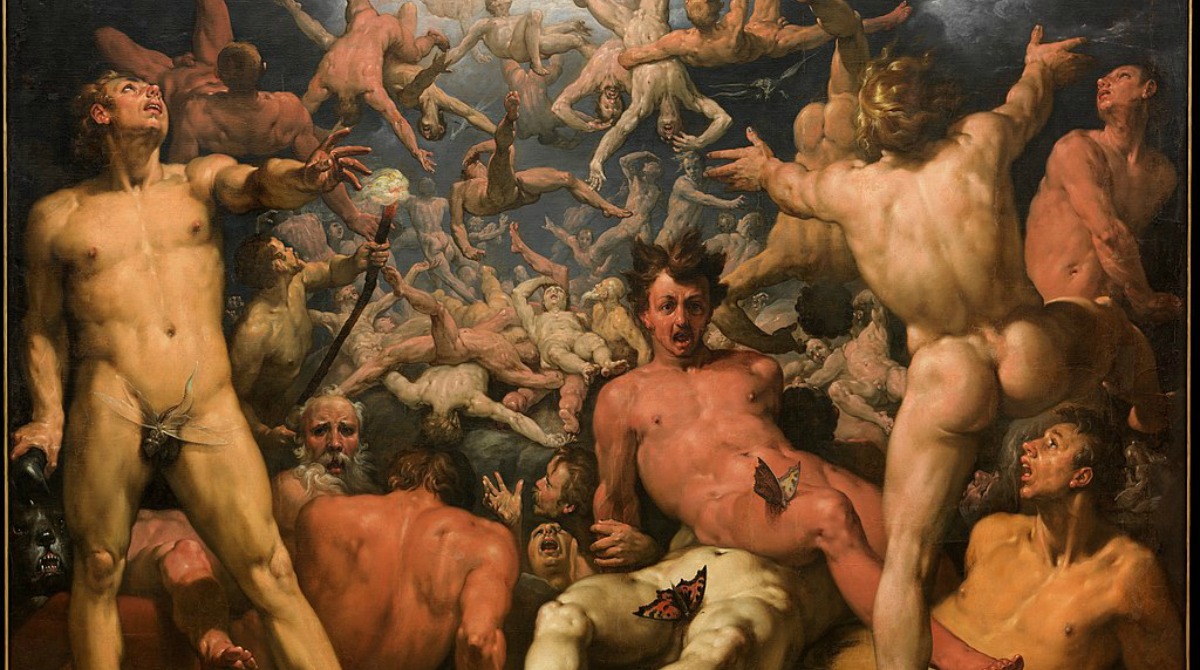 The Kavanaugh confirmation circus is not just a jaw-dropping and unedifying spectacle. It is a paradigm event in the unraveling of American and Western cultural norms.

The allegations of sexual assault against the Supreme Court nominee Brett Kavanaugh have crumbled away under their own multiple contradictions, absence of corroboration and unsubstantiated claims.

So have all those who instantly proclaimed Kavanaugh guilty as charged expressed contrition for this character assassination? On the contrary: They have merely shifted the goalposts to yet more spurious accusations.

These include his alleged teenage drinking, lying and pedophilia, along with the apparently supreme disqualification for judicial high office of having displayed anger and upset at having his hitherto stellar reputation tarnished forever through such smears.

Worse still, though the eyes of this frenzied mob, Kavanaugh himself stands proxy for every social evil or injustice.

So faced with vicious character assassination on the basis of demonstrably absurd accusations, it is the victim who finds himself dehumanized, demonized and delegitimized. Moreover, the very suggestion that he is indeed the victim is itself treated as a further outrage.

Sound familiar? It should. For this is exactly the same treatment meted out to the State of Israel and those Jews who support it.

Israel is falsely accused of crimes such as murderous aggression, colonialism and occupation of which it is not only innocent, but is in fact the victim or target. Those who call out such lies are themselves denounced as being beyond the pale for doing so.

In Britain, people are reeling from the antisemitism scandal in the Labour Party. They just can’t understand how such monstrous remarks about Jews can possibly have gained such traction. In the United States, people are similarly clutching their heads at the Kavanaugh debacle and wondering aloud how on earth America could have come to this.

Why such surprise? Anti-Israel discourse rooted in obsessive falsehoods, distortions, blood libels and conspiracy theory — the hallmarks of classical antisemitism through the centuries — has been endemic in “progressive” British circles for many years.

These transatlantic convulsions over Kavanaugh or Israel haven’t come from nowhere. They are intimately connected to far wider social and cultural trends.

Quite simply, Western civilization has become unmoored from its core principles rooted in its foundational text of biblical morality.

The rise of secularism, which gave the world tolerance and political freedom, also launched it on a trajectory that led to communism and fascism. Those have mutated in turn into a form of cultural totalitarianism based on the tyranny of the individual, the eclipse of objective truth by subjective feelings and the destruction of attachments to a particular culture by the doctrine of universal values.

This has caused the breakdown of the building blocks of Western civilization: the traditional nuclear family, the notion of education as the transmission of the culture down through the generations and the very idea of the Western nation itself.

In their place have come multiculturalism, the sexual and gender free-for-all and the modern form of tribal warfare known as identity politics. These are all based on ideology, the drive for power and above all, rage — rage at being abandoned by parents, rage at an unfulfillable sense of entitlement, rage at being cast adrift in the world with no coherent identity.

We are now living through both a revolutionary and counter-revolutionary moment. Revolutionary through Occupy, Antifa, Black Lives Matter, #MeToo. These are movements that all aim to seize power through force: physical violence or bullying, intimidation, character assassination and so on.

What’s been unleashed is beyond reason: a pathological, inexplicable, violent hatred. On Twitter, Carol Christine Fair, a Georgetown University political scientist, raged over Kavanaugh against “entitled white men justifying a serial rapist’s arrogated entitlements. All of them deserve miserable deaths while feminists laugh as they take their last gasps. Bonus: we castrate their corpses and feed them to swine? Yes.”

A Republican senator was hounded out of a restaurant; others have had to be escorted through the Capitol’s offices to protect them from protesters; personal details such as senators’ home addresses and cell-phone numbers have been posted online.

Truth is no longer recognized, nor the difference between assertion and proof. In The Forward, Jane Eisner wrote: “Christine Blasey Ford [Kavanaugh’s principal accuser] is every woman. This happens when you push us too far.”

All this venomous nonsense is wrapped up with the onslaught by our progressive classes on the Western nation as the fount of all ills.

That public anger translated itself into a counter-revolution: the twin phenomena of the Brexit vote in Britain and the Trump ascendancy in America.

So now, we are at a critical inflexion point. The old world order is giving way to new alliances. Israel, Saudi Arabia and Trump versus Iran, the European Union and the American Democratic party. The British public against the European Union, and the British political and media establishment. Western Europe against eastern Europeans who know what it is to lose freedom and who will not go gently into that darkness again.

Now some European parties standing up for their nation and culture are being vilified as racists or fascists. Some of them are indeed authoritarian and illiberal.

But the choice before us — and it is a momentous one—is not binary. It is not a choice between liberal democracy and its antithesis. And that’s because the boundaries between democracy and authoritarianism have become blurred.

Western societies, where the presumption of innocence or freedom to dissent has been eroded, are no longer liberal; they have become deeply illiberal. At the same time, previously totalitarian societies such as Russia may now boast the trappings of democracy but in reality electoral choice there is an illusion.

Where the line will now be drawn between political freedom and authoritarianism is one of the great questions of our time.

And meanwhile there is Israel, the original, ancient nation state, founded upon the moral, social and rational principles that sit at the very foundation of Western civilization.

Who can be surprised, therefore that Israel is the target of Western “progressive” venom? But for the same reason, Israel stands at the very center of the great struggle now under way to rescue western civilization.

It’s time for Israel itself, and the Jewish people worldwide, to recognize and act upon this latest manifestation of Jewish destiny.