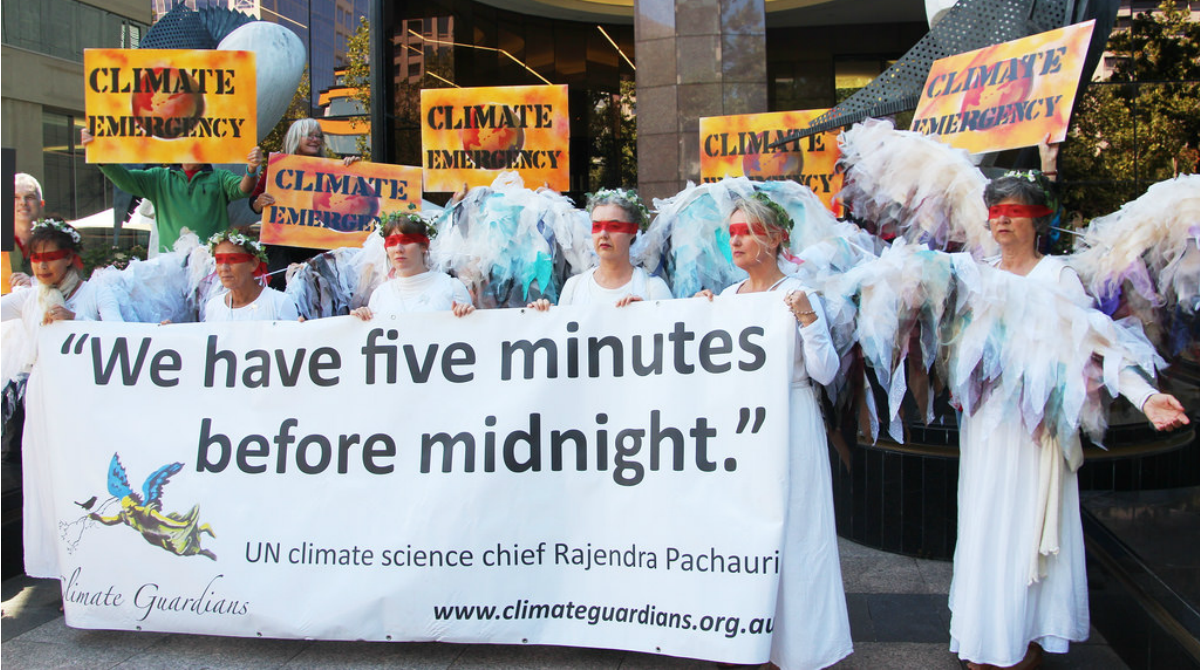 This evening, an important lecture is being delivered in London on the subject of man-made or anthropogenic global warming (AGW) theory.

If you follow BBC news programmes, you are extremely unlikely to hear anything about this important lecture.

That is because the scientist delivering it is saying that man-made global warming theory is a scam.

BBC policy is to report no challenge to AGW theory at all. The explicit statement of this policy was set out in a four-page memo by Fran Unsworth, the BBC’s Director of News and Current Affairs, which was leaked to Carbon Brief last month.

This memo maintained that man-made climate change “exists” and no-one proposing the contrary view – offensively termed a “denier” – was needed to balance the debate. “To achieve impartiality, you do not need to include outright deniers of climate change in BBC coverage, in the same way you would not have someone denying that Manchester United won 2-0 last Saturday. The referee has spoken.”

In true Soviet fashion, the BBC will now indoctrinate its journalists into misreporting the issue. It will be “offering all editorial staff new training for reporting on climate change. The one hour course covers the latest science, policy, research, and misconceptions to challenge, giving you confidence to cover the topic accurately and knowledgeably”.

In itself, this is absolutely astounding. In the BBC’s mindset, propaganda is fact and scientific facts are propaganda. Censoring information like this goes against the most fundamental BBC rules of fairness. It goes against the most fundamental rules of journalistic objectivity. And it goes against science itself. The widespread claim that “the science is settled” on AGW is scientifically illiterate. Science is never settled but is always subject to fresh discovery, analysis and challenge.

The BBC subscribes to the claim that some 97 per cent of the world’s scientists agree man-made global warming is an established fact, and that it is “denied” by only a few cranks or propagandists on the fringes of academic respectability. This is also totally untrue. I refer to many such sceptical scientists in my 2010 book The World Turned Upside Down: the Global Battle over God, Truth and Power. These include some of the most distinguished in their field who were used by the Intergovernmental Panel on Climate Change as expert reviewers of the evidence – but resigned when they realised that the IPCC, a political/ideological rather than scientific body, was grossly misrepresenting their research to support an AGW thesis that didn’t stack up.

The man delivering tonight’s lecture is one of the most eminent climate scientists in the world. He is Richard Lindzen, who until his retirement in 2013 was Professor of Meteorology at the Massachusetts Institute of Technology. He is the author of over 200 papers on meteorology and climatology and is a member of the US National Academy of Sciences. He has consistently drawn attention to the fact that AGW theory is a sham and a scam.

In tonight’s lecture, he ridicules the core premises of AGW theory that the climate, a complex multifactor system, can be summarised in just one variable – the globally averaged temperature change – and that it is primarily controlled by the 1-2 per cent perturbation in the single variable of carbon dioxide. This, he says, is “an extraordinary pair of claims based on reasoning that borders on magical thinking.”

That’s because it is dictated not by science but by politics and ideology. “A few years ago Christiana Figueres, then executive secretary of UN Framework Convention on Climate Change, said that mankind was, for the first time in history, setting itself the task of intentionally changing the economic system”.

On the evidence itself, Prof Lindzen simply shreds AGW “magical thinking” as not just irredeemably stupid but as not even saying what its hysterical exponents in the media and elsewhere say it says.

“Turning to the issue of temperature extremes, is there any data to even support concern? As to these extremes, the data shows no trend and the IPCC agrees.

“… At the heart of this nonsense is the failure to distinguish weather from climate. Thus, global warming refers to the welcome increase in temperature of about 1◦C since the end of the Little Ice Age about 200 years ago. On the other hand, weather extremes involve temperature changes of the order of 20◦C. Such large changes have a profoundly different origin from global warming.

That hasn’t stopped nonsensical hypotheses being fed into computers – whose modelling function is in any event wholly inadequate to deal with the extreme complexities of climate even if accurate data were being fed into them.

The whole thing is absurd beyond belief. Yet that hasn’t stopped the shameless production of ever more ludicrous inconsistencies, contradictions and lacunae. Today the IPCC has issued yet another prediction of climate apocalypse, giving us 12 years to limit the catastrophe of climate change.

In 2006 Al Gore said the planet had 10 years to avert climate change apocalypse. In 1989, a senior UN environmental official said entire nations could be wiped out by rising sea levels if the global warming trend wasn’t reversed by the year 2000. In 2007, seven years after that supposed tipping point had come and gone, Rajendra Pachauri, then the IPPC chief, declared: “If there’s no action before 2012, that’s too late.”

Do click here to marvel at the way the tipping point for the apocalypse has itself been tipping throughout the years.

The original IPCC report predicted that a 2℃ increase in global warming would produce planetary catastrophe. In today’s report, the IPCC claims that even half a degree of extra warming will “affect hundreds of millions of people, decimate corals and intensify heat extremes”.

Limiting global warming to 1.5℃, as it recommends, would require “rapid, far-reaching and unprecedented changes in all aspects of society” – ie, reducing carbon emissions to zero and thus plunging the world back into the pre-industrial dark ages.

And yet: global temperatures have been falling sharply since 2016 while the 21st century warming trend is half of what most climate models predicted;
Arctic sea ice is no longer decreasing but expanding and thickening;
Polar bears are not dying out but their numbers are stable or even expanding.

As Prof Lindzen says: “Misrepresentation, exaggeration, cherry picking, or outright lying pretty much covers all the so-called evidence… An implausible conjecture backed by false evidence and repeated incessantly has become politically correct ‘knowledge,’ and is used to promote the overturn of industrial civilization”.

The man-made global warming scam is the defining motif of the west’s own cultural death warrant. And that’s because it is the signature issue illustrating the western world’s repudiation of modernity, science and reason itself.