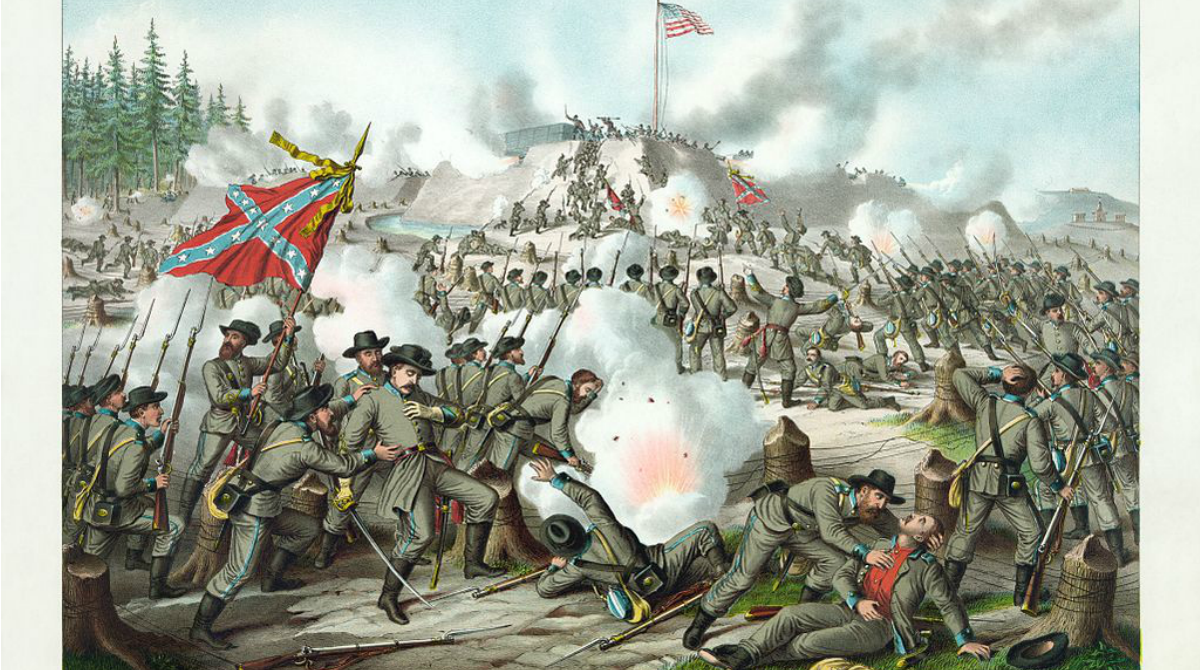 Black and white thinking, which divides the world into absolute camps of good and evil, is associated with religious fanaticism from medieval Christianity to the Islamic world.

There are now troubling signs that a secular equivalent is contributing to our current political turmoil.

There appears to be an increasing inability to grasp that people are capable of both good and bad acts. There is a corresponding failure to acknowledge that just because someone is the target of falsehoods or bigotry, that person may not always be in the right.

Recent examples have been provided by President Donald Trump’s action in Syria and, separately, criticism of the financier George Soros.

Trump has caused horror across the political aisle by pulling U.S. troops out of an area on the Syrian border with Turkey.

There were immediate fears that, as a result, Turkey would launch an invasion of northeastern Syria, kick out the U.S.-backed Kurds who control the region and settle around 1 million Syrian refugees there. These fears became a grim reality on Wednesday when Turkey launched airstrikes and artillery barrages on Kurdish forces; civilian casualties began to mount, with thousands of Kurds fleeing their homes.

Apart from betraying America’s allies, facilitating an attack on the Kurds, who were so instrumental in defeating Isis, could mean the return of that lethal terrorist group. Worse still, the proposed Turkish buffer zone would almost certainly become another Iranian front — something that’s causing acute anxiety in Jerusalem.

Among Jews for whom Trump is a hero because of his strong support for Israel by moving the U.S. embassy to Jerusalem and withdrawing America from the lethal Iran nuclear deal, there’s now bewilderment and denial.

How can he have empowered Iran in this way when he has previously done so much for Israel? they ask plaintively.

Well, very easily if you are Donald J Trump, for whom everything is a transaction, who has no patience for detail and who tends to think from his gut rather than with his brain. The result is strategic incoherence.

His affection and support for Israel are not in doubt. But he is also an isolationist, and one of his election pledges was to pull American troops out of foreign wars.

He repeated this week that there wasn’t much to show for America’s participation in these wars. But the fact that some were mishandled and all are difficult is no reason to pull up the drawbridge.

Indeed, Trump may find that displaying a desire to cut and run may well end up dragging America into wars that are very much worse.

The irony is that his isolationism is mirrored among his foes on the left. They oppose wars against America’s enemies because they tend to support those enemies. Trump opposes any foreign wars, period.

The Democrats have nevertheless piled in with the Republicans against this betrayal of the Kurds. Of course, the fate of the Kurds is a wonderful new stick with which to beat the president, and attacking Trump remains the only show in town for Democrats.

His outrageous treatment at their hands is due to the fact that he is the only man ever to have presented a roadblock to the left’s anti-west, anti-white and anti-Israel agenda, and his success in mobilizing millions who want America to be “great” again has driven the Democrats totally nuts.

But because Trump has been the genuine victim of an attempted coup to remove him — on account of his high crime and misdemeanor of having been elected president in the first place — that doesn’t mean everything he does is right.

The onslaught against the president, plus his support of Israel, has made many Jews who are not on the left into his passionate partisans, locked in verbal battles not just with Democrats but also with Republican “never-Trumpers” whose attacks on the president have been scarcely less unhinged.

This has blinkered these Trump partisans to his faults. Filtering judgment through such a prism, instead of assessing his every action on its merits and with an open mind, is alarming.

Black and white thinking was also on display recently in Britain when Conservative Parliament member and leader of the House of Commons Jacob Rees-Mogg got into a spat over George Soros.

In the Commons, Rees-Mogg observed that Soros had made a $1 billion profit when he speculated against the pound in 1992. This was when the United Kingdom came to grief over the European Exchange Rate Mechanism, which Britain disastrously joined and even more disastrously had to leave.

This comment produced a torrent of criticism and calls for Rees-Mogg to be sacked. One Labour MP accused him of “feeding anti-Semitic conspiracy theorists with this thinly veiled dog whistle.” The Jewish Labour Movement said his comment “plays straight into the far-right’s anti-Semitic rhetoric of a shadowy Jewish conspiracy meddling in politics.”

This was absurd and unfair. Rees-Mogg had been responding to criticism of his political ally Crispin Odey, a hedge-fund manager who another Labour MP claimed had “made £220 million overnight” by shorting the pound immediately after the 2016 referendum.

Soros, said Rees-Mogg, had made “five times as much” and might therefore be called “a better hedge-fund manager.” Soros had infamously “broken the Bank of England” in one of Britain’s blackest periods in recent history. So in context, the comment was an appropriate riposte.

Soros, however has been placed beyond criticism by the left, who deploy his Jewish identity as a shield to protect his activities that advance their various agendas. As a result, all criticism of Soros is immediately denounced as antisemitic.

Ignore for the moment the supreme irony of the anti-Jewish and Israel-bashing left displaying pious outrage that Soros is the apparent victim of such bigotry.

Some of the treatment he gets undoubtedly does dish this out. Neo-Nazi and far-right extremist websites depict Soros in crude antisemitic terms, dwelling gratuitously and offensively on his Jewish identity.

But there are legitimate grounds for concern over Soros’s influence.

Through his Open Society Institute, he has poured billions of dollars into global causes promoting his vision of a world remade as Planet Woke. He is for mass immigration and against borders and Western national identity; he is for victim culture and drug legalization; and he supports extremist movements such as Extinction Rebellion and Black Lives Matter.

In short, he is a profoundly destabilizing force. So to smear all his critics as antisemites is at best ignorant and at worst manipulative.

Political positions are becoming dangerously binary. You support or attack a person or a cause just because you like or dislike the people who are supporting or attacking that person or cause.

You defend globalization because ultra-nationalists and neo-fascists attack it; and because some of these people attack it in addition as a Jewish conspiracy, you call everyone opposed to globalization an antisemite or neo-fascist.

Life, however, isn’t binary. People are contradictory; issues are complicated. Black and white thinking, which puts people into rival armies taking potshots at each other, is dangerously eroding intelligent debate.