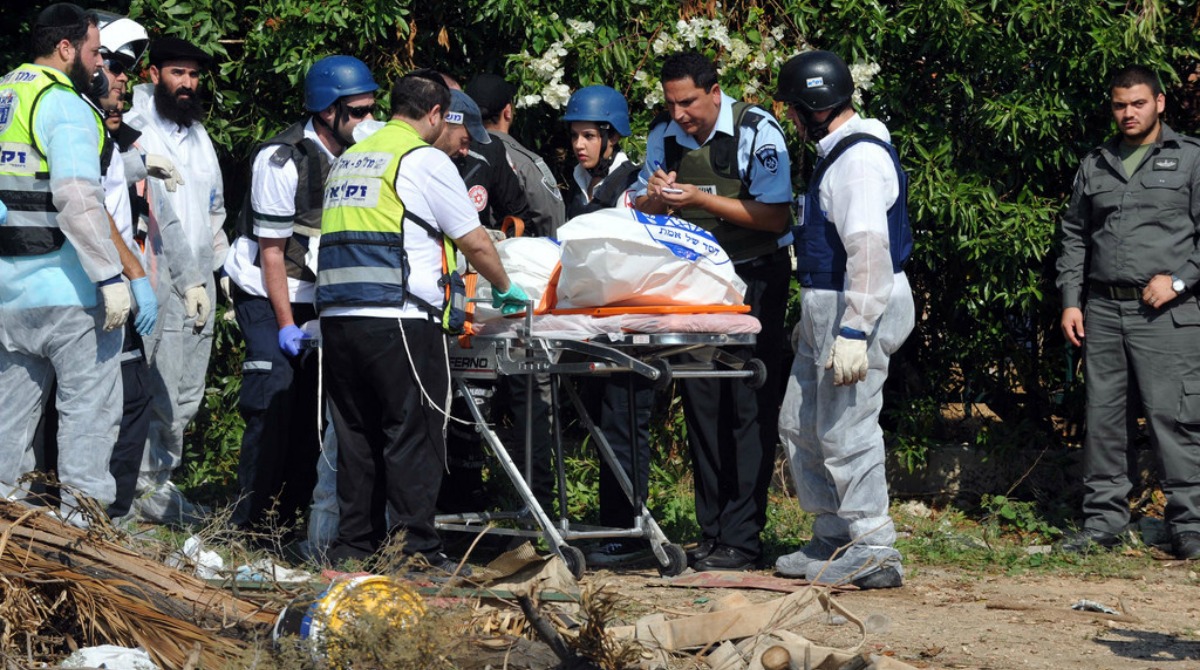 Suppose Scotland and Wales were not part of the United Kingdom. Suppose Scotland was effectively controlled by… oooh, I dunno, let’s say, Russia, which had installed underneath residential buildings throughout southern Scotland 120,000 missiles pointing at England which Russia repeatedly threatened, in the most demented and blood-curdling terms, to annihilate.

Now suppose that Wales, which for decades had been inhabited by people who had long pledged to annihilate England and who – now also backed by Russia –  had repeatedly attacked it over the years with missiles; who had for months been trying to storm the border with England and attacked it with aerial incendiary devices, as a result of which thousands of acres of English farmland had been incinerated and destroyed; and who had also been building tunnel networks running into England through which they intended to infiltrate the country and slaughter as many English people as possible.

What do you think the English government would do?

Now suppose that some kind of botched clandestine operation in Wales by English special forces – to try to protect England from further attack – was used as a pretext for the terrorist regime running Wales to fire hundreds upon hundreds of rockets into England, causing fatalities and injuries by direct hits on buses and houses and apartment buildings in, say, Bristol or Salisbury and threatening to hit other cities including London; and that the only reason thousands of civilians had not been killed was that they had shelters in which they had been forced to live for long periods over many years.

What do you think the English government would do? Do you think there’s any doubt that, long before such rocket barrages could be unleashed against it, England would have flattened Wales?

And if instead of doing so England had enabled essential supplies of food, fuel, medicines and the like to be transported into Wales, as a result of which England’s attackers were able to continue firing rockets and other missiles at its civilian population, do you think there’s any doubt that the rest of the world would conclude that England had descended into collective insanity?

Yet that is broadly what Israel has been enduring under sustained onslaught from the Iran-backed Hamas regime running Gaza, and how it has responded. Even after months of attacks from aerial incendiary devices and missiles, Israel enabled essential supplies to continue to arrive in Gaza. Its own missile strikes intended to stop the current rocket attacks since last weekend have been directed principally at buildings in Gaza emptied of people. It is very conspicuously holding off from an all-out military incursion to finish off Hamas once and for all.

Not surprisingly, this is provoking fury within Israel, where such self-restraint in the face of what any other country would respond to with maximum force seems to so many simply incomprehensible.

Israeli threats to Hamas of what it will face if it doesn’t desist seem mere empty bombast. Even now, with some fifty soldiers narrowly escaping being massacred in a bus deliberately targeted by a Hamas missile which left one of them critically injured, even with fatalities being caused and injuries being sustained and thousands of Israelis in the south of the country utterly traumatised under relentless rocket fire which gives some of them as little as 15 seconds to take cover – even with all this Israel is still holding back. And the nauseating gloating by Hamas, claiming not only victory but also that Israeli ministers would “pay with their political careers” for Israel’s “failure”, of course rubs salt in the wound.

One explanation for Israel’s restraint believed by many is that it’s frightened of the reaction by the international community if large numbers of Gazans start getting killed by Israeli military action. There may be some truth in that, shocking as it is that Israel’s so-called “friends” may thus not allow it adequately to to defend its people.

Another reason is that Israel’s prime minister, Benjamin Netanyahu, is famously war-averse. A third explanation – which infuriates many Israelis still further – is that Israel wants Hamas weakened but remaining in power; it doesn’t want to remove it and create a vacuum which may be filled by a regime that is even worse. A fourth is that Israel does not want to re-occupy Gaza, which it would need to do in order to ensure an end to the violence.

Here’s a further suggestion: that Netanyahu believes Iran is setting a trap for Israel, luring it into committing its forces to all-out war in Gaza – and then, when it is fully extended there, launching those 120,000 Hezbollah rockets targeting the whole of Israel from Lebanon.

The one way to avoid this appalling possibility (and cripple Hamas) is to bring about the destruction of the Iranian regime itself. And to that end, while the Gaza attacks have to be stopped, Israel has to avoid walking into the trap set by Iran while the US sanctions noose is tightened around Iran itself.

It may be, though, that Israel has no alternative but to mount a major military exercise against Hamas. If and when that happens the malevolent western media, which has shown such conspicuous indifference towards the suffering in Israel under Hamas attack (even blaming Israel for its own victimisation, of course) will suddenly decide the “story” in Gaza has now kicked off – and will turn itself once again into the propaganda weapon of a genocidal regime determined to wipe out Israel and every Jew in its path.

So before that happens, gentle British readers, please consider the above and wonder how you would feel if you were in Israel’s shoes right now. When the BBC and other media outlets start telling you once again that the Israelis are gung-ho, trigger-happy child-killers, remember the unprecedented restraint Israel has shown in the face of the genocidal onslaught against it. And share a thought and even a prayer for that brave, embattled, tiny and so much misunderstood country, fighting barbarism on behalf of civilisation itself.