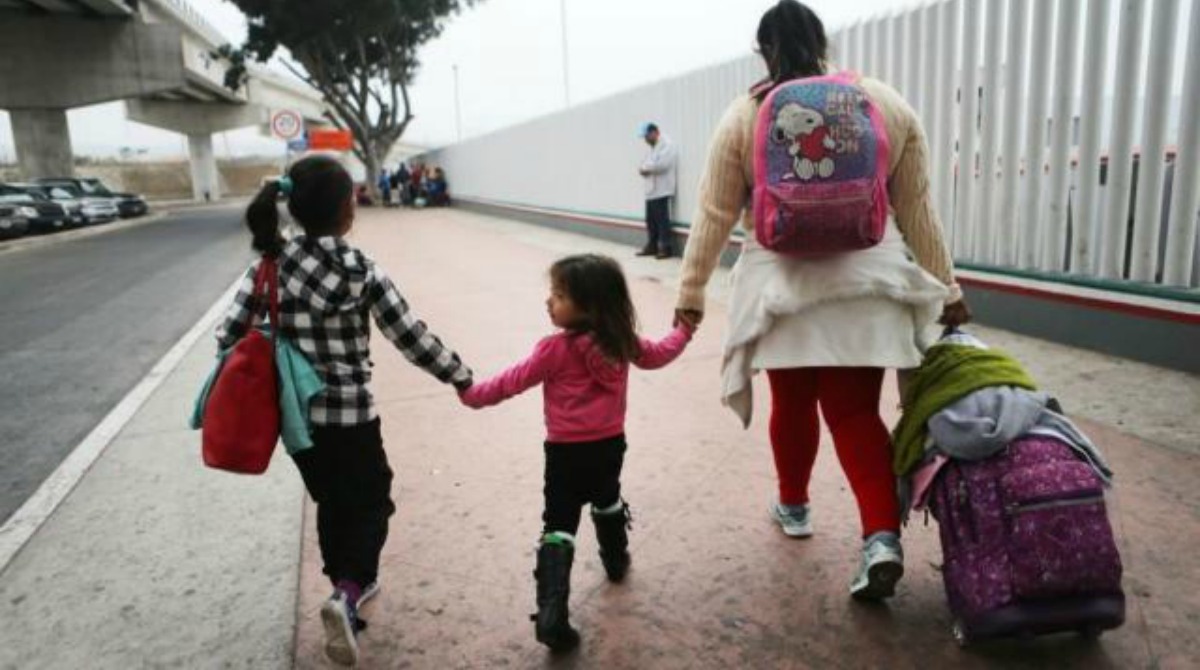 You really do have to rub your eyes very hard indeed at the grotesque hypocrisy, distortion and unhinged hatred that have erupted in reaction to the “crying migrant children” at the Mexican/American border.

It has even given rise to abuse of the memory of the Holocaust.

More than 2,500 migrant children from Latin America have been separated at the Mexican border from their parents (or other adults accompanying them) who were arrested after trying to immigrate illegally into the US.

Amidst distressing recordings of small migrant children crying, the people who have accused President Trump of wilful cruelty are posing as being motivated by compassionate concern for the children’s welfare.

Nothing could be further from the truth. They were using these children’s plight to attack Trump.

For sure, separating children from their parents is horrible and something that shouldn’t happen unless absolutely unavoidable. But these critics are not concerned about the welfare of these children.

For here’s what the media and other critics have simply ignored. Far worse than the plight of these 2,000+ accompanied children separated at the border is what has happened to the 10,000+ unaccompanied children sent to the US by their parents – this despite the appalling risks of abuse, attack and other dangers to which these parents are exposing them by sending them to breach the border alone.

A a border patrolman explains on this clip to a staggeringly ill-informed CNN interviewer, he and his colleagues are encountering unaccompanied illegal migrant children who have been subjected to appalling experiences on their journey: 12 year-old girls equipped with birth control pills by their parents who know they are likely to be raped en route; a four year-old girl travelling alone with her parents’ phone number merely written on her shirt; a nine year-old unaccompanied boy who dropped dead in front of the horrified officers from heatstroke.

Yet there’s been not a peep of concern about the plight of those children. No-one even mentions them – because the people responsible for this serial child abuse are the children’s own parents. And the whole point of the uproar is to hammer Donald Trump.

So he’s accused of cruelty to the 2,000+ separated from their parents at the border. What’s more, he’s accused of causing this distress deliberately. Watch the CNN interviewer in the clip (around eight minutes in) claim there is no law that requires children to be separated from their parents and it’s simply Trump’s policy to do so! She appears not even to know that in 1997 a legal decree known as the Flores settlement banned the detention of children for more than 20 days – and that, unlike people arriving from Mexico itself, the people now trying to migrate from other Latin American countries pose more complications and take much longer to process.

It is because of the Flores settlement that the children are taken away from their parents — as happens to all children if their parents commit any crime for which they are incarcerated – as a more humane option than locking them up. Until now the only alternative, if these families are to be kept together, has been to disregard immigration law and allow them to disappear into America.

So what the vacuous CNN Trump-basher couldn’t get her head around was that the difference over the past few months was not that Trump decided to be cruel to migrant children because he’s an evil heartless bigot, but that he decided to enforce the law.

Clearly this was done in a ham-fisted way. Either he or Congress should have ensured that what’s belatedly happening now in the wake of the furore – the construction of family detention facilities – should have happened before he embarked upon “zero tolerance” of immigration law-breaking.

The bottom line, though, is that Trump is attempting to enforce immigration law for the first time in years – and thus keep his promise that he would do so to those who voted for him.

Grotesquely, they even created “sanctuary cities” to provide “sanctuary” for immigration law-breakers who would be able to do so there with impunity. For the increasingly ill-named Democrats, the rule of law is a positive impediment to their goal of transforming American society altogether. Even without the separated children, anyone who wants to uphold immigration law and border controls and defend the security and integrity of the nation against mass uncontrolled immigration is damned as a bigot, racist and xenophobe.

So the “crying children” separated from their parents have been cynically used as a weapon to paint Tump as an absolute monster. And my goodness, just look at how this has been done – with hysterical overreaction, bullying and incitement, wicked decontextualisation and selective reporting and outright lies.

The now infamous cover of Time magazine, showing a sobbing Honduran toddler being confronted by the looming figure of President Trump, was a lie: as the child’s father subsequently told the press, the little girl had not been separated from her mother, who was falsely claiming asylum, at all.

Unhinged regardless by this apparent proof positive of the monstrous character of their cartoon villain, Trump’s enemies have instead revealed themselves to be in a very dark place indeed.

Peter Fonda tweeted “We should rip Barron [Trump] from his mother’s arms and put him in a cage with paedophiles”. Referring to the Homeland Security Secretary Kristjen Nielson with an obscenity, Fonda also tweeted that she should be “pilloried in Lafayette Square naked and whipped by passers-by while being filmed for posterity”.

Previously anonymous US Immigration and Customs Enforcement officers have been outed on social media and threatened. A Twitter account promoting “Occupy Wall Street” posted an infographic glamorising the murder of ICE agents for its more than 200,000 followers.

A Florida man was locked up after he allegedly threatened to murder the children of a Republican congressman, saying: “If you’re going to separate kids at the border, I’m going to kill his kids”. And so on and disgustingly, terrifyingly on.

Forced by the uproar to sign an executive order ending the separation of migrant children from their families (an order which itself may not survive scrutiny by the courts) a furious President behaved in character (alas) and lashed out. He tweeted: “Democrats are the problem. They don’t care about crime and want illegal immigrants, no matter how bad they may be, to pour into and infest our country…”

He should not have said “infest”, a word one uses about insects or vermin. It’s typical of Trump’s lazy and offensive use of language which, from the mouth of a US President, demonstrates inexcusable sloppiness.

But those who have leapt upon his use of this word as further proof that he regards immigrants as “dehumanised” have remained strangely silent over France’s President Macron likening “populist” political parties to “leprosy” rising across Europe. Those who have objected to Trump “dehumanising” migrants don’t object, it seems, to likening millions of European voters to a disease. And that’s because they too think of such parties and their voters in precisely these terms, as demonstrated by their own repeated dehumanisation of such people as “rabid”.

Worse still, the separation of 2,500+ illegal migrant children at the Mexican/US border is being likened to the Holocaust. General Michael Hayden, the former NSA director, tweeted a picture of Auschwitz with the legend: “Other governments have separated mothers and children”.

Last week, Vanity Fair published the claim of an anonymous “outside White House adviser” that Trump’s speech-writer and aide Stephen Miller “actually enjoys seeing those pictures at the border. He’s a twisted guy, the way he was raised and picked on He’s Waffen-SS.”

Miller is a Jew. But for Vanity Fair, it seems, even a Jew must be a Nazi if he’s associated with Donald Trump.

How can one view all this other than as a wholesale departure on the left not just from decency but from reason itself?

Worse yet, there are even some Jews who are parroting the same analogy between America’s separation of migrant families and the Holocaust. This really is beyond jaw-dropping: the comparison between the temporary separation of children from their parents – however ill-judged or unpleasant a policy – in the interests of upholding the law in a democratic society whose core civic value is the rule of law, and the Nazi genocide – simply because this too involved the separation of children from their families. If these commentators really do believe –as they suggest – that separation of families is the first step to the gas chambers, then they are not only unhinged by their hatred of Trump but have revealed their own shockingly shallow and facile grasp of the Holocaust itself.

These same commentators vilify all in Britain who voted for Brexit, along with Europe’s burgeoning “populist” parties and their voters – simply because they want to uphold the rule of law, national security and border control and managed, limited immigration – in the same terms: as racists, bigots, xenophobes and incipient Nazis.

The boot’s on the other foot. This is liberal fascism.