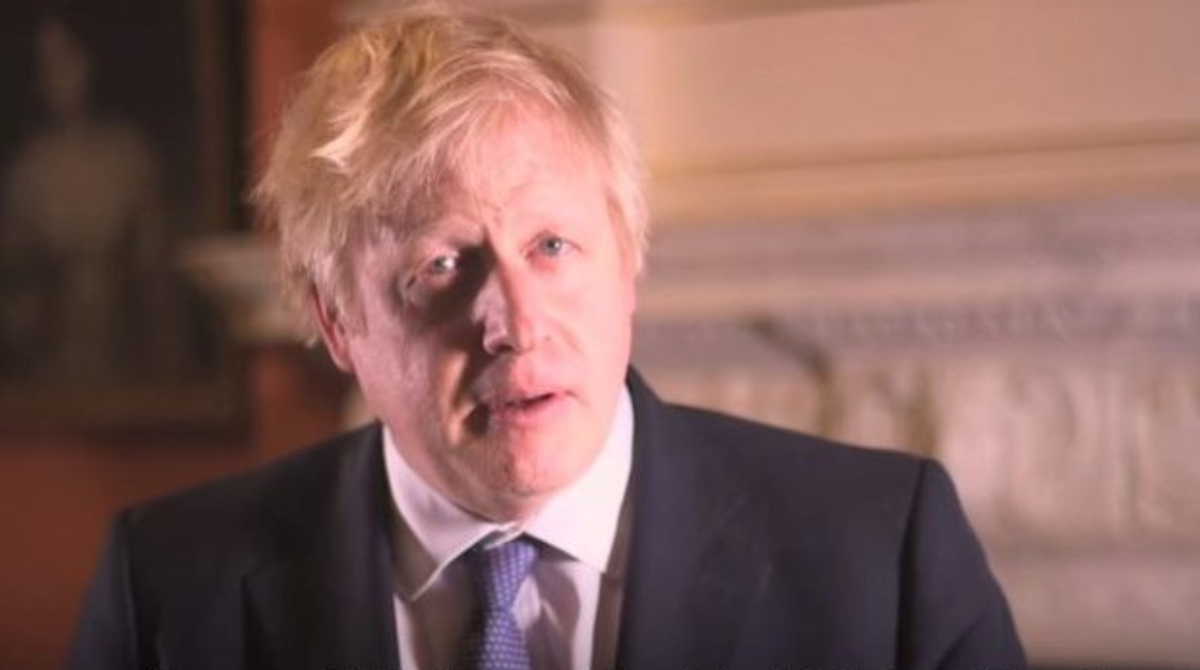 Is the British government beginning to change its century-old attitude of ambiguity towards Israel and come out instead as its unequivocal friend? Don’t get too excited just yet.

Going far beyond predictable seasonal bromides, he delivered a very pointed profession of heartfelt support. The festival of lights, he said, was a time to celebrate the Jews’ unique identity.

“When the Maccabees drove the forces of darkness out of Jerusalem, they had to do so on their own. Today, as Britain’s Jews seek to drive back the darkness of resurgent antisemitism, you have every decent person in this country fighting by your side. Because Britain would not be Britain without its Jewish community. And we will stand with you and celebrate with you – at Chanukah and all year round.”

Cynics might say that Johnson was merely playing politics. A great deal of effort had gone into his Chanukah message, which was produced to a high standard; and his words, read from a teleprompter, were very carefully chosen.

So you could say that this was principally intended to rub the nose of Jeremy Corbyn’s Labour Party in its own Jew-baiting ordure. After all, the prime minister needs to consolidate his support among all those natural political opponents who held their nose to vote for him merely to prevent the national calamity of Corbyn coming to power.

But whether or not Johnson really does love the Jewish people, he is surrounded by some exceptionally pro-Israel and pro-Jewish minsters in powerful government positions.

These include, in particular, the Home Secretary Priti Patel; the Chancellor of the Exchequer Sajid Javid (who comes from a Muslim background and has said his father taught him to “love Jewish heritage very much and appreciate it”); and Michael Gove, whose quaintly entitled post, Chancellor of the Duchy of Lancaster, allows him to function as a key member of Boris Johnson’s inner-circle of thinkers and strategists.

This is bearing at least some fruit. The government has confirmed it will ban local councils from boycotting Israel. As the prime minister told parliament, this would stop public bodies “from taking it upon themselves to boycott goods from other countries to develop their own pseudo-foreign policy against a country which with nauseating frequency turns out to be Israel.”

And next month, Prince Charles will attend the World Holocaust Forum in Jerusalem to commemorate the 75th anniversary of the liberation of the Auschwitz-Birkenau death camp. This will be only the second official visit to Israel by a member of the royal family since the State of Israel was founded in 1948, the first being by Prince Charles’s son Prince William last year.

However, the heir to the throne will also be visiting “the occupied Palestinian Territories.” And there’s the rub.

Moreover, Israel is legally entitled several times over to retain and to build in these territories; indeed, the Jews are the only people to whom in the 1920s the international community gave the right to settle in them.

If Johnson’s words mean anything more than a warm hug for the Jewish people, he would end the gross distortion of international law promoted by the U.K. foreign office and instead assert the truth — that there is no basis whatever for claiming that Israel is behaving illegally in retaining and settling the territories under dispute.

If the British government were a real friend to Israel, it would state that the United Kingdom will withdraw from the International Criminal Court if it agrees to the preposterous attempt by its chief prosecutor, Fatou Bensouda, to recognize the non-existent state of Palestine in investigating Palestinian claims of Israeli “war crimes” in these territories.

It would also end all aid to the Palestinian Authority while the P.A.continues to reward the families of those who have murdered Israelis, and while it pumps out anti-Jewish and anti-Israel incitement.

Instead of mainly abstaining at the United Nations on its disproportionate resolutions against Israel, a truly friendly British government would vote them down. Otherwise, Johnson’s all-too-correct Hanukkah broadside at states which “develop their own pseudo-foreign policy against a country which with nauseating frequency turns out to be Israel” would prove to be hollow words.

And as a true friend of Israel, instead of condemning America’s decision to move its embassy to Jerusalem, Britain would follow suit. After all, in his Hanukkah message the prime minister said correctly that “the Maccabees drove the forces of darkness out of Jerusalem.”

The Maccabees did indeed reclaim their own Judean capital from colonialist occupation and oppression. And yet Johnson’s government, like its predecessors, continues with the fiction that part of Jerusalem is an “occupied Palestinian territory.”

Through such ostensible even-handedness, the British government has been supporting for years a Palestinian agenda that is predicated on the destruction of Israel. And that’s why the menace of antisemitism in Britain extends far more widely and deeply than Corbyn’s Labour Party.

This isn’t surprising at all, given the unremitting pro-Palestinian propaganda and corresponding incendiary falsehoods about Israel that are standard discourse on the BBC and other media, as well as in the universities.

Instead of fighting these untruths, the government actually reinforces the lies attempting to write the Jews out of their own history. These help fuel both anti-Israel hatred and the Jew-baiting that such discourse inevitably licenses and sanitizes.

In America, U.S. President Donald Trump is a true friend of Israel and the Jewish people. That’s because he doesn’t try to drive a wedge between the one and the other, and he recognizes the link between hatred of Israel, hatred of Jews and hatred of America.

Johnson has yet to show he understands that those who attack Israel have the West in their sights, too. He owes his large parliamentary majority to the patriotic British working class who understand precisely that. But for Britain’s intellectual governing class, hatred of Israel is its signature motif.

If Boris Johnson really wants to stand with the Jewish community against the forces of darkness, then he needs to start educating the public in the truth about Israel and its enemies.

He needs to start telling people about the Palestinians’ eye-watering antisemitism, about their repeated refusal of a Palestine state and their real aim to exterminate Israel.

He needs to start telling the public that the Jews are the indigenous people of the land. He needs to explain to them that antisemitism is not a prejudice like any other but is unique in its deranged nature and scope.

We shouldn’t hold our breath. But then again, given these extraordinary times, who knows?