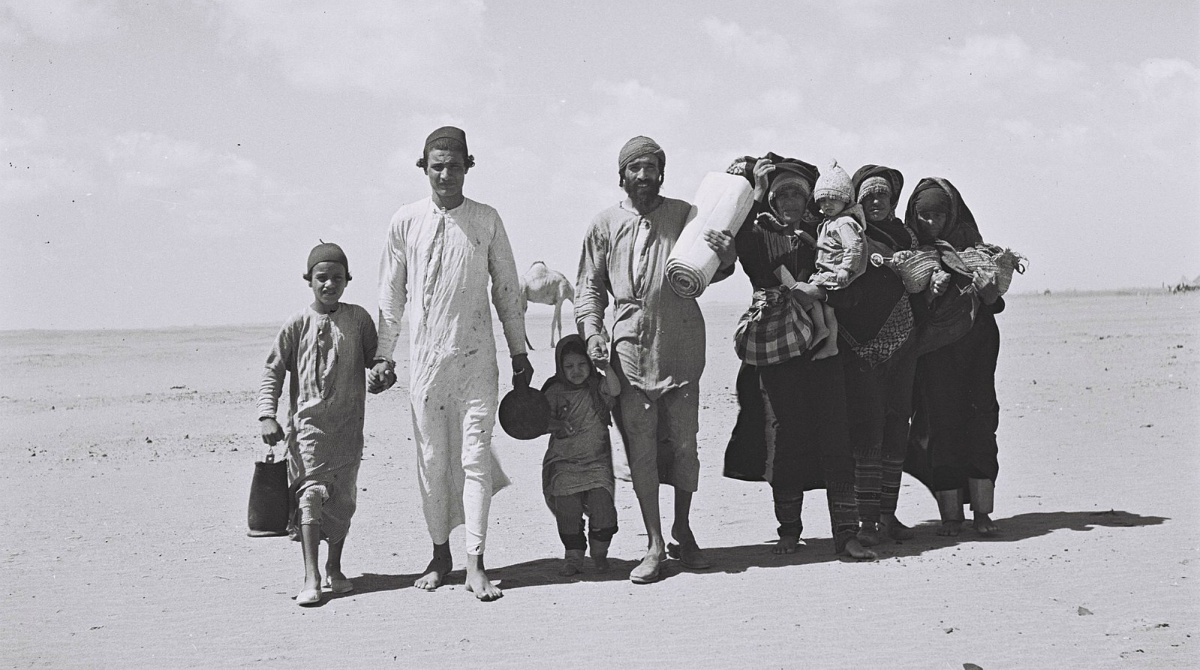 The experience of being an immigrant group and living as a minority in an often hostile culture is, of course, one that diaspora Jews know only too well.

There are obviously huge differences, though, between the Jewish and black experience. Yet one of the most important is overlooked.

In Britain and America, as we have seen over the past few weeks, a movement is under way to rewrite American and British history with the aim of changing the culture. The charge is that white society is endemically racist.

This is supposedly demonstrated by the failure of western society to acknowledge the cultural sins of slavery and colonialism. The failure sufficiently to trash this history and airbrush out of cultural memory all who have associations with it is said to prove that “white privilege” still rules.

Leave aside the fact that such demonization of white society is itself racist. Leave aside, too, the fact that Britain and the United States have long flagellated themselves over colonialism and slavery through their educational systems.

It you listen carefully, you’ll hear something pulsating beneath the anger about “white privilege.” In the complaint that colonialism isn’t taught, there’s something much more distressed: the cry that black people can’t see themselves in the picture of western society that’s being taught.

Back in the 1980s, it was claimed that black children couldn’t be expected to relate to education unless they saw themselves in the stories it told. So instead of teaching them about the unique institutions and events that had made Britain or America what it was, they would be taught about what was said to be their own history under British colonialism and American slavery.

They wouldn’t be taught the truth that colonialism and slavery had been universal. They would be taught instead that these were the special sins of white society.

In fact, this was the best way to keep black people marginalized. For to take their place as equals in British or American society, they needed to be taught first and foremost about the culture in which they were living. To succeed in a different culture requires being taught it. If that teaching is censored, such children will always be at a disadvantage.

This is something that diaspora Jews have always known. Jews who arrived in America and Britain around the turn of the 20th century understood that, if their children were to prosper, they needed to be inducted into those countries’ culture.

Many black or ethnic minority people are also ambitious for their children. They harbor no deep-rooted hostility to white people and, particularly among black church-goers, are demonstrably sympathetic towards the Jewish people.

Yet why is such a distressingly high proportion of those communities so angry with white society and so prejudiced against the Jews? Why do they feel a bottomless need for public recognition of their group victimization?

Jews (other than the ultra-orthodox) have never felt threatened by being taught western culture. While they are deeply concerned by the failure to stop antisemitism, they have never felt wounded to their very soul because their oppression isn’t sufficiently recognized in the British or American education curriculum.

After all, if every antisemite was excised from western history or literature, there would be precious little western culture left at all. Diaspora Jews don’t need to be validated in that culture because Judaism places such high priority on constantly educating Jews themselves in their identity and purpose in life.

In stark contrast, those most insistent that western society has to be reframed around the history of black enslavement and colonial oppression perhaps feel most adrift in the world.

This gets translated into an intense resentment at the society whose culture is (or was) defined and confident. Worse still, in the vacuum created by an education system that repeatedly tells them they are victims of rapacious white society, their identity has become constructed around that resentment.

Many factors are fueling this black sense of dislocation. First is the prevalence among African-Americans and Afro-Caribbeans of shattered family backgrounds.

Of course, family breakdown occurs in great measure in white society too. And there are many examples of lone-parent households succeeding against all the odds in raising their children successfully.

But relatively speaking, children with fragmented family backgrounds suffer a range of lasting disadvantages and problems —one of which, especially among boys and young men, is an inchoate rage at the world.

Which is why so many from such backgrounds, black and white, drift into educational failure, drugs and violent crime. Conversely, minorities such as the Jews, Indians or Chinese are most successful because of their strong, traditional family lives.

The second factor is the absence of religion. Not only do religious rituals and observances provide a crucial structure of support, but no less important is the sense of purpose and meaning they bring to otherwise rootless lives.

Third, those who define themselves as the descendants of slaves do not have a collective history in which they feel they can take pride.

Last, but by no means least, is a particularly baleful phenomenon. In his book The Tyranny of Guilt, Pascal Bruckner pointed out that, while slavery has been practiced across the world, it was the west which abolished it. Yet as he asked, why is it only the west that is blamed for it while Africa and Asia are exonerated from all responsibility?

The answer is white guilt, as Shelby Steele pointed out in his 2006 book of that name.

Black rage, he wrote, seizes its opportunity from the perceived weakness of the white oppressor, even when there is no injustice.

Black rage started rising in America after the great civil-rights victories were won in the ’60s. White guilt then made racism into “a valuable currency for black Americans”. It gave them a political identity with no real purpose, except the manipulation of white guilt.

This doctrine was then turned into a toxic cultural poison by the immensely influential Columbia University literature professor Edward Said. He fused American racism and European colonialism, and represented Palestinians as the essential darker-skinned “Orientals” who were its supposed victims. At a stroke, he thus transformed Israel into the every embodiment of white supremacy.

As a result, Israel is viewed as a white-colonialist enterprise by those who subscribe to these ideas. Given that most Israelis are not white but dark-skinned, this is absurd. But then, in today’s upside-down world, whiteness is not a pigment but an ideology.

Last week, a workshop at the University of London’s School of Oriental and African Studies, called “Jews and whiteness in colonial spaces,” set out to associate Zionists, African Jews and eastern Mizrahi Jews with “whiteness” and thus turn them all into oppressors.

Who can be surprised? For “critical race theory,” part of post-modern academic orthodoxy, holds that science, reason and evidence are a “white” way of knowing. Crazy or what?

So both Israel and western society are falsely denounced for “white imperialism,” even black or brown-skinned Jews are white, and George Orwell is spinning in his grave.