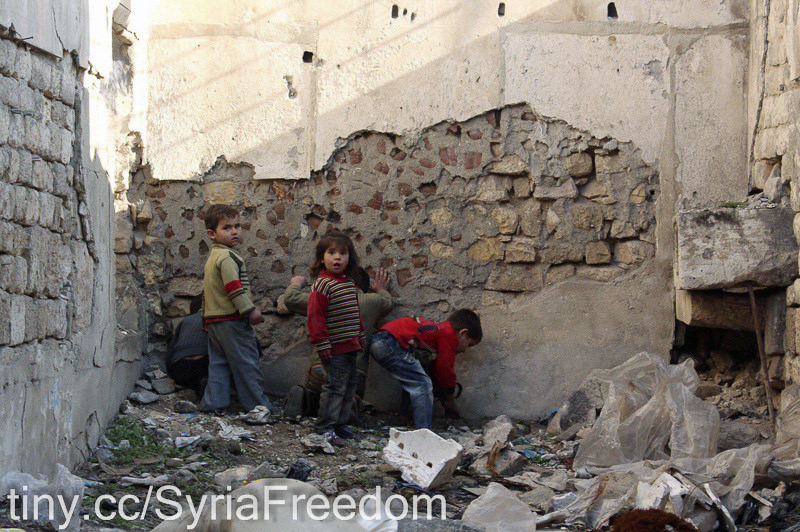 The hand-wringing by western politicians and commentators over the appalling humanitarian catastrophe in Aleppo reveals something far worse even than the nauseating virtue-signalling of pointlessly blaming themselves for having decided not to bomb Syrian President Assad’s forces. It reveals they still don’t understand just how morally culpable they actually are.

The current breast-beating is all about how the US and Britain made a terrible mistake in not bombing Assad’s forces years ago in this dreadful war.

But the issue that made them back away was valid then and remains valid now: that those who might come to power if Assad were removed would be as bad, if not worse, for both the Syrian people and the rest of the world.

People were, however, totally missing the point then just as they are doing now. Assad is the puppet of the Iranian regime whose infernal purposes, in gaining regional power in order to perpetrate genocide against Israel and jihadi terrorism against the west, he dutifully serves. Iran needs Assad in power. Without Iran, Assad would not be committing these atrocities. To stop him, the west needs to stop Iran.

In July 2013, I said on BBC TV’s Question Time that to deal with Assad Iran needed to be neutralised. I didn’t specify the means; had I been given the opportunity, I would have said that whether by diplomatic isolation, effective sanctions, support for Iranian dissidents or in the last resort military force the threat from the Iranian regime had to be stopped. Look here, though, at the reaction I received from both the studio audience and one Boris Johnson, then Mayor of London and now Britain’s Foreign Secretary:

The hand-wringing over the involvement by Russia’s President Putin, who is providing Assad with the military might to crush the Syrian people, also totally misses the point. Putin has merely stepped into the vacuum left by the collapse of western power and resolve in the world. The Obama administration ended America’s historic role in defending western interests in the developing world. Instead it empowered the west’s enemies, principally Iran, and infamously promoted a supposed “reset” with Russia – which Putin unsurprisingly took as a green light to stomp all over any territory useful to his imperial ambitions.

It was the US, UK and EU which between them empowered Iran and turned Russia into the most powerful kid on the block. The slaughter in Syria is the result.