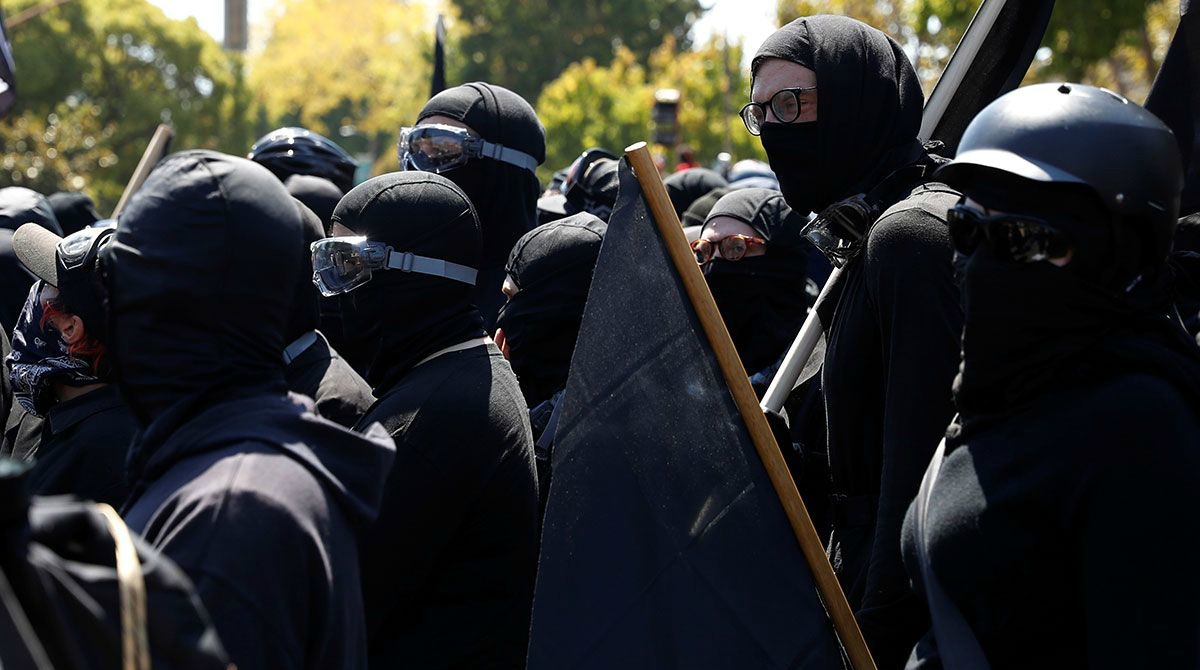 In America, four liberal rabbinic organizations have scrapped their participation in the annual conference call in which the president traditionally offers his greetings for the Jewish New Year.

Their reason? President Donald Trump’s statements about the neo-Nazi rally in Charlottesville were “lacking in moral leadership and empathy for the victims of racial and religious hatred.”

After that rally, which gave rise to a violent counterprotest and the murder of a young woman when a white supremacist driver plowed his car into a group of “antifa” (or anti-fascist) protesters, Trump provoked widespread fury by observing there had been violence on both sides.

According to the liberal rabbis, responsibility for the violence “does not lie with many sides, but with one side: the Nazis, alt-right and white supremacists who brought their hate to a peaceful community.”

Yes, they did so; and the fatality was caused by a white supremacist. But until that point, violence had mainly come from the antifa attacking the far-right rally, which although obnoxious was legal; indeed, the antifa had come equipped with baseball bats and other weapons.

There is now ample evidence of the hatred, intimidation and violence these supposed anti-fascists direct – not just against far-right extremists, but against all conservatives and white people, and Israel, too.

Last weekend on the Berkeley campus, more than a hundred antifa members attacked a small number of Trump supporters, injuring six, while screaming their true intention – to destroy the USA.

If anyone is “lacking in moral leadership and empathy” for the victims of hatred, it’s surely those liberal rabbis.

Faced with left-wing aggression and bigotry, many American Jews display a high degree of cognitive dissonance. That’s because they think not as Jews, but as leftists – not least because they can’t discern the difference.

Left-wing antisemitism is running at epidemic level. Demonization of Israel based on lies, double standards and a near-supernatural attribution of cosmic malevolence is the default position on the Left.

Liberal American Jews aren’t merely allowing their liberalism to supersede their Judaism. They are actively siding with the enemies of the Jewish people and the Western civilization built on Jewish values.

They fell over themselves to have their annual Rosh Hashana conference call with former president Barack Obama, a man who refused to say that the slaughter at the Hyper Cacher kosher supermarket in Paris in 2015 was an antisemitic attack.

They voiced no outrage when Rep. Keith Ellison, who once had close ties to the profoundly Jew-hating, black racist organization Nation of Islam, supports Hamas and who has a history of troubling remarks about Jews, was elected vice chairman of the Democratic National Committee.

Instead, Trump is himself smeared as a supporter of white supremacism. The proof is supposed to be that the former Ku Klux Klan grand wizard, David Duke, supports him.

But white supremacists and their ilk spout deranged, paranoid lies. Since when did anyone take what they say so seriously? If they are, however, treated as rational and anyone they say they support is therefore to be damned, then people on the Left must equally be damned.

For David Duke has also supported UK Labour Party leader Jeremy Corbyn for battling the “Zionists.” According to the Elder of Ziyon website, the neo-Nazi Stormfront site draws upon Human Rights Watch for its anti-Israel articles.

Stormfront has also quoted the viciously anti-Israel and anti-Jewish sites Mondoweiss and Electronic Intifada more than 100 times each, and their equally virulent writers Ali Abunimah and Max Blumenthal more than 35 times and more than 80 times, respectively.

By the Left’s own lights, that makes Corbyn, Max Blumenthal and these left-wing sites complicit with neo-Nazis and white supremacists.

Unlike the Left’s tactic of character assassination, however, this is not a wildly unfair smear by association.

For the Left and far-Right are united by their fundamentally anti-Jewish, pathological loathing of Israel. Cast your eye over Duke’s vicious screed “Jewish Supremacy in Action” and you could be reading a column by one of The Guardian’s regular Israel-bashing commentators.

This is surely why the Left is going to such lengths to talk up white supremacists. It is desperately inflating the threat posed by such people in order to mask its own Israel-hatred and Jew-baiting.

Of course, neo-Nazis and their ilk pose a danger to Jews and other minorities, but their numbers are tiny. The immeasurably greater danger comes from the far-left and the Islamists – and from the broad Left who ignore or sanitize what they do.

I have repeatedly listed Donald Trump’s many flaws, which make him a highly unsuitable occupant of the high office he now holds.

But what he’s up against is a liberal establishment and its far-left shock troops (passively facilitated by spineless and resentful Republicans) who are using illegality, abuse of the constitution, contempt for democracy, defamatory lies and character assassination, obstructionism and violence, not just against Donald Trump but against America – and against reason itself.

Unlikely champion he may be, but if Trump goes down America is lost – and the Jews will have squandered one of their warmest friends in the White House.

Unpalatable? Incredible? Sure. But you’d better believe it. This is a cultural civil war, and far too many Jews, alas, have chosen to be on the wrong side.