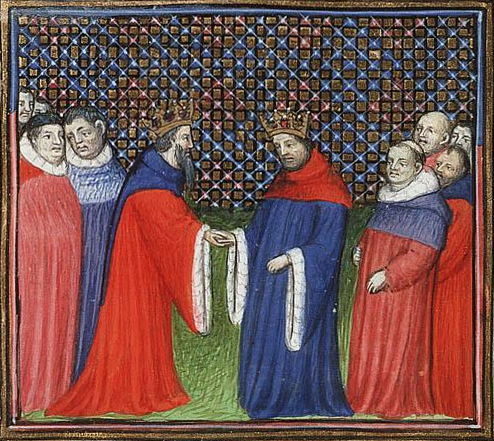 Join me here as I pick my way through the complexities which arise when one national identity is in conflict with another – within the same country. The transcript of my remarks follows beneath the video.

That’s the thought process which has dominated western progressive thinking since the end of the Second World War. The idea of the nation had to be superseded by the ideal of the brotherhood of man. That’s why we’ve seen the rise in authority of supra-national institutions and laws such as the UN, the International Criminal Court, international law itself and of course the European Union.

Indeed, the foundational idea behind the EU project was that after Nazism and the Holocaust the nations of Europe, particularly Germany, couldn’t be trusted ever again not to fight and kill people. Bind them all together in an overarching superstate, it was thought, and that problem would be solved.

Well, that really wasn’t a good idea at all. People want to live in groups called nations which govern themselves. Nations are far better than tribal societies because nations bind tribes and groups together in a shared national project. And it’s only the western nation which binds people together in a shared national project based on the ideals of liberty, collective responsibility, one law for all, free institutions and democracy.

So the EU agenda was in fact nothing other than an all-out attack on democracy. And as we can all see, there’s now a great uprising of the people against that denial of democracy and for the restoration of the independent nation. In Britain, this uprising took the form of Brexit, the people’s vote in last June’s referendum for Britain to exit the EU. And in mainland Europe, similar movements for the recovery and defence of national identity are threatening to up-end politics both in countries such as France or the Netherlands and in the EU itself.

Brexit, you might say, has let the genie of national identity out of the bottle. But this is raising some complicated questions in the home of Brexit itself. Brexit expresses the desire for independent self-government by a sovereign state based on the history, institutions and cultural ties that constitute a nation. Great Britain is actually a confederation of three ancient nations: England, Wales and Scotland. The UK is a super-confederation of Great Britain and Northern Ireland. So if national aspirations are now thought desirable for the UK, what about the national aspirations of its constituent parts? Do all national identities have equal status? What happens when one is in direct competition with another?

Scotland says it is a nation. Republicans in Northern Ireland say Britain dismembered their nation of Ireland which they want to unify again. Are these claims to national identity valid? If so, where does that leave the UK?

These questions are now starting to take centre stage in Britain. In Scotland, which voted in a referendum in 2014 to stay in the UK, the Scottish nationalist leader Nicola Sturgeon is demanding a second independence referendum on the grounds that, contrary to the English, the Scottish people voted last June to remain in the EU by 62% to 38%. In Northern Ireland, a surge by the nationalists to within one seat of the Unionists after a divisive Northern Ireland Assembly election has revived the spectre of a united Ireland – the reunification of the north with the Irish republic south of the border. And this is now being given a further rhetorical push by the jubilant nationalists on the grounds that the people of Northern Ireland also voted to remain in the EU.

It’s strange, isn’t it, that the Scottish and Northern Irish nationalists want to leave the UK in order to remain in Europe. In other words, they want to reclaim powers from Westminster in order to surrender them to Brussels. Of course they don’t see it like that. The EU, which concentrates power in Brussels while reducing nations to the status of provinces, is conversely regarded by weak nations and provinces as a way of boosting their status and income.

But what is a nation? The historians Linda Colley and Benedict Anderson famously declared the nation to be no more than an artificial construct or “imagined community.” In this post-modern formulation, the nation could therefore arbitrarily be either declared or dissolved.

The nation is not, however, artificial or imagined. It is solidly rooted in a group of people united by different things at different times: geography, language, law, religion, ethnicity, history, institutions, culture.

The UK is an extraordinarily complex web of identities: civic, ethnic, cultural, geographic. As the historian Jonathan Clark wrote in his book Our Shadowed Present: “Britain was not invented; it developed”.

The pattern of this development has been “the resilience of a diverse and plural system of identities”. Englishness, however, came to stand proxy for all the communities of the British Isles. Even Edmund Burke, although a loyal Irishman, wrote of himself as an Englishman rather than describe himself as British.

Britain, by contrast, is an authentic unitary nation. It didn’t begin with the union with Scotland but as the British Isles, an island nation defending itself (or not) against invaders from across the seas. Throughout its history, it was beset by attempts at secession by tribes across Hadrian’s Wall and across the Irish Sea.

Last week the British Prime Minister, Theresa May, went to Scotland to deliver a passionate defence of the union and of Scotland remaining in the UK. She was promptly criticised for attacking the Scottish Nationalists for wanting to do to Britain precisely what she was doing to Europe: seceding on the grounds of independence. But this comparison doesn’t wash.

Britain is a nation with the right to rule itself. It is the EU which is the artificial construct, the imagined community which claims falsely for itself the hollow appurtenances of a nation. The EU therefore has no prior claim on its constituent nations which are under no obligation to remain.

By contrast, the UK is a nation which is governed as one united kingdom. Scotland has no right to rip it asunder if it wants to declare independence and secede from the union (which in any event is highly doubtful).

Faced with the contemporary resurgence of regional or tribal uprisings, it’s the ancient British Isles that must hold itself together to take its place once again as a sovereign nation in the wider world.