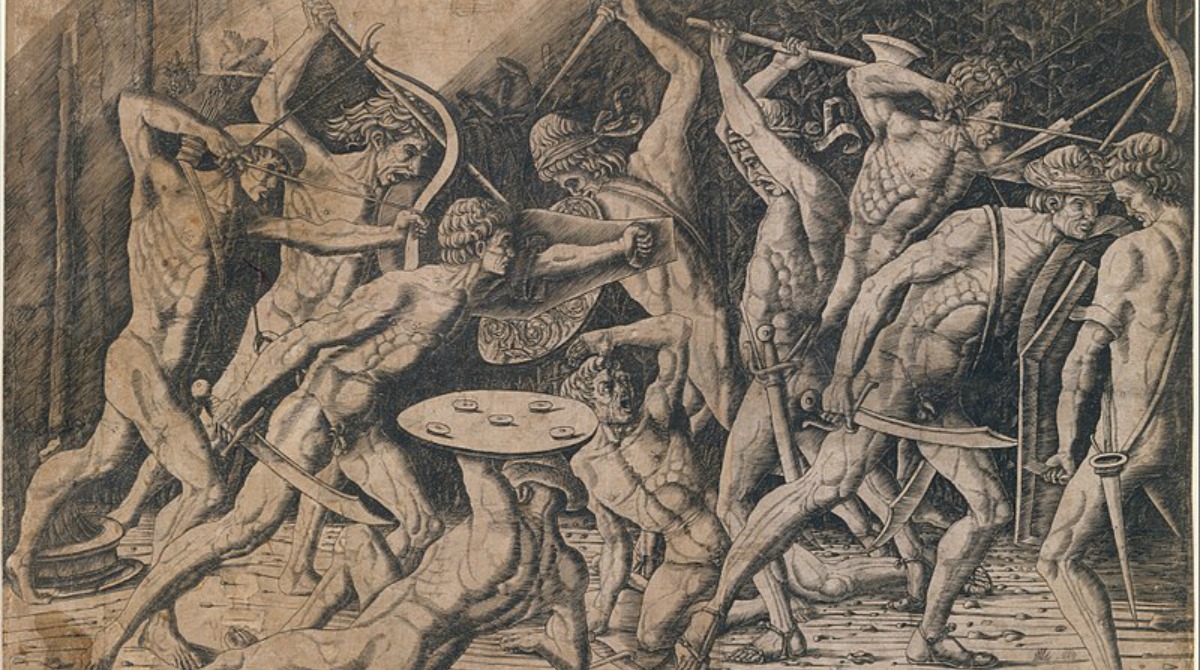 Current events in Britain’s Parliament are making politics in both Israel and America look positively sane and tranquil by comparison.

Around the world, jaws are dropping at the UK’s convulsions over leaving the European Union. This resembles not so much a divorce as an amputation without anesthetic using blunt knives and a broken saw, with the surgeons throwing punches across the operating table.

This week, the deal struck between Prime Minister Theresa May and the EU over the Brexit terms was thrown out by an enormous majority in the House of Commons.

Although this was the largest prime ministerial defeat in British history, Mrs. May survived a motion of no-confidence the following evening.

This was largely because of two factors: the infighting among Tories about who should replace her, and the fear of precipitating a general election which might bring the far-left Labour leader Jeremy Corbyn to power.

At the core of May’s spectacularly inept EU negotiating strategy lay a fundamental conceptual error. Britain is bitterly split down the middle between Brexiteers and Remainers, who want to stay in the EU. May wanted to deliver a Brexit deal which would bring both sides together by giving each a little of what it wanted.

But on the issue of sovereign British independence, there can be no compromise. The UK is either out of the EU or it is in. May’s deal would have left the UK under the thumb of the EU over which, as a non-EU member, it would no longer have any influence at all. It was Brexit in name only – or Remain by stealth.

The lesson here for the wider world is that negotiating with the non-negotiable always leads to surrender. Under pressure from the West, Israel has tried to bridge an unbridgeable gulf with rejectionist Arabs. As a result, it has been unable to extricate itself from a perpetual state of war and terrorist attack.

May has survived; but Brexit itself now faces its moment of greatest peril. For a majority of MPs are Remainers, and many if not most are determined to stop Brexit in its tracks.

Westminster is currently heaving with plots aimed at reversing the 2016 referendum result – while purporting to honor it. So MPs are coming up with demands to delay the legal date for the UK’s departure, demands for a second referendum, demands for “compromise” departure terms that are, in effect, forms of Remain.

This is all to break what is widely reported as the parliamentary “deadlock” over the issue. But there’s no deadlock. The legally binding default position is that if no deal with the EU is struck, Britain will leave on March 29 without a deal.

This is enshrined in an act of parliament passed last year. So the way forward is in fact very clear. The problem is that MPs who passed this act of parliament now want to dump it. They claim that leaving with no deal is out of the question because it would plunge Britain into chaos and ruin.

Britain has been subjected to a blizzard of scare stories about starving to death, running out of medicines or being unable to fly to Europe if it leaves with no deal.

These are ludicrous exaggerations. Much more to the point, the EU itself has far too much to lose from having no deal. But it will only do a deal on Britain’s terms if its own back is to the wall. In other words, leaving with no deal is essential to get the deal that Britain wants.

Yet instead of helping bring that about, Remainer MPs are spitting in the eye of democracy by seeking to reverse the referendum result, thus setting parliament against the people. Why?

At the core of much Remain thinking lies a profound indifference toward or even contempt for the very idea of a sovereign nation. For people who take pride in their cosmopolitanism and who regard national ties as a form of bigoted atavism, democracy can be endlessly reinvented in their own image.

Britain is a very special country; which is why it’s the one country to leave the EU. The countries of mainland Europe, with their long histories of mutual invasion, permeable borders, shifting national boundaries and attachments to democracy that are fitful and tenuous, have a shallow understanding of national identity.

By contrast, Britain is an island nation with an unequivocally distinct and separate identity. It hasn’t been invaded for 1,000 years and has consistently repelled attackers from across the seas.

This history has created its national character: independent of mind, stoic under pressure, opposed to extremism but ferocious in defense of its liberties and very, very averse to being bullied or told what to do.

This is why Britain was the cradle of political liberty. And this is why it voted to leave the EU – because despite the cultural demoralization of its post-war elites which took it into the European project in 1973, it still knows itself to be special.

There are three nations which have this view of themselves as being uniquely blessed: Britain, America and Israel. All have played an outsized role in bringing the benefits of civilization to the world.

Yes, all have had their faults. The British Empire had episodes of great cruelty; America had vicious racial prejudice; Israel’s political system is corrupt and dysfunctional.

All three countries, however, are beset from within by an intelligentsia determined to distort their nation’s history, exaggerate its failings and prove it was born in original sin.

A nation cannot be defended unless its people love and admire it, and unless it is led by men and women who acknowledge it for what it is rather than what they want it to be.

People look for leaders who will defend their way of life, promote the historic culture that binds their society together into a nation they can call their own, and take all necessary measures to keep it safe and inviolate.

The failure by the political establishment to deliver that led directly to the Brexit vote, the election of US President Donald Trump and, in Israel, to the destruction of the Left as a political force.

The idea of the modern nation state grew out of the Enlightenment which first came up with the notion of limited government, the consent of the governed and sovereignty within national borders.

Britain was first into the Enlightenment – but having led the West for the past half-century in secular ideologies which repudiate truth and reason, it’s also been the first out. Through restoring national independence, Brexit offers Britain its last chance to become itself again.

This titanic fight has now entered its final agony. If this battle for Britain is lost, the repercussions for all who believe in political freedom, democracy and moral integrity will spread far beyond its shores.