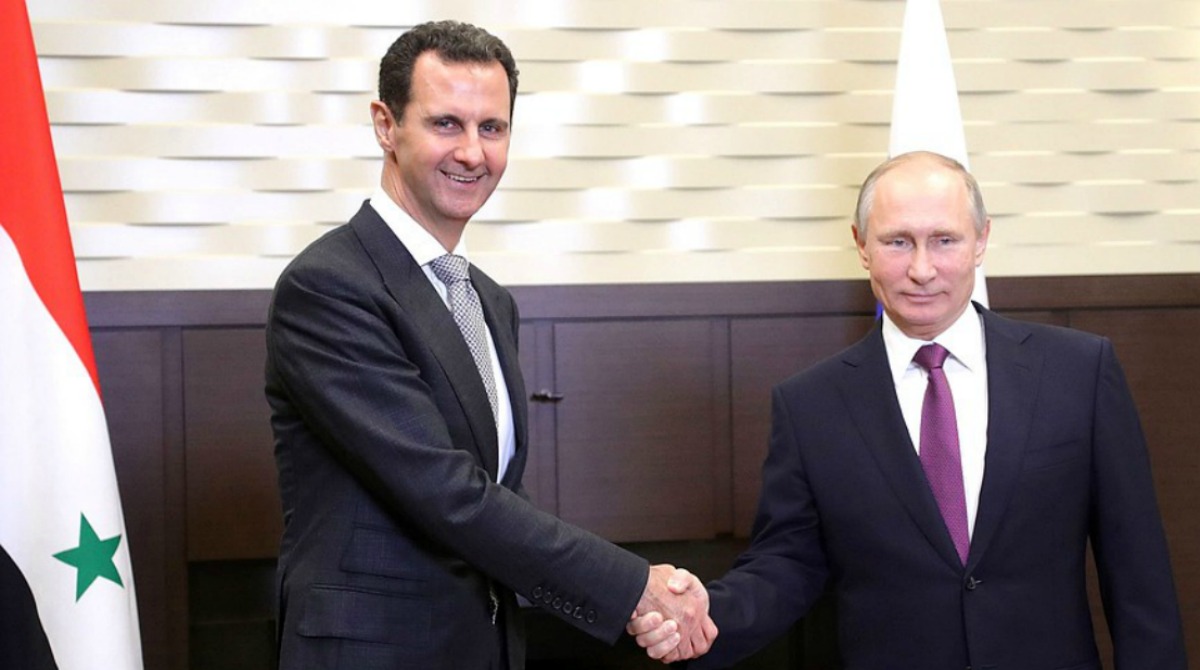 So what did the weekend bombing of three chemical weapons facilities inside Syria achieve?

Well, if what we are being told is true, it knocked out three Syrian chemical weapons facilities. That’s good. This may have set back, maybe seriously, Syria’s capacity to use chemical weapons.That’s good, maybe very good.

So is that good enough? No way.

Let’s ask a different question. What was the strategic aim of the weekend’s bombing raid? According to our three motivated musketeers, Trump, Macron and May, it was to deliver the message that the red line against using chemical weapons will be enforced, that there will always be a heavy penalty for using them and that if Assad uses them again he will get hit again.

That is the wrong strategic aim. The principal threat against the free world is not that Assad has and uses chemical weapons, terrible as those are. It is not even that Assad remains in power; he’s barbaric, yes, but then other than the Kurds so are many of those ranged against him who are even more hostile to the free world than is Assad.

The real threat is that Iran and Russia are out of control and gaining power all the time, in Syria and elsewhere. This is putting the region and the free world at ever greater risk from jihadi terror, the attempt to commit genocide against Israel and malevolent and subversive meddling in cyberspace and social media aimed to cause maximum chaos, disruption and demoralising dissension throughout the west.

The strategic aim should be to neutralise the Iranian regime and put Russia firmly back in its box. Bombing raids won’t achieve this. These regimes have to be targeted in ways which do them real damage. That means crippling their already tottering economic base.

To its credit, the Trump administration has enacted sanctions against Russian oligarchs with ties to President Putin. Britain’s Prime Minster Theresa May has indicated she is planning to do something similar; let’s see if that materialises. The west must also pull back from its increasing dependency on Russian energy supplies, the web being spun by Putin to entrap and disarm the west.

Iran is far more problematic. Yes, President Trump has indicated he may well pull out of the disastrous nuclear deal and restore punitive sanctions against Iran, whose economy is already on its uppers. Which is good. But he seems not to have understood that, by indicating he will pull the US out of Syria – an aim which the weekend’s bombing does not seem to have altered – he will abandon and betray the Kurds, the west’s only allies in Syria, and deliver victory not just to Assad but to Iran and Russia. As Jonathan Spyer points out here.

As for Britain, it is still stuck intoning its ridiculous mantra that the nuclear deal was a good deal because it has made the world safe from the Iranian nuclear threat, whereas in fact it has cemented that threat firmly in place.

Meanwhile, as one or two other commentators have observed, as here and here, the real war which has been all but obscured in the drama over the three-strike bombing raid would seem to be – terrifyingly – trembling on the edge of detonation. This is war between Israel and Iran.

Unlike the west, Israel’s red lines against Iran are real. When Israel says it will not allow Iran to establish a military presence in Syria, it really does mean precisely that. It will not allow the people of Israel to be sitting ducks for the genocidal Iranian regime.

Last Friday an Israeli army spokesman, Brig.Gen. Ronan Manelis, made a significant revelation. The Iranian drone launched in February by the Iranian Revolutionary Guards Quds force from the T4 Syrian base, as a result of which the Israelis first shot down the drone and then bombed the base, was described at the time as on a reconnaissance mission.

Gen. Manelis, however, said on Friday that the aircraft was armed with explosives and that its mission was “an act of sabotage in Israeli territory”.

If that claim is true, then that means that for the first time Iran has attacked Israel directly rather than through its proxies. It would explain why last week Israel once again bombed the T4 base, this time killing a number of Quds force operatives.

Iran has threatened revenge. Israel has now let it be known that if Iran strikes Israeli targets, Israel may take out the entire military infrastructure of bases and missile silos Iran is trying to build in Syria.

If that happens, the US and Russia would almost inevitably be sucked into the conflict. The danger of a global conflagration could therefore hardly be greater.

Except for one thing. Russia doesn’t want a world war. Putin wants to use his puppet Assad to establish a stable Russian presence in the region. Putin may be a menace to the world but he is a rational actor. The Iranian Supreme Leader, Ayatollah Ali Khamenei, is not.

The west just can’t get its head around the fact that the Iranian regime may have the strategic acumen of a chess grand master but its goals and motivation are utterly deranged. The Atlantic has got the point:

“Distilled to its essence, Tehran’s steadfast support for Assad is not driven by the geopolitical or financial interests of the Iranian nation, nor the religious convictions of the Islamic Republic, but by a visceral and seemingly inextinguishable hatred for the state of Israel.”

The opportunity now opens up for Russia to be peeled away from Iran. Because Iran will never be deterred from its goal of wiping Israel from the map. And war that Russia doesn’t control is not in Russia’s interests.

Recently I met a person who recounted how he had happened to find himself unexpectedly in the same room as Iran’s Supreme Leader. Flustered, in his anxiety to make the most of the opportunity he blurted out the first banal thing that came into his head. “What’s the very first thing you do when you wake up in the morning?” he asked him. Without missing a beat, Khamenei replied: “The very first thing I do when I wake up is pray for the destruction of Israel”.

Iran will not stop trying to bring this about until Iran is stopped. The west (particularly Britain and Europe) may not believe Iran is serious. Worse, it may not care. But Israel will not let it happen. Which bit of “never again”, one wonders, does the west not understand?