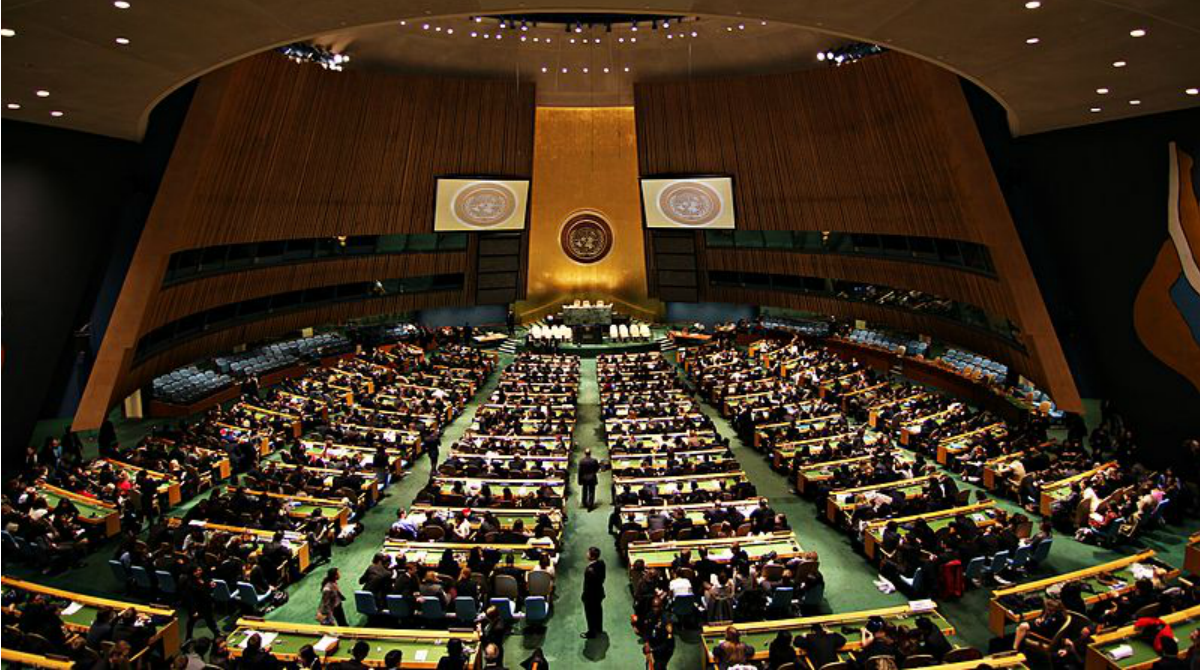 Many people are understandably baffled by the recent UN vote condemning President Trump’s recognition of Jerusalem as Israel’s capital. Since such a vote has zero practical effect, they ask, what was the point of it?

Well indeed. As the American ambassador to the UN Nikki Haley said in her barnstorming response, America will still be moving its embassy to Jerusalem regardless of the UN’s opinion.

The resolution didn’t need to have any practical import. It was merely part of the UN’s theatre of hatred, the malevolent campaign it has waged for decades against Israel and Israel alone as a result of the preponderance of tyrannies, dictatorships, kleptocracies and genocidal antisemitic regimes that make up what’s called called the UN’s “non-aligned block” and which are united in their desire that Israel should be wiped off the map.

So egregious is this hypocrisy in singling out Israel, the sole democracy and upholder of human rights in the region while ignoring the brutal and murderous record of those tyrannies, dictatorships, kleptocracies and genocidal antisemitic regimes, that even a CNN correspondent has been moved to call this out. Jake Tapper tweeted: “Among the 128 countries that voted in favor of the UN resolution condemning the US decision to move the Israeli embassy to Jerusalem were “some countries with some rather questionable records of their own”.

You don’t say. The shocking thing is that so many democratic nations voted alongside these tyrannies: nations such as Germany, Belgium, Ireland, Italy, Luxembourg, the Netherlands, most disappointingly India and, most sickening (to me, anyway), the UK.

Britain, the historic cradle of liberty and democracy and which once fought to defend freedom, has now made common cause with China, Iran, Libya, North Korea and Russia in their joint aim of denying the right of the Jewish people to declare, in accordance with law and history, the capital city of their own country, a right the UK and these other states would deny to no other people or state. What a disgrace.

What on earth did the UN think it was doing? What does Britain’s Prime Minister Theresa May think she’s doing? Does nobody in the British government have a clue about upholding international law or sovereignty? For the real point about this UN vote was that, on this occasion, the principal target wasn’t actually Israel. It was America, and its sovereign right to govern itself. The UN was telling the United States it was not entitled to conduct its own foreign policy in the way it thinks fit.

As Brook Goldstein of the Lawfare Project has observed, this contravenes the UN’s own charter:

“Article 2(7) of the UN Charter is crystal clear: ‘Nothing contained in the present Charter shall authorize the United Nations to intervene in matters which are essentially within the domestic jurisdiction of any state.’ Today’s General Assembly resolution is therefore extralegal and transparently political.

“The UN was built on the principle of respect for the sovereignty of member states (known legally as complementarity), with full awareness that independent nations of the world must make policy decisions in the best interests of their domestic constituencies. The moment the institution begins to attack that very sovereignty is the moment the UN loses all credibility, authority and international deference.”

That’s why most significant part of Nikki Haley’s response was where she said this:

“The United States will remember this day in which it was singled out for attack in the General Assembly for the very act of exercising our right as a sovereign nation. We will remember it when we are called upon to once again make the world’s largest contribution to the United Nations. And we will remember it when so many countries come calling on us, as they so often do, to pay even more and to use our influence for their benefit.”

For decades, the UN’s malicious double standard in repeatedly singling out Israel for condemnation has constituted the negation of its foundational ideals of global justice and peace. The UN has become instead the world’s principal engine of institutionalised Jew-hatred. Now it has crossed another line altogether. The Jerusalem vote could just be the point at which a US President finally decides that America’s tolerance towards the malign global incubus that the UN has become is now at an end.