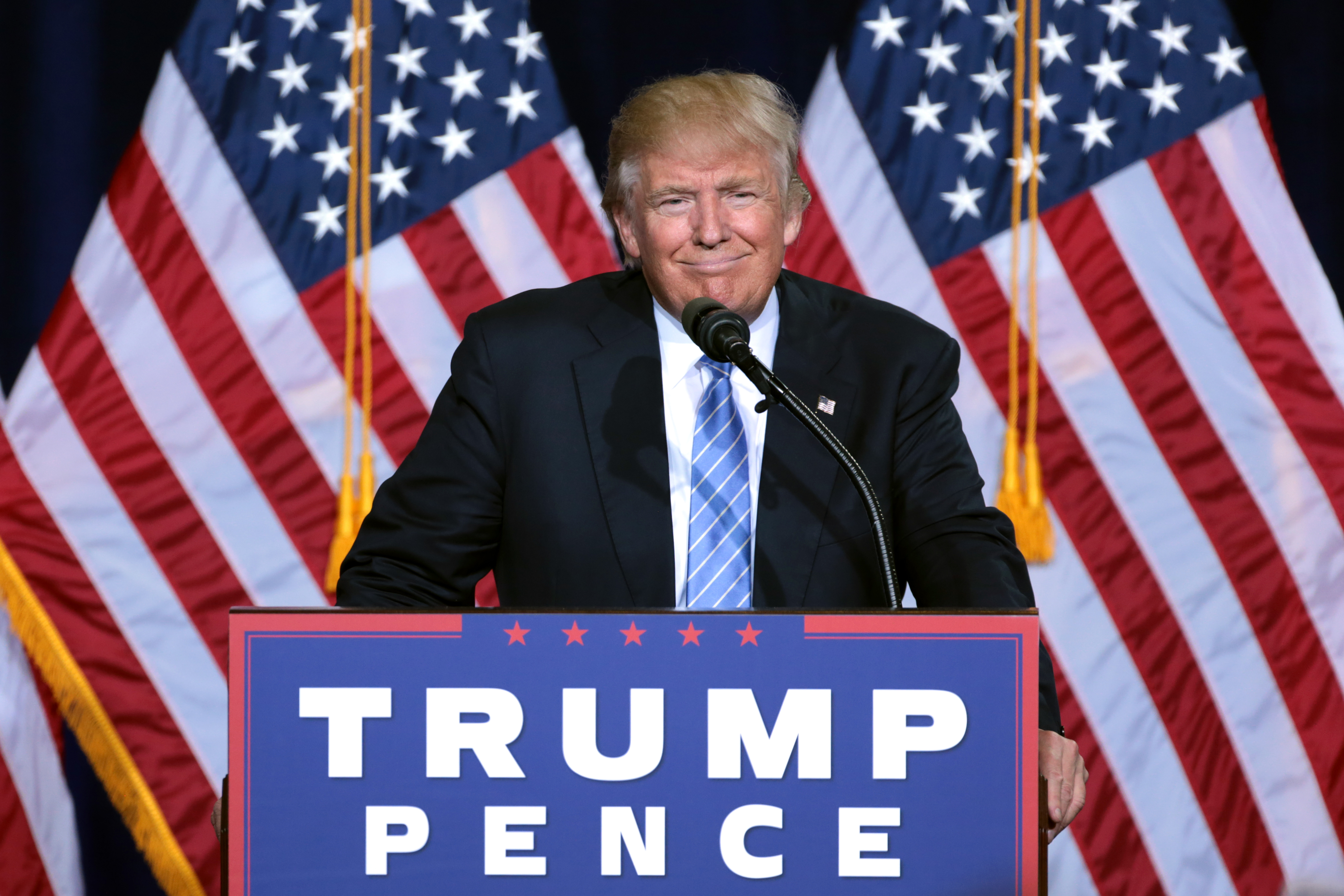 Just like the Labour leader, the US President-elect is protectionist, isolationist and dead against globalisation

You will, by now, be familiar with the argument: that Donald Trump’s triumph in the American presidential election represents a kind of social and political apocalypse. That his victory came at the hands of fundamentally irrational, bigoted, disgusting extreme right-wingers beyond the pale of civilised values. It is axiomatic that there can’t be any good reason behind voting for him, so it is assumed that 60 million Americans were duped by ‘fake news’ which must now be suppressed altogether.

In fact, the real ‘fake news’ was pumped out relentlessly by publications such as the New York Times, CNN, the Guardian and many other similar left-wing outlets which descended into hysterical denunciation of the voters’ choice. They serially distorted and misrepresented what Trump and his head of strategy, Stephen Bannon, had said, accusing them falsely of anti-Semitism and smearing them by association with the white supremacists who had leeched on to their campaign.

This Pavlovian reaction of demon-isation, character assassination and censor-ship, which also characterised the left’s reaction to the Brexit vote, is always caused by overwhelming fear. Of what are the left so afraid? Might their hysteria arise from their deepest nightmare: that they actually have much in common with those they consider the acme of right-wing evil?

Consider. Trump is a protectionist and against free trade. So is the far-left Democrat Bernie Sanders. So is Jeremy Corbyn. Trump is against globalisation and outsourcing jobs to cheaper markets. So is the British left. Labour, the trade unions and the Greens want to stop the dumping of Chinese steel; Unite has said major infrastructure projects should be tendered only to British firms.

Want another figure to hate? Take a bow, French National Front leader Marine Le Pen. She has attacked the ‘draconian policy of austerity’ that favours ‘globalised elites at the expense of the people’ and wants to nationalise foreign companies and banks.

Sound familiar? Thousands of left-wing activists marched against austerity outside last month’s Tory party conference, and Labour’s shadow chancellor John McDonnell wants to nationalise all the banks, railways and utility companies. At the same time, McDonnell is struggling to differentiate the party from the government’s economic policies, backing the Conservative proposal to increase the threshold for the 40 per cent tax rate and trying to paper over Labour’s support for Philip Hammond’s debt-fuelled infrastructure plans by cavilling at ‘giveaways and gimmicks’.

On foreign policy, Trump is said to be isolationist. So is the left. Ever since the Iraq debacle, the left and the Poujadist right have made common cause in their determination never again to intervene in ‘foreign wars’. Thus Labour refused to back air strikes in Syria, prompting Hillary Benn to warn his party in vain against its isolationist Iraq War complex.

Trump thinks Nato is too costly and outdated. Jeremy Corbyn has said of Nato: ‘I’d rather we weren’t in it’ and his communications director, Seumas Milne, has written that ‘far from keeping the peace, Nato is a threat to it’.

Trump is accused of cosying up to Vladimir Putin. Last year, Corbyn was accused of ‘making excuses’ for Putin’s incursions into Ukraine after the Labour leader suggested Nato’s ‘excessive and obsessive expansion’ was to blame for the crisis.

Think that championing uncontrolled immigration is the left’s defining issue of conscience? Well, the libertarian right believes in relaxing immigration controls and encouraging open borders. A recent article in the left-wing Independent lavished praise on a report calling on Brexit Britain to retain free movement of people. The authors? The right-wing ‘free market fundamentalists’ of the Institute for Economic Affairs.

Think only lefties are against the ‘war on drugs’? Think again. The front page of the free-market Adam Smith Institute website currently promotes a ripe piece of drug legalisation propaganda.

Like the populist right, the hard left is reacting against a world which the centrist establishment has created. This is the world of globalisation, liberal universalism, corporatism, managerialism, the deliberate erasing of historical and traditional cultural bonds.

In repudiating this world, Corbyn/Sanders/Trump connect with more people than Clinton/Blair/Osborne. For all their horror at Corbyn and Sanders, Labour ‘moderates’ are paralysed by the fact that the populist insurgency is against the world they themselves have helped make. And they have no other song to sing. All they can do is demonise others to tell themselves they are different.

Ludicrously, Trump is said to have ‘dog-whistled’ anti-Semitism by criticising the corporate financial world for riding roughshod over people’s interests. Yet Bernie Sanders also claimed Hillary Clinton was controlled by Wall Street. No one accused him of an anti-Semitic dog-whistle.

The supposed clincher that reveals Trump’s inner fascist is that David Duke, former grand wizard of the Ku Klux Klan, has voiced support for him, along with a rabble of neo-Nazi and white supremacist types. Trump is therefore guilty by association.

Yet the Occupy protesters against corporate finance, endorsed by a galaxy of left-wing luminaries, were also supported by David Duke. He called them the ‘Occupy Zionist Wall Street’ protesters and claimed: ‘The Zionist media has their paid whores condemning the demonstrations across America against these criminal banks.’ So does that also make Noam Chomsky, Kanye West, Billy Bragg and other Occupy supporters white supremacists and anti-Semites by association?

The truth is that the people who have now galvanised David Duke and his neo-Nazi ilk in the US and Britain are not Trump or the Brexiteers but the left themselves. Far-right fringe groups wither and disappear if ignored. Instead, the left have provided them with publicity beyond their wildest dreams. Worse still, by falsely claiming that racist and fascist views are now represented at the highest political level the left have effectively legitimised true bigotry and brought it into the mainstream of public discourse.

And all because the left has become unhinged over its own reflection in the mirror.

Published in the Spectator