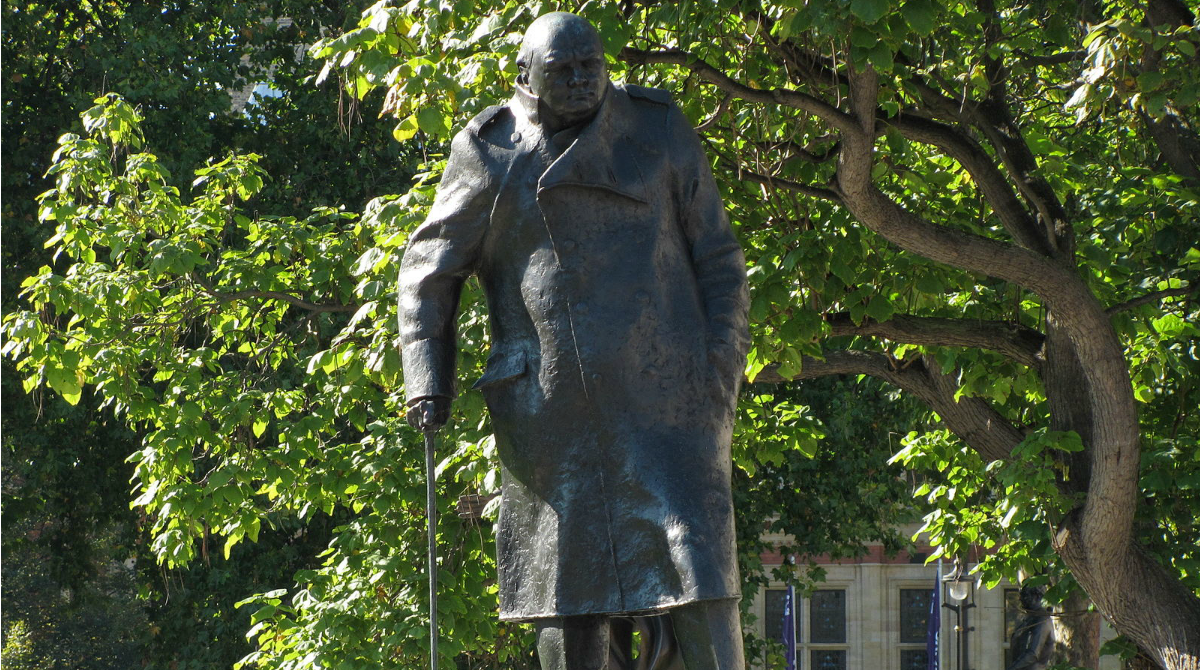 On a plane to New York this week, I watched the movie Darkest Hour for the second time. If it packed a punch the first time, on second showing it seemed even more apposite to our current nail-biting era.

The movie is about the traumatic period in May 1940 when, as the Nazis swept across Europe, Britain was staring at the prospect of defeat and invasion.

Darkest Hour points out the catastrophic error of trying to negotiate with a regime whose agenda brooks no compromise.

Britain didn’t acknowledge this until it was almost too late. It was so much easier to believe in a negotiated peace. Winston Churchill alone understood this would mean annihilation and slavery, and so there was no choice but for the nation to muster its courage and fight to the death if need be.

The relevance of this to our current concerns is all too obvious. Two terrible regimes, Iran and North Korea, present an unconscionable threat to the world. Years of Western appeasement have allowed both of them to accrue to themselves terrifying power.

Britain and Europe, however, want to continue appeasing Iran, deluding themselves that the nuclear deal has neutralized the threat it poses and perversely regarding President Trump rather than the Iranian regime as the problem.

Nearer to home, there is intense pressure on Britain’s Prime Minister Theresa May to negotiate a compromise with the European Union over Brexit by remaining in some kind of customs union.

This would mean, however, that Britain would still be bound by EU laws which would cripple its ability to make trade deals in its own interests.

So this negotiated compromise would in fact be a form of surrender to those in Britain and Europe whose aim is to reverse Brexit through the back door.

In the light of all this, one phrase in Darkest Hour leapt out at me when I watched the movie again. It was Churchill’s reference to the defense of “this island.”

The phrase was echoed this week by the British MP and passionate Brexiteer Jacob Rees-Mogg when, in attacking the proposed customs union, he referred to “our great island story.”

The fact that Britain is an island – or to be more precise, that the United Kingdom is a group of islands – is an essential aspect of its national identity.

Surrounded by sea, it therefore has a natural fortification against attack. As Churchill says in the movie, the English Channel is its moat, and is one reason why Britain has not been invaded for the past 1,000 years.

This is the great difference between Britain and mainland Europe. As much as anything, through its geography Britain has understood itself to be distinctive and self-contained.

In this respect, Britain resembles both America and, whether it likes it or not, Israel. For all three countries are defined by a sense of their own uniqueness.

Britain’s sense of itself as a natural fortress repelling invaders and fighting off potential subjugation is intimately bound up with its history as the crucible of political liberty.

Israel’s strong sense of its own identity derives from the fact that it is the nation state of the Jewish people who are bound by a unique destiny and history in a land that is uniquely theirs.

America’s confident sense of itself derives from the belief that, like ancient Israel, it is a godly nation. American exceptionalism is built into its national DNA.

All of this, however, is under sustained attack. For cultural particularism offends against the liberal belief that only universal values are decent and good. In the West’s dominant progressive circles, pride in one’s country and what it stands for is derided as nationalism, nativism and racism.

But this is beyond perverse. It is normal and reasonable for people to want to live in communities of shared principles, traditions, religion, language and so on, expressed through laws which embody those defining characteristics.

Indeed, only through such a shared sense of common purpose can a society give rise to generous and cooperative values.

In his book The Virtue of Nationalism, which is due to be published in September, Yoram Hazony provides a magisterial analysis making very much this point.

Of course, nationalism sometimes morphs into aggression and worse. But the idea that liberal internationalism means sweetness and light and the brotherhood of man is simply false.

It is those liberal internationalists, after all, who are primarily responsible for the antisemitism and vilification of Israel now coursing through the Western intelligentsia.

And these same British and American liberals are also busily vilifying Britain and America, trying to destroy and transform their culture and emasculate Britain as a self-governing nation, for a similar reason to their hatred of Israel – that these are nations with a strong sense of their own exceptionalism.

That, of course, is why so many millions voted for Brexit and Trump – precisely because, in opposition to these elites, they wanted Britain and America once again to uphold and defend their national and cultural identity.

And that’s why liberals have become hysterical about President Trump’s stated aim of making America great again. It’s why those who want Britain to remain in the EU are hysterical about Brexit. And it’s why British audiences have been weeping and cheering at screenings of Darkest Hour.

It’s because at some level at least they know how the free society in which they so passionately believe has been systematically degraded, undermined and weakened by those who choose to portray Western cultural particularism as a form of bigotry.

As a result, the image of Churchill using the poetry of the English language to breathe into his people the courage and resolve to stand alone and fight to defend their nation’s exceptional values is almost unbearably moving.

Britain, America and Israel form a triple lock as islands of western exceptionalism. And whether or not their people recognize it, it is upon these three nations that the fate of the free world now depends.