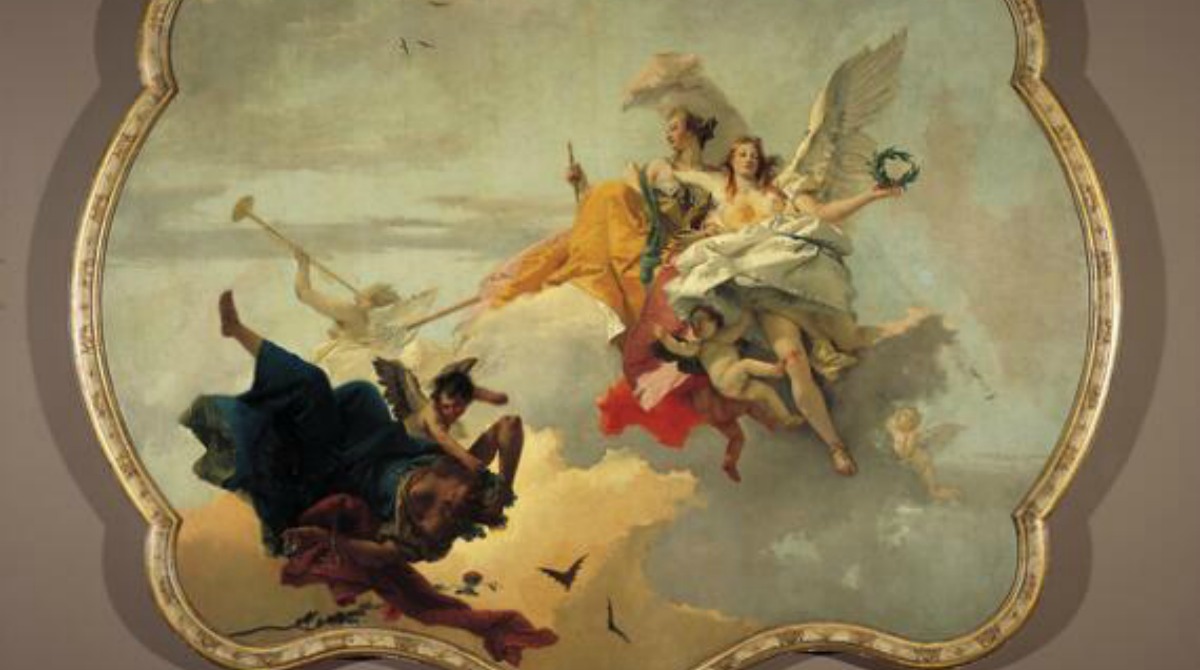 Public debate on highly contentious issues is now careering out of control. Tragedy is being hijacked by political agitators. Facts are being junked for ignorance, misrepresentation and misleading hearsay. A culture of hyperventilating emotion and licensed resentment means that those trying to articulate dispassionate judgment, justice and compassion are being vilified as unfeeling brutes.

The Grenfell Tower fire in London, in which an entire apartment block was consumed by flames at the loss of at least 80 lives and left all the survivors homeless, was an appalling event whose causes have yet to be established. To do so, a public inquiry was set up under a retired senior judge, Sir Martin Moore-Bick. He was chosen because his expertise in complex commercial contracts fitted him for the likely technical challenges posed by this tragedy.

Those very qualities, however, have ruled him out as far as the residents’ spokesmen are concerned. They didn’t want dispassionate, objective and informed. They wanted touchy-feely. They didn’t want the inquiry to get at the truth of what had happened. They wanted it to arrive at the conclusion they had already reached: that residents of Grenfell Tower were killed and the survivors further victimised by a callous establishment determined to trash the working-class.

So they formed themselves into a political activists’ cause: “Justice for Grenfell”. From these activists and their supporters has issued a stream of bigoted, ignorant, class-war assertions about Sir Martin Moore-Bick. Because he is upper-middle class, dresses formally and speaks like the Appeal Court Vice-President that he was rather than a grief counsellor or community organiser, the activists have decided he doesn’t understand how they feel or their way of life and is therefore axiomatically unfit for the job.

Kensington’s new Labour MP, Emma Dent Coad (who as a former Kensington and Chelsea councillor was reportedly herself on the council committee which scrutinised work on Grenfell Tower, and was also on the board of Kensington and Chelsea Tenant Management Organisation when the Tower’s refurbishment was discussed) says Sir Martin needs to be replaced by someone with a “human face”. The black Labour MP David Lammy has criticised the decision to appoint “a white upper-middle-class man”. Just imagine if a white MP had condemned the appointment of a black working class inquiry chairman!

In one of the cases he heard while he was a judge, Sir Martin had allowed Westminster council to rehouse a tenant 50 miles away in Milton Keynes. His ruling was later overturned by the Supreme Court. This has been seized on by Grenfell activists who claim it showed he was hostile to social housing. The obvious fact that he had merely done what judges must do and upheld the law rather than supported a cause, and that it is entirely normal for judges doing just that to be overturned on occasion by a higher court, was rejected out of hand – if, indeed, it had ever occurred to the activists in the first place.

They believe that victims have the right to dictate events. So they have dismissed the inquiry’s terms of reference as not acceptable to them, and when Sir Martin turned up to speak to the residents he was heckled.

Those speaking for the victims have themselves behaved as bullies and treated every initiative to help them as a further source of resentment. When the council was unable to extend the booking for multiple Grenfell families in a local hotel and told them they had to move on at short notice, this was dubbed “barbaric” and “beyond disgusting”.

Similar ignorance and substitution of emotion for evidence are on display in the tragic case of Charlie Gard, the 11-month old British baby with a rare and terminal disorder and whose parents, Connie Yates and Chris Gard, want to take him to America for experimental treatment. Great Ormond Street hospital has opposed this as not being in the baby’s interests. The hospital says there is no evidence this treatment has any chance of succeeding and is likely instead to cause him yet more suffering.

Charlie, who cannot move, cry, see, hear or swallow is on an artificial ventilator which the hospital wants to disconnect on the ground that his situation is hopeless and that prolonging his suffering is inhumane.

His parents deserve every sympathy for their own suffering in this dreadful situation. But their case lacks both rationality and evidence. They claim that the experimental nucleoside therapy they want to be tried on Charlie has an up to ten per cent chance of success. But this claim cannot be substantiated – because this therapy has never been tried on a patient with Charlie’s precise condition.

Great Ormond Street’s argument was upheld in the High Court, the Court of Appeal, the Supreme Court and the European Court of Human Rights. Nevertheless the case has returned to the original High Court judge, Mr Justice Francis, on the grounds that the parents say they have new evidence – and that Mr Justice Francis should stand down because he ruled last April that further treatment was futile.

It has come to something when claimants ask a judge to stand down – just because they don’t like his ruling. As the judge replied at Monday’s hearing: “Far from being evidence of bias we have the antithesis of bias, which is that I did my job, and I will continue to do my job.” If fresh evidence were produced, he said, he’d be the first to welcome a different outcome.

So what was this “fresh evidence”? Answer came there none. Apparently it is to be produced when the hearing resumes tomorrow.

At Monday’s hearing the judge, clearly anxious to learn about this “fresh evidence”, asked about media reports that the experimental treatment in question would have a ten per cent chance of success. Remarkably, the parents’ counsel, Grant Armstrong, replied that the parents had not made that claim. Yet they had, repeatedly. Last Sunday, for instance, Sky News reported:

“Ms Yates said the oral medicine they want for Charlie has an ‘up to ten per cent chance of working’ and has ‘no known major side effects’.

In court, Ms Yates yelled at the judge: “If it was your child, you would take a ten per cent chance”.

Counsel for Great Ormond Street, Katie Gollop, also asked for the source of the ten per cent figure for which, she said, the hospital had been searching. Mr Armstrong replied that a US doctor had suggested that, at a “conservative estimate”, the experimental treatment had a ten per cent chance of working for Charlie – and that this evidence would be given at a future hearing.

“A family spokesman said: ‘Crucially, there is a growing body of medical opinion saying that, far from this being a futile case, there is an up to 10 per cent chance for baby Charlie to respond positively to this treatment, and by logical extension, for his quality of life to improve.’”

Yet no sourced evidence has yet been produced in court. So where is this “growing body of medical opinion” that there’s an up to ten per cent chance of improvement? Who are all these doctors making this claim?

Last Sunday US lawyer Catherine Glenn Foster was reported as saying: “This new evidence involves the therapy itself and the percent success rate, and the likelihood that it will significantly help Charlie. That’s a success rate of up to ten per cent according to one of the doctors who has worked on this, and a 50 per cent-plus success rate of this treatment crossing the blood brain barrier.”

In evidence produced in court so far there’s been just one doctor in the US, a professor of immunology called Dr I, who has raised any possibility that a particular experimental nucleoside therapy might help. In December 2016, Dr I said this was only a “hypothetical” possibility since this therapy had not yet been tested on either animals or humans with Charlie’s specific disease. Dr I had used it on patients suffering a different, although related, condition.

After seeing an EEG scan of Charlie’s brain in March this year, however (and presumably after his condition had further deteriorated) Dr I said the damage to his brain was much more severe than he had thought. The transcript of last April’s High Court judgment says of Dr I: “He said that treatment was unlikely to be of any benefit to Charlie’s brain. He described the probability as low, but not zero.”

But the fact that it’s not zero doesn’t means there is any chance. There has to be evidence that such a chance exists and upon precisely what this estimate rests. So far, there has been no such evidence.

And into this already emotionally over-heated struggle have pitched others from abroad using this strategy to advance political or religious agendas with breathtaking ignorance and disregard for evidence.

Thus President Trump tweeted he would be “delighted” to help Charlie. Pope Francis supported the parents. Rev Jim Mahoney, a US pastor and pro-life campaigner with a history of publicity stunts, flew to Britain to offer noisy support.

Most appallingly US Vice-President Pence said Charlie’s case showed how unfair government-run healthcare can be “because the government has decided that the prospects of [his] life are such that they no longer warrant an investment in health services.”

This is untrue and grossly unfair. Whether or not the hospital is right, it has undoubtedly acted not out of economic considerations but what it believes are the best interests of this child.

Both the Grenfell inquiry and the Charlie Gard case have been turned into a circus.

Sir Francis Moore-Bick told his hecklers: ““I can’t do more than assure you that I know what it is to be impartial.” Mr Justice Francis said he would not be ‘”swayed by tweets” and would rule on “clear evidence”.

These are faint cries in the wind. Reason, objectivity and disinterestedness are now being howled down by an angry and resentful mob. Emotion and ignorance now rule instead. Observe, and shudder.