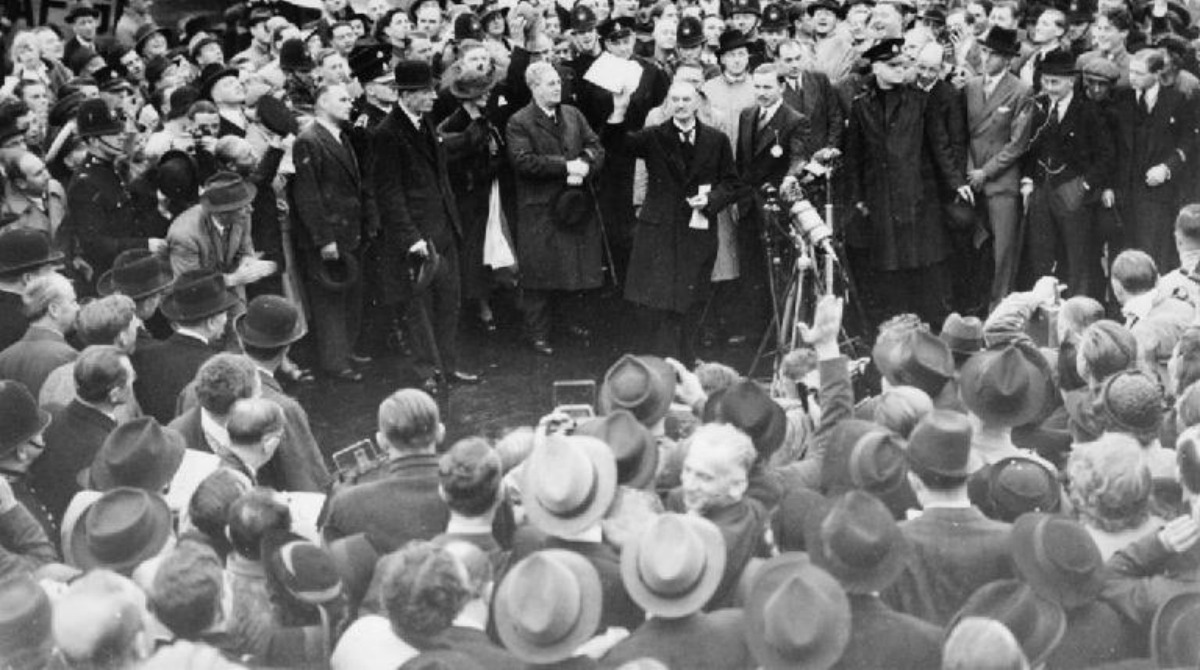 Today’s papers are full of the political fall-out from the leak of undiplomatic messages which caused Britain’s former ambassador to the US, Sir Kim Darroch, to resign after President Trump went ballistic.

While people are understandably focused upon the hunt for the leaker and the way in which Boris Johnson, the favourite to become Tory party leader and Britain’s next prime minister, has been attacked for failing to support Darroch before he resigned, virtually no attention has been paid to the second tranche of Darroch’s leaked remarks which appear in today’s Mail on Sunday.

But these put the previous leaks in the shade. For what Darroch wrote about Trump’s decision to pull the US out of the 2015 Iran nuclear deal was far, far worse than his boilerplate Trump Derangement Syndrome remarks which detonated the furore.

Darroch claimed that Trump cancelled the Iran deal merely to spite President Obama. Last year, Darroch told the then Foreign Secretary Boris Johnson, who had just paid Trump a pointless visit to try to persuade him to change his mind: “The administration is set upon an act of diplomatic vandalism, seemingly for ideological and personality reasons – it was Obama’s deal”.

This assessment was quite astoundingly fatuous. Scrapping the deal was essential. For it was beyond appalling, enabling Iran to do what Britain had always said could never be allowed: to develop nuclear weapons (albeit at a possibly slower pace), with no ability for the IAEA to check the most sensitive sites to ensure compliance with the deal’s terms (which as I wrote here, the IAEA now knows Iran breached) and with sanctions relief funnelling millions of dollars into the regime, enabling it to fund its aggressive regional expansion, wars and terrorist activities.

The deal was cynically spun by a self-described “echo chamber” (see here, here and here) which sought to portray sceptics of diplomacy as “pro-war” and to play down the dangers of the Iranian nuclear programme before formal negotiations started in 2013, only to emphasise those dangers after the 2015 agreement. It now appears that Sir Kim Darroch was a tool or dupe of that “echo chamber”.

Obama was so determined to prevent anything from derailing the deal that he even terminated Project Cassandra, an eight-year operation run by the Drug Enforcement Administration that aimed to combat Hezbollah’s growing collusion with, and immense funding from, drug cartels.

Darroch further suggested that calling the regime “murderous”, which he put in quote marks, was “typically hyperbolic”. What? This is a regime which is openly genocidal against Israel, has been responsible through its proxy armies for countless murders of civilians around the world and coalition soldiers in Iraq – including British ones – and is the world’s biggest sponsor of terrorism, including its declared aim of murdering the British citizen Sir Salman Rushdie over his book The Satanic Verses which sent him into hiding for his life for many years. Which bit of this truly murderous record did Sir Kim Darroch think was “hyperbolic”?

Britain was a key supporter of the Iran deal. Along with the EU, it has been working tirelessly to salvage it and undermine Trump’s strategy. On his pointless trip to the US, Boris Johnson appeared on US TV’s Fox and Friends to urge Trump to change course. “What if the Iranians do rush for a nuclear weapon?” he asked. “Are we seriously saying that we’re going to bomb those facilities? Is that really a realistic possibility or do we work with what we’ve got and push back on Iran together?”

But Britain was never in the slightest degree interested in pushing back against Iran. On the contrary, it has been slavering over the money to be made from resuming trade with this rogue state. It helped broker a deal that would enable Iran to get the bomb while all the time insisting that it had stopped it from doing so; it refused to acknowledge the consequences of lifting sanctions; and it failed to change course even despite the discovery of a Hezbollah bomb factory in London in 2015 – which it kept secret in order not to derail the deal.

War must only ever be a last resort. But it is beyond imbecility to assert that the alternative to war has to be merely to slow down but ultimately facilitate Iran’s path to nuclear weapons – while additionally stuffing the coffers of the Iranian regime so that it can actually step up its infernal agenda of war, terrorism and attempted genocide of the Jews. Yet that’s precisely what the British government has been doing.

No-one wants war with Iran. But to seek to undermine the sanctions which remain the best way of forcing to heel its evil regime or bringing about its destruction altogether is to elevate cowardice and greed to the level of wickedness.

And the alternative to such condign action is not the avoidance of war. It is instead the likely surrender to a war that has been waged against the west for four decades and is on course to become an active nuclear threat – from an apocalyptic, messianic regime for which the prophylactic concept of mutually assured destruction is a total non-starter.

Britain’s attitude towards the unconscionable Iranian menace has always been astounding. Despite the fact that British interests and personnel have been repeatedly attacked by Iran over the past four decades, the British government has chosen persistently to look the other way.

This detachment from reality has been quite stupefying. I was personally told by sources close to the then Foreign Secretary Philip Hammond during the passage of the Iran nuclear deal that the Iranian regime was much misunderstood and was in no way oppressive towards its own people. This despite its jailing of dissidents, its oppression of women and its practice of hanging gay people from cranes.

And I shall never forget the politician who was with me on the panel of BBC TV’s Question Time six years ago and who, after I had observed that the Iranian regime was the single greatest threat to the western world and needed to be neutralised, spluttered that this was ridiculous because Iran posed no threat to anyone. That politician was one Boris Johnson.

While all the attention is on Sir Kim Darroch as the victim of the leak (which was in itself indefensible) and the identity of the leaker, the former ambassador’s Iran remarks have lifted the lid of Britain’s rotten foreign policy establishment — whose long record of appeasement, treating tyrants as negotiable while their victims are expendable, helped bring about the slaughter of the Holocaust and risks repeating history as tragedy even today.