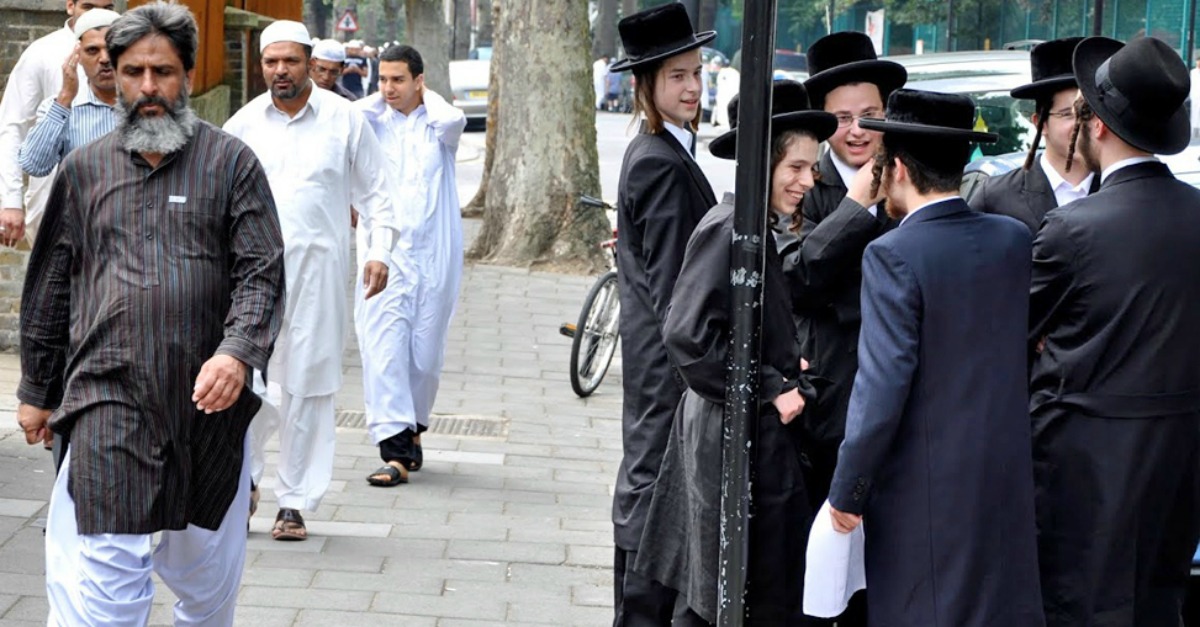 Among its many interesting observations, one in particular leapt out at me. No, it wasn’t that 43% of British Muslims support the introduction of some forms of sharia law in Britain. Nor that, despite this aspiration, more than half wanted to “fully integrate” with British society.

Nor that 7 per cent believed the Jews were responsible for 9/11, more than the 4 per cent who pinned it on al Qaeda (described by the authors as “slightly alarming”) but rather fewer that the 31% who thought the US government had perpetrated it (arguably even more alarming).

No, the bit that attracted my particular interest was this:

“There is undoubtedly a perception – expressed often in more anecdotal fashion – that Muslims face challenges posed by anti-Muslim bigotry and racism. It is striking that this issue did not loom as large in the quantitative survey. It is also notable how concerns about these problems were often relayed with reference to stories heard from friends, family, or via the media.”

None of this, it said, denied the reality of anti-Muslim abuse and discrimination. “But it does illustrate that often this is at least as much perceived as experienced. Here, as much as elsewhere, narrative is everything.”

Isn’t it just! Even when it bears scant relation to actual events. Or as we might otherwise call it, fiction.

The authors found this “somewhat surprising, given that there was a great deal of discussion in our focus groups about fears over personal security linked to anti-Muslim bigotry and harassment.”

This may be less surprising given that the authors also record a much greater concern about anti-Muslim harassment among the general population than among British Muslims.

Despite the authors’ manifest puzzlement, they hastily insist:

“Campaign groups such as Tell Mama have pointed to a significant increase in attacks and insults levelled against Muslims.”

And yet: “When pushed, focus group participants tended to say that they themselves had not experienced racism or Islamophobia; however, almost everyone had a story to which they could point, as examples of these phenomena.”

Curiouser and curiouser? Things get clearer when you look more carefully at these “hate crime” statistics. In its 2015 annual report, Tell Mama says it documented 437 anti-Muslim crimes or incidents that took place in person, a 200 per cent increase over the previous year.

That doesn’t mean they are any less reprehensible — all unprovoked attacks are wrong, on Muslims or anyone else – just that they mostly occur specifically in response to Islamic terrorism rather than being a routine expression of intrinsic prejudice.

Moreover, the 437 figure has to be seen in the context of the size of Britain’s Muslim population, currently estimated at about 3 million.

Considering the intensity of public rage about Islamist aggression and the refusal by the Muslim world to take any responsibility for it, blaming it instead on “un-Islamic” or “anti-Islamic” forces, the number of hateful incidents against Muslims is thankfully remarkably low.

Now look at the number of attacks on Jews. Excluding social media abuse and threats, the Community Security Trust recorded 765 antisemitic incidents in 2015, with the highest number of violent assaults since 2011. Now put that 765 figure in the context of Britain’s Jewish population, estimated at around 270,000.