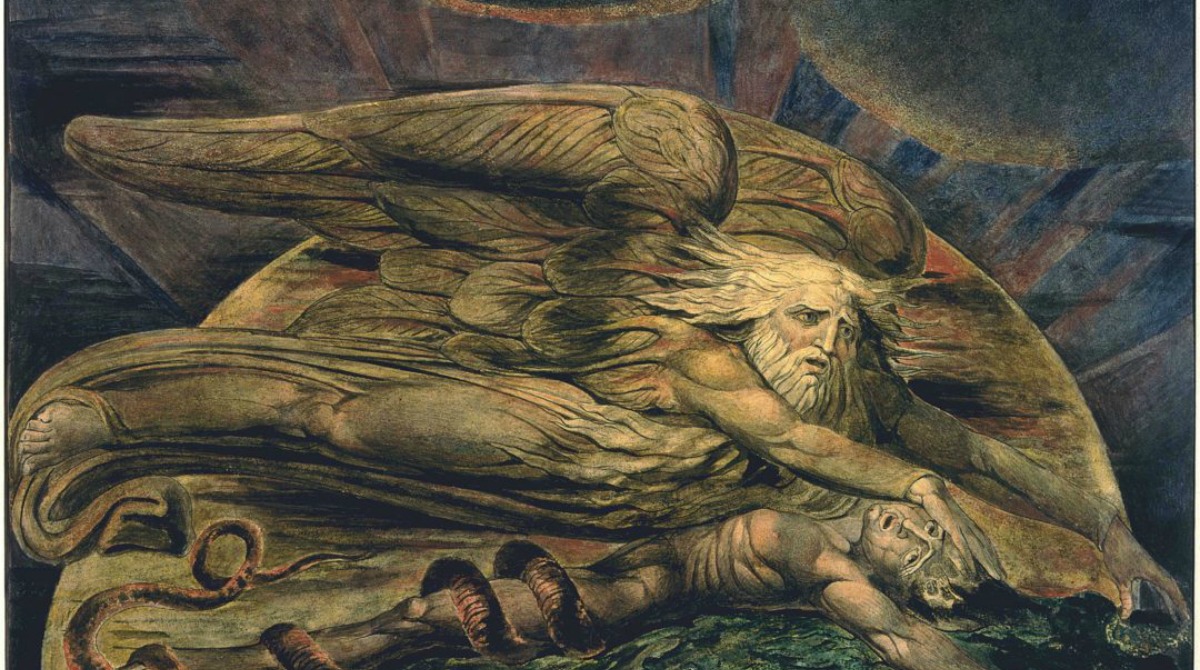 So it begins once more. In the synagogues this week, it’s Groundhog Day. Jews go back to the opening of the Five Books of Moses and start the narrative all over again.

The secular world looks on with indifference, bemusement or contempt. Among unbelievers, it is an article of faith that reason, science and modernity are in one box and religion, superstition and obscurantism in another.

Ah yes; the rational, factual, grounded secular world. The one that is currently disinviting speakers and violently attacking universities on the grounds of upholding freedom and equality. The one that is spewing unhinged lies and paranoid distortions at Israel and the Jewish people. The one that appears to be spinning off its axis into utter madness.

The reason for this is something the secular world cannot bring itself to grasp.

For in setting out to destroy the biblical basis of western civilization, the secular world is in the process of destroying reason itself. This is is how it works.

For the past half-century, the received wisdom among our cultural elites has been that the West is fundamentally bigoted and illegitimate and must be transformed. Accordingly, biblical codes embodying objective truth and goodness have been replaced by ideologies such as moral and cultural relativism, materialism, anti-capitalism, anti-imperialism, anti-racism, utilitarianism, feminism, multiculturalism, universalism and environmentalism.

Since independent thought thus becomes impossible, such ideologies are inimical to reason itself.

What’s more, every one of them is anti-Judaism. Moral relativists attack the Mosaic code. Environmentalists attack the (misunderstood) assertion in Genesis that mankind has dominion over the Earth. Materialists attack the belief that there can be anything beyond the universe at all. And so on.

It is no coincidence that these ideologies are both anti-reason and anti-Jew, for Judaism and reason are not in separate boxes at all. The one in fact created the other.

The popular belief is that the roots of science lay in ancient Greece. In fact, Greek thinking was inimical to a rational view of the universe. The Greeks, whose universe was an endless cycle of progress and decay and who transformed heavenly bodies into actual gods, explained the natural world by abstract general principles.

Socrates thought empirical observation a waste of time, and Plato advised his students to “leave the starry heavens alone.”

For the development of science, monotheism was essential. As the Oxford mathematics professor John Lennox puts it: “At the heart of all science lies the conviction that the universe is orderly.”

This is why many scientists from the earliest times onwards have been Christians and Jews. It is why Francis Bacon said God had provided us with two books – the book of nature and the Bible – and that to be properly educated one must study both.

It is why Isaac Newton believed the biblical account of creation had to be read and understood; why Descartes justified his search for natural laws on the grounds that they must exist, because God is perfect and so “acts in a manner as constant and immutable as possible” except for the rare exception of miracles; why the German astronomer Johannes Kepler believed that the goal of science is to discover within the natural world “the rational order which has been imposed on it by God” and why Galileo Galilei said “the laws of nature are written by the hand of God in the language of mathematics.”

The significant point, however, is that it was not religion in general but the Hebrew Bible in particular that gave rise to science. The Hungarian Benedictine priest Stanley Jaki has shown that in seven great cultures – the Chinese, Hindu, Mayan, Egyptian, Babylonian, Greek and Arabic – the development of science was truncated. All made discoveries that carried human understanding forward, yet none was able to keep its scientific discoveries going.

Jaki attributes this to two critical features that these cultures had in common: a belief in pantheism and in the cyclical concept of time. Science could proceed only on the basis that the universe is rational and coherent and thus nature behaves in accordance with unchanging laws. It was therefore impossible under pantheism, which ascribed natural events to the whims and caprices of the spirit world.

The other vital factor in the creation of science and modernity was the Bible’s linear concept of time. This means that history is progressive; every event is significant; experience is built upon. Progress was thus made possible by learning more about the laws of the universe and how it works.

It should therefore come as no surprise that the Jewish people finds itself at the very eye of the civilizational storm.

It isn’t just the perennial scourge of antisemitism. It is that the modern world is turning savagely against the very creed on which it itself is based. And this week, the Jewish people starts reaffirming the foundations of that creed all over again.