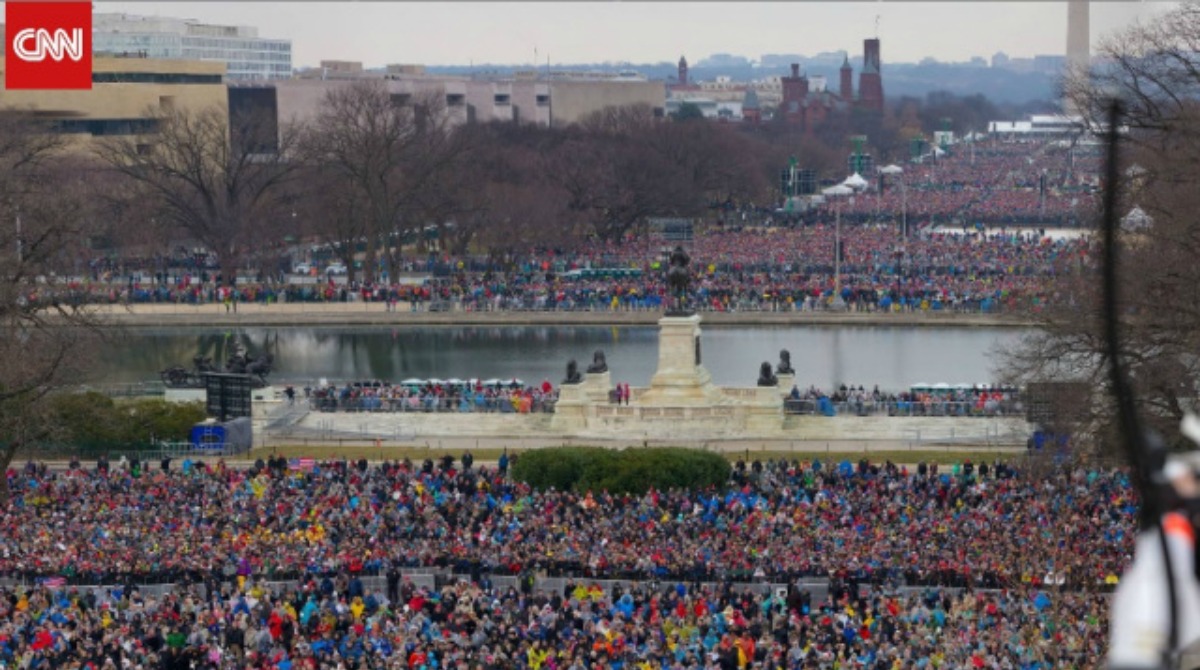 At the end of Donald Trump’s first week in office, any hope that the tumult he had provoked would settle down has been dashed. The new President shocked his opponents to the core once again by breaking with all known political convention and proceeding instantly to set in train what he had promised the American people he would do.

From the moment he got his feet under the Oval Office desk, he produced a stream of executive orders: building the wall on the Mexican border, penalising sanctuary cities, clearing the way for the Keystone and Dakota Access pipelines and more. The result was apoplexy on the left and an escalating war with the media.

There are legitimate concerns to be had about Donald Trump’s character. However, the sustained and bilious bias and mendacity of the media coverage designed to paint him as an unhinged monster is absolutely shocking.

On Thursday, the Washington Post published a story about the first interview with the new President on ABC TV. This story said the interview “revealed a man who is obsessed with his own popularity and eager to provide evidence of his likability, even if that information doesn’t match reality”.

The Washington Post story dwelt upon quotes from Trump boasting about the size of his standing ovations at the CIA; claimed that he was “preoccupied with two variables that are gumming up his claim of being widely beloved: losing the popular vote to Clinton and hosting an inauguration crowd that was smaller than in previous years”; quoted him boasting he could have won more of the popular vote had it not been for voter fraud; and said he kept claiming the crowd at the inauguration was “massive”, and that unlike his interviewer David Muir he was anxious to drag the conversation back to the size of that crowd. The clips from the interview video that accompanied this story were cut accordingly to match this account.

If you read only that, you’d be pretty alarmed that someone with a serious psychological disorder was now the leader of the free world. But the full transcript of this ABC interview, also published in the Washington Post, paints a very different picture indeed.

Most of it was about substantive issues, such as the Mexico wall, illegal immigrants, ending the Deferred Action for Childhood Arrivals programme, voter fraud. Only a small part of the interview concerned Trump’s popularity. It was Muir who brought up the subject, referring to the crowd size at the inauguration and asking Trump when his popularity would “matter just a little less”.

It was only in response to these questions by Muir that Trump insisted that the crowds were so large and that the media had distorted the numbers to demean him. He repeatedly told Muir that he was only talking about this because Muir had brought it up. The Washington Post story removed those protestations.

From the context of the interview, it was clear that Trump was only going on at length about crowd numbers and the CIA ovation and so on to make the point that the media had tried to demean him by distorting the reality. None of that was in the Post story. Instead it created the impression that President Trump was pathologically obsessed by his own vanity.

Also yesterday, media in the US and around the world ran a story saying the entire top team at the State Department had walked out rather than serve under President Trump. It was further suggested that the loss of the priceless, longstanding and unique knowledge and expertise of these four individuals would plunge American foreign policy into utter chaos. The implication was that the reason for this unprecedented disaster was the unconscionable nature of the new man in the White House.

In Britain, the BBC is no better. On this morning’s Today programme (0710) Glenn Beck, the normally voluble American TV presenter who has himself expressed concern about the ferocity of political discourse, was audibly taken aback when reporter Justin Webb put to him that Trump was “deranged”.

In a subsequent interview (0810) with Republican Congressman Kevin Cramer, presenter Nick Robinson stated that people in Britain were aghast that President Trump supported torture, denied climate change and had lied about the size of the crowds at his inauguration.

Well, the certainty that there is simply no scientific argument to be had about anthropogenic global warming says far more about the BBC’s closed group-think mind than it does about President Trump.

As for the issue of the crowd size at the inauguration, take a look at CNN’s own interactive pictures here.

They seem to show, as does the still picture from this sequence reproduced above, that the crowd stretched solidly from the podium to the Washington monument. The Washington Post presents Trump showing David Muir pictures of that crowd on his wall as a further sign of his popularity disorder. It fails to acknowledge that one of those pictures was the one above.

It was furthermore a gross distortion to claim that Trump supported torture. Yes, he said he would entertain the practice of waterboarding and yes, he thought it did work. But this is what he said in context:

“ ‘I wanna do everything within the bounds of what you’re allowed to do legally. But do I feel it works? Absolutely I feel it works. Have I spoken to people at the top levels and people that have seen it work? I haven’t seen it work. But I think it works. Have I spoken to people that feel strongly about it? Absolutely.’
DAVID MUIR: So, you’d be okay with it as …
PRESIDENT TRUMP: I wanna keep …
DAVID MUIR: … president?
PRESIDENT TRUMP: … no, I wanna — I will rely on General Mattis. And I’m gonna rely on those two people and others. And if they don’t wanna do it, it’s 100 percent okay with me. Do I think it works? Absolutely.’”

There’s a distinction to be drawn between what kind of man Donald Trump is and what he stands for. You can support his championing of American national identity and love of country, his total rejection of ideological fads and his determination to hold to account anyone who threatens America or breaks the law, and still be concerned by his mercurial temperament, his inconsistencies and the fact that he thinks from his gut.

But it’s very important that even those who oppose Donald Trump understand the brazen corruption of public discourse that is taking place in the media’s attempt to take down this President through character assassination, and the extreme danger of this attempt to subvert the democratic process and the will of the American people.