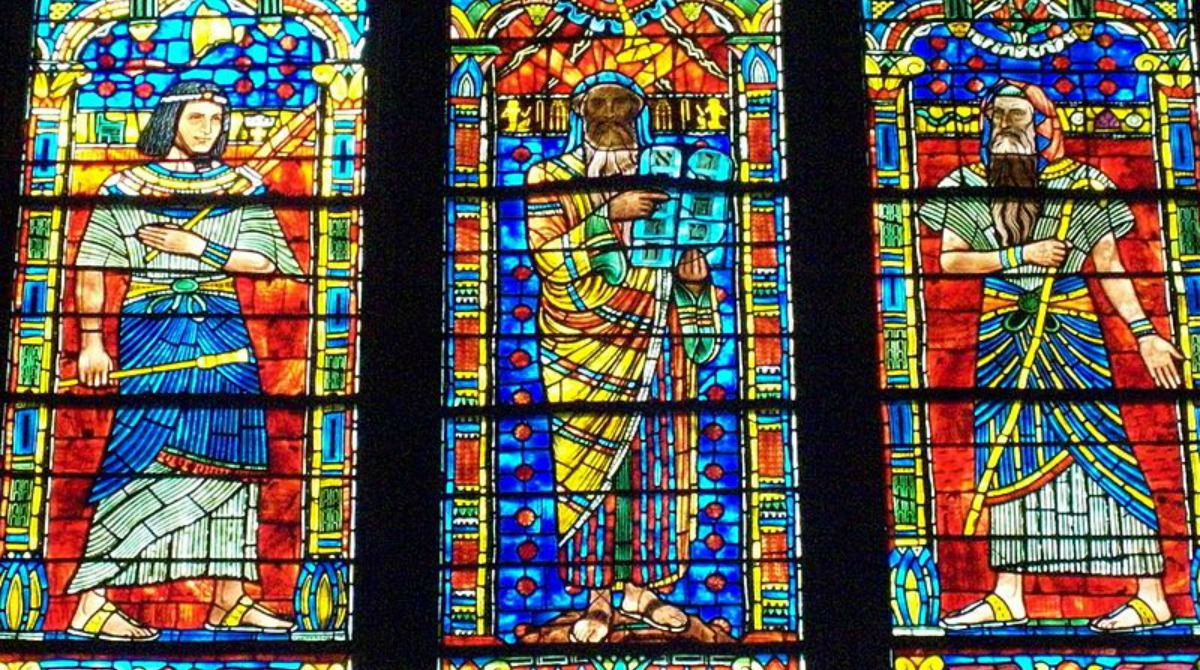 International pressure on Israel not to extend its sovereignty over parts of the disputed territories of Judea and Samaria is increasing. More than 1,000 European parliamentarians have signed a letter asserting that this proposal, which they term “annexation,” would “encourage other states with territorial claims to disregard basic principles of international law.”

Following the brutal death in police custody of George Floyd, racial anarchy in America is increasing. In Seattle and Washington, D.C., there have been attempts to set up “autonomous zones” that exclude the police. Statues and other artworks that have been targeted for toppling as representing “white privilege” include those of Abraham Lincoln, the 19th-century anti-slavery activist Hans Christian Heg and now even Jesus.

These events are connected. In this period of civilizational turmoil, supposed progressives campaigning against the sovereignty proposal falsely project onto Israel crimes of which not only is it innocent, but of which the progressive class itself is guilty.

Take the claim that Israel’s “annexation” is unlawful. Under international law, annexation has a precise meaning: the forcible incorporation by one state of the territory of another state. This does not apply to the disputed territories, which never belonged in law to any other state.

Israel has the only legally grounded claim to this land, including the never-abrogated duty given to the British in the 1920s to settle the Jews throughout what is now Israel, the disputed territories and the Gaza Strip.

Far from being an illegal annexation, extending Israeli law to these areas actually implements international law after some nine decades during which it was flouted and then ignored by Britain and the world community. It is those who oppose the sovereignty proposal who show contempt for the law.

Now look at how “progressives” in America are practicing occupation and junking the rule of law. The “autonomous zones” promptly descended into lawlessness, chaos and violence. In Seattle, there have been arson attacks, reports of rape and shooting incidents in which at least one person has died.

Andy Ngo of the Canadian website Post Millennial spent five days undercover in this area. He has said it quickly descended into anarchy with armed vigilantes roaming the streets.

In addition, he observed extremist literature being distributed. Some of this provided “instructions for criminality, such as how to create bombs with light bulbs, how to lock up a building to prevent entry from police, how to injure police and kill them.”

The “progressive” class routinely accuses Israel of racist behavior towards the Palestinians. Yet Israel’s Arabs have equal civil rights, as can be seen every day in its parks and shopping malls, and in its hospitals, courts or armed forces.

Arabs in the disputed territories don’t have the same rights for the simple reason that they are not Israeli citizens. Even so, they receive Israeli aid or hospital treatment alongside Israelis. Any discriminatory treatment they receive, such as queuing at checkpoints, is purely to protect Israelis from the ever-present threat of being wounded or murdered by them.

Now look at the anti-white racism that openly parades itself in America and Britain.

The very idea of “white privilege,” damning an entire ethnic group for its alleged evil behavior and attitudes, is racist.

At the University of Virginia in February, a black student was filmed stating: “This is a space for people of color, so just be really cognizant of the space you’re taking up because it does make some of us [people of color] uncomfortable when we see too many white people in here.”

In Lincoln County, Ore., wearing anti-virus face masks has become compulsory for white people alone since black people are exempt if they have “heightened concerns about racial profiling and harassment due to wearing face coverings in public.”

So the color of someone’s skin — once the key marker of racial prejudice — has now become the determinant factor in western culture when used against white people.

The reason why the war of extermination against Israel continues to this day is only because its Arab attackers are empowered by the tacit or overt support they receive from the West. Similarly, America has descended into anarchy only because civic, educational and political authorities have fallen into line with the diktats of the mob.

Seattle’s Mayor Jenny Durkan initially backed the “autonomous zone” as “a peaceful expression of your community’s collective grief and their desire to build a better world.”

At Northwestern University, professor Steven Thrasher declared: “The destruction of a police precinct is not only a tactically reasonable ­response to the crisis of policing, it is a quintessentially American response.”

Meanwhile, people who question this insurrection in any way are being harassed or losing their jobs. Princeton University professor Omar Wasow showed that, while peaceful civil-rights protests gained public support, violent protests lost it. A data analyst who tweeted this, David Shor, was promptly fired.

It’s not by chance that attitudes to Israel illuminate the west’s internal anarchy. For repudiating the tenets of Judaism lies at the very core of the current turmoil.

Black Lives Matter is a far-left, anti-white, anti-capitalist, anti-family revolutionary movement with openly expressed aims of destroying western culture and society. Yet thousands of people are supporting it, including many Jews.

Some of this support is based on ignorance of its agenda. But the recent demonstrations have brought out onto the streets the same kind of people who came out for Extinction Rebellion, and before that the Occupy movement against capitalism, and who have marched against Israel behind the banners of Hamas and Hezbollah.

This is because there’s a large mass of people, mostly young, who are constantly seeking a focus for their idealism. They have accordingly alighted upon one cause after another which claims to be about the betterment of the world — women, race, gender, the Palestinians, saving the planet.

But, in fact, these causes are all about hating other people: men, Zionists, white people and humanity in general.

Worse still, since they are utopian they all fail to deliver the perfection of the world that they have promised. Their adherents consequently seek scapegoats upon whom they turn with ferocity in an attempt to bring about by coercion the state of purity the designated culprits have purportedly thwarted.

All of these ideologies have sought to displace the basis of western Christian culture: the moral codes of the Hebrew Bible.

So-called progressives believed that casting all that aside would make people free, decent and rational. But these virtues come from that very same Hebrew Bible.

Its belief that humanity had been fashioned in the divine image gave rise to the revolutionary idea of the dignity of every individual. Its moral codes putting chains on human appetites in the interests of others were the basis of community, conscience and the rule of law. And its proposition that the world was created by a purposeful intelligence gave the west its powers of scientific reason.

Destroying the basis of those virtues turned them into the very things progressives purport to stand against: bigotry, illiberalism and unreason.

Having abandoned the values that give life meaning, progressive idealism has now mutated into a vicious culture of grievance and resentment, and ushered in the Hobbesian nightmare of a war of all against all.

No surprise that it has also unleashed fresh waves of antisemitism across the world. For by denying the book that gave the west its values of love, truth and conscience, it has now embraced instead hatred, self-absorption and lies.