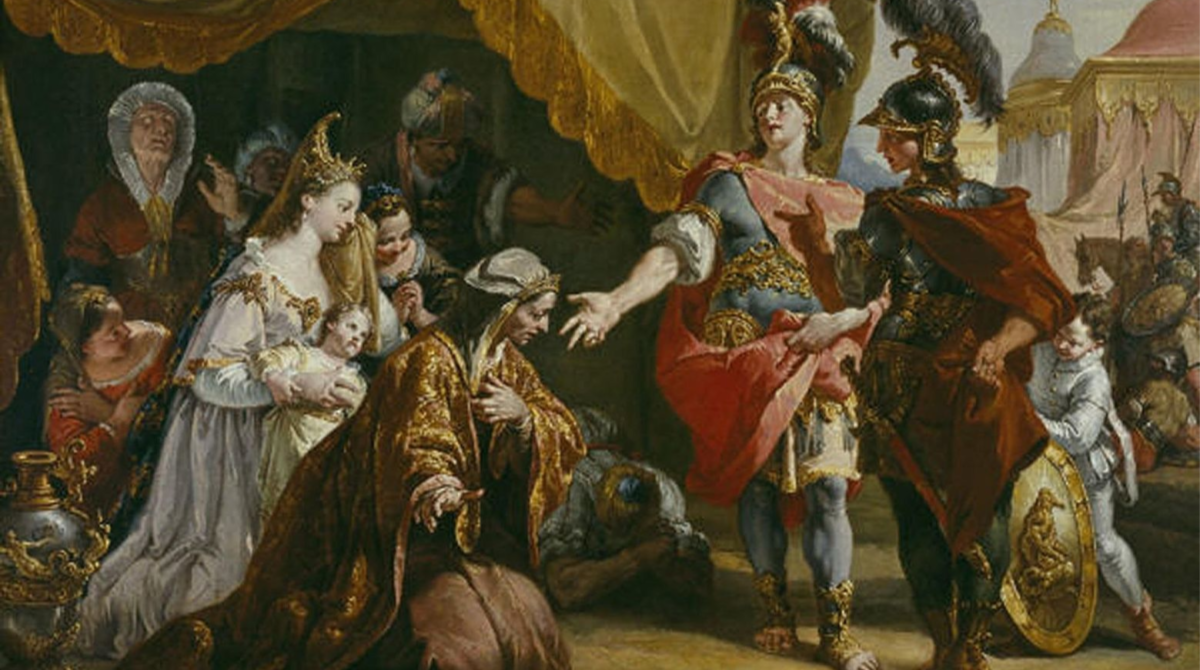 In both Britain and America, the Jewish community is increasingly badly served by leaders who seem less and less able to distinguish between the friends and the enemies of the Jewish people.

In America, the Conference of Presidents of Major American Jewish Organizations has been convulsed by controversy over appointing Dianne Lob as its new chairman. Lob is the former president of HIAS, an organization originally established to assist Jewish refugees but which has morphed into a body closely associated with anti-Israel and Islamist groups.

In Britain, this week a Conservative MP, Robert Halfon, mounted a startlingly outspoken attack on the Jewish community’s main representative body, the Board of Deputies, for having a “left of centre political agenda.”

His criticism was triggered by its weekly bulletin that, he said, read like a “political broadcasting service” for the Labour Party.

The background to this fracas is the replacement of the Labour leader Jeremy Corbyn by Sir Keir Starmer — a former human-rights lawyer, Director of Public Prosecutions and a more centrist figure than his far-left predecessor.

Since he became leader a month ago, Starmer has strenuously portrayed himself as anxious to deal with the scourge of antisemitism that consumed the party under Corbyn. His instant charm offensive towards Jewish community leaders had them purring straightaway. What he says, however, is less important than what he does. And this is causing some concern.

For although he has rid his shadow ministerial team of most of Corbyn’s far-left faction, he has still appointed some Labour MPs with backgrounds of deeply problematic views about Israel and the Jewish people.

For example, he appointed the Bradford MP Naz Shah as shadow minister for community cohesion, the post dealing with race relations.

In 2014, Shah supported an image posted on Facebook suggesting that the State of Israel should be relocated in the United States. She also tweeted a link to a blog which claimed Zionism had been used to “groom” Jews to “exert political influence at the highest levels of public office.” In another post that year, she appeared to liken Israel’s policies to Hitler’s.

Shah was suspended from the party, but was accepted back after she declared her contrition and said she had now learned more about Judaism.

But in March 2018, in a blog about the armed and murderous uprising by Gazans on the border with Israel, she claimed that the Israel Defense Forces had used “brute force” and “indiscriminate killing” against unarmed civilians just because “people who have been driven out of their land protested for their right to return.”

Even more disturbing was Starmer’s appointment of Wigan MP Lisa Nandy as Labour’s foreign-affairs spokesman. Nandy is a former chairman of Labour Friends of Palestine and the Middle East.

The group’s website, which calls for the “immediate recognition of Palestine,” is stuffed with gross historical and legal omissions and distortions that present Israel falsely as an illegal aggressor and occupier denying the Palestinians their civil rights.

Nandy, who calls herself a Zionist, has promised in the past to oppose what she calls “the illegal occupation of Palestine” and the “blockade of Gaza,” and has supported BDS by tweeting against businesses “profiting from the occupied Palestinian territories.”

Worse still, she supports the Palestinian Arabs’ “right of return.” This places her among the opponents of Israel’s right to exist as a Jewish state. For the “Palestinians” have no such legal, moral or historical right; the so-called “right of return,” which would flood Israel with Arab immigrants, is merely a device to destroy the State of Israel.

Yet in the bulletin that triggered Halfon’s fury, the Board not only gave Nandy a free pass for her previous comments but sanitized her backing for the “right of return.”

It said it was pleased to hear her express her commitment to safeguard Israel against Hamas and Hezbollah, “restate” her opposition to BDS and “clarify that her support for a Palestinian right of return was on the understanding of making this work in the context of a viable two-state solution.”

But giving the Arabs the “right of return” would mean the end of Israel, turning the two-state solution into one Arab state. In its rush to normalize relations with the Labour Party, the Board in effect farcically endorsed Israel’s annihilation through agreement.

The criticisms made by the Conservative Halfon went further. The board, he said, “certainly doesn’t represent me or those Conservatives who are very sympathetic and who work day and night for the Jewish community.”

Its bulletin had made lengthy and gushing references to meetings with Labour MPs, while its meeting with the Conservative party’s new chairman had been afforded just two lines — and even those criticized the party.

Halfon is a greatly respected MP who is also a staunch defender of Jewish interests. Yet the Board responded by calling into question his “courage and integrity” and describing his comments as “ignorant… disingenuous and outright false.”

This calumny enraged more than 20 Board members who promptly signed a letter in Halfon’s support, saying there has “long been cause for concern” over the “imbalanced partisan leanings” of left-wing senior Board officials.

In the Jewish community, which unlike American Jews mostly votes Conservative, impatience has been growing over the Board’s lengthening record of knee-jerk leftism and related gross incompetence.

Last year, for example, it denounced Conservative MP Suella Braverman, now the Attorney-General in Boris Johnson’s government, who had spoken about fighting “a battle against cultural Marxism.” This brought a rebuke from the Board which declared that “the term ‘cultural Marxist’ has a history as an antisemitic trope.”

This was a disgraceful and deeply stupid smear. For Braverman — the daughter of immigrants from Kenya and Goa, and whose husband is Jewish — has the warmest feelings towards the Jewish people.

And “cultural Marxism” is a term that’s been used by political theorists for decades to describe the revolutionary socialist agenda to destroy western civilization by subverting its culture from within.

After general outrage, the Board retreated and declared it had found Braverman to be “in no way anti-semitic.” It had assumed the term “cultural Marxism” to be antisemitic just because, among white supremacists and neo-Nazis, it’s used to highlight the Jewish origins of some leading supporters of this agenda.

In the same spirit of reflexive leftism, the Board brands as an anti-Muslim bigot anyone who criticizes the Islamic world or draws attention to Muslim antisemitism. Repeatedly, it grovels to the enemies of the Jewish people while attacking their defenders.

In both Britain and America, most of the Jewish left subscribe to the default position among progressives — a narrative about Israel based on the egregious lies and distortions of Arab propaganda that is fundamentally anti-Jew.

Starmer, whose wife has a Jewish father, won’t rid Labour of its antisemitism because he won’t challenge this progressive narrative. He claims that he supports Zionism. But he’s also a member of Labour Friends of Palestine.

Along with their other comrades on the left, British and American Jews tell themselves they aren’t anti-Israel and certainly aren’t anti-Jew. They claim merely to oppose Israeli policies.

Refusing to acknowledge the truths that challenge their worldview, they will never see how they themselves have become weaponized against Israel, kowtow to its enemies and unwittingly fan the flames of antisemitism. In both Britain and America, such flawed leaders are leading diaspora Jews off the edge of the civilizational cliff.