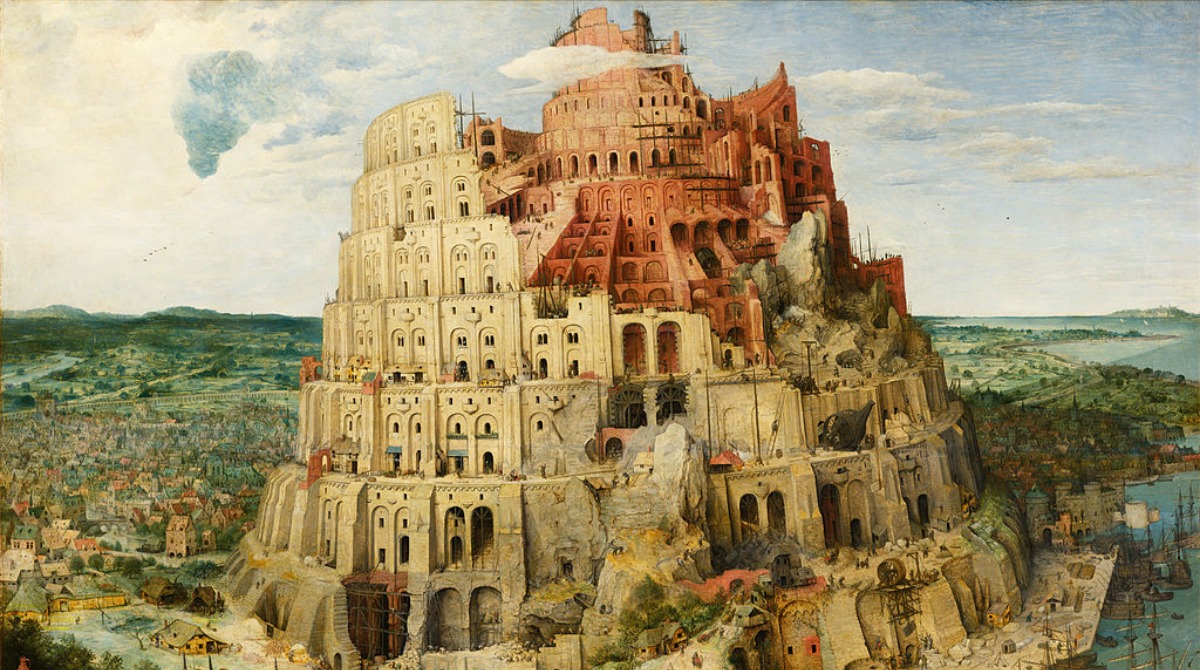 In a recent column in The New York Times, Bret Stephens argued in praise of “globalists.”

Globalism is generally held to mean a broadly universalist approach. Stephens interpreted it as support for free trade, immigration to America and U.S. military alliances abroad.

One line in particular leapt out at me. He wrote: “Oh, and I’m Jewish. Which, some say, is what happens to globalism after it’s been circumcised.”

This could not be more wrong. Judaism is anti-globalist. No people could be more particularist than the Jews. The word by which they are referred to in the Bible—ha’ivrim—means people who “dwell on the other side.”

Jews’ beliefs and moral principles derive from being a particular people with a particular code of laws and bound to a particular land. By contrast, liberal orthodoxy consists of universalizing ideologies such as cultural relativism, multiculturalism or trans-nationalism. Judaism gets in the way of all universalizing agendas.

Yet the argument by those who support globalism is that those who oppose it are anti-Jewish. This is because anti-globalists are held to be nationalists, and thus one step away from being white supremacists, fascists, and, of course, antisemites who liberal progressives so mistakenly believe are to be found only on the far-right.

Despite supporting globalism, however, Stephens also says that to be a globalist means “almost nothing”—that is, when the term is used by anti-globalists, who, he says, most certainly stand for something.

Anti-globalists, he writes, believe in punitive tariffs and “beggar-thy-neighbor economic policies.” They think “500 or so people run the world at the expense of everyone else.” “In short,” he writes, “anti-globalism is economic illiteracy married to a conspiracy mind-set.”

This is the charge that’s used almost reflexively against anyone who calls out the activities of the ultimate globalist: the billionaire financier George Soros.

Some who are anti-Soros are indeed antisemites and conspiracy theorists. But so, too, are some liberal internationalists. Indeed, it is in liberal progressive circles—on university campuses, for example, or in left-leaning political parties—that we find the most prevalent and influential expression today of anti-Jewish prejudice and Jewish conspiracy theory.

This is because the antisemitism coursing through the left goes hand-in-glove with the belief that the Western nation is the source of prejudice, exclusivism and war. The nation must therefore be overridden and neutralized by trans-nationalist institutions and universalist ideologies.

The charge of anti-globalist antisemitism is used as means of silencing exposure of Soros’s activities. This is not just because he is a Jew, but because he is indeed a bogeyman in antisemitic, white-supremacist and neo-Nazi circles.

So anyone who criticizes his immense influence in promoting his global political agenda is smeared as a fellow traveler of antisemitism, white supremacism and neo-Nazism.

But expressing concern about Soros’s activities is reasonable, legitimate and indeed necessary. From the attempt to stop Brexit to undermining the United Nations’s drug laws, from promoting mass immigration to supporting Black Lives Matter, his liberal agenda is rooted in his opposition to Western national identity and values, and in the cause of trans-nationalism and open borders.

Both the Brexit vote in Britain and the election of U.S. President of Donald J. Trump were mass protests by the British and American people against this universalist orthodoxy. That’s why there’s now a fight to the death by liberal progressives to stop Brexit and get rid of Trump, with supporters of both being damned as uneducated racists and nativists.

In fact, they want nothing other than to uphold and defend their nation, its historic institutions and values embodied in laws passed by a sovereign British parliament or in accordance with the American Constitution.

For that unexceptionable aspiration, they are pilloried as wanting to pull up the drawbridge against the rest of the world. Real globalists, wrote Stephens, represent “adventure, engagement, commerce, openness to new ideas, and a love of America.”

These are all good things. But it is quite wrong to believe that attachment to the nation—and the desire to uphold and defend its values—is somehow inimical to this broad and generous view of the world.

Antisemitism runs rampant not when a society feels confident in itself, but when it loses its sense of identity and fears that its culture is falling apart. A generous engagement with the world is achieved not through globalism, but only if people feel secure in their own cultural and national identity.

A good example is Israel, which gives so much to the world in technology and trade, military intelligence and international aid. Yet the “liberal universalists” try to boycott, delegitimize and destroy it.

Jews are entitled to their nation: to identify with it, take pride in it, promote and defend it. Why, then, do so many Jews think other people are not entitled to the same?

The answer is that liberal universalist Jews are threatened by the idea of the Jewish nation and frightened by the Western nation. They tend to be those who are not religiously observant. Instead, they want to subsume their identity into the prevailing orthodoxy in order not to stand out by “dwelling on the other side.”

Worse than that, in order to obviate any possible clash between Judaism and liberalism, such American Jews tell themselves that liberalism is Judaism. They think social conscience, caring about the vulnerable and standing up to abuses of power are “Jewish universalist” values. They are not. They are particular to the Hebrew Bible, which liberal universalism is out to destroy.

The result of this liberal Jewish delusion is that Jewish identity is being hollowed out. Which is why, with the exception of the Orthodox, Jewish communities in America and Britain are going off the edge of the existential cliff.

You could say that globalism is what happens to Jews when they try to pretend their menfolk are not circumcised. Globalism is not a Jewish concept. On the contrary, it is a threat to Jewish survival.