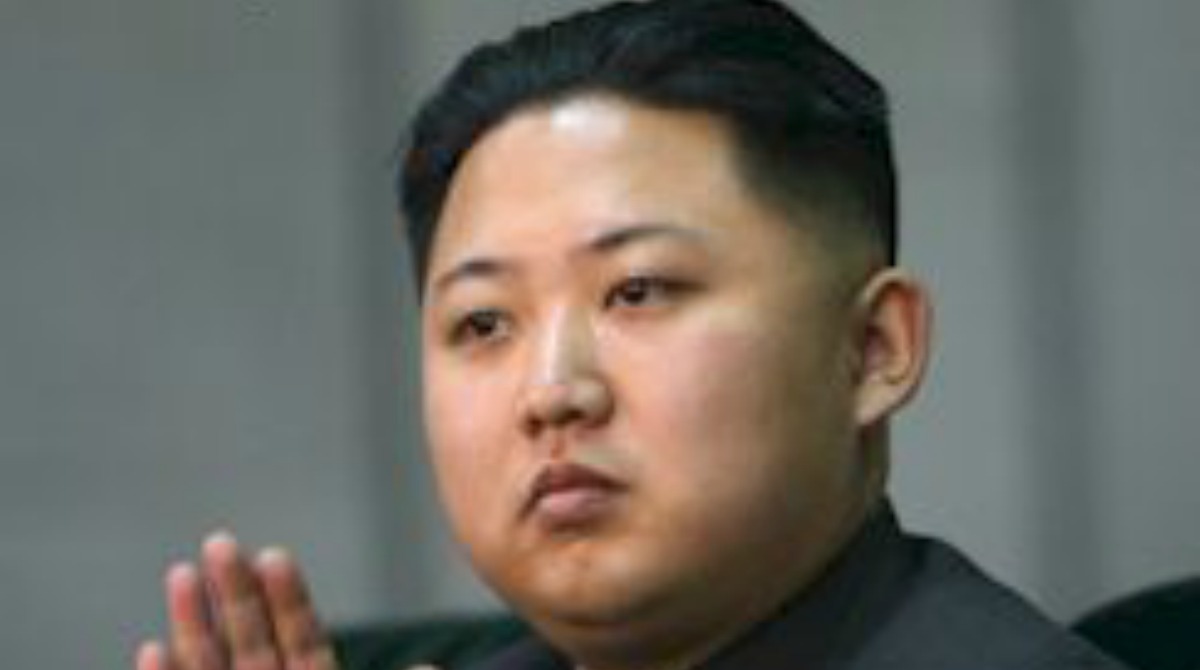 Yup, that’s right. For US Democrats and the mainstream media, President Trump is more terrifying than Kim Jong-un, the psychotic dictator of North Korea.

Pyongyang is now said by the US Defence Intelligence Agency to have produced nuclear weapons for delivery by ballistic missiles which can reach American cities. In response to this revelation, President Trump said:

“North Korea best not make any more threats to the United States. They will be met with fire and the fury like the world has never seen.”

Hours after this remark, North Korea (DPRK) threatened to launch four missiles to land in the sea around Guam, the Pacific island on which the United States has a crucial Air Force base, and cause it to be “enveloped in fire”. A statement attributed to General Kim Rak Gyom, the head of the country’s strategic forces, declared: “Sound dialogue is not possible with such a guy [Trump] bereft of reason and only absolute force can work on him”.

Right on cue, the west’s alt-left establishment (new-left ideologues who pass themselves off as liberals) agreed with General Kim about just who was “bereft of reason” here.

No matter that the threat posed to the world by Kim Jong-un is so great it has managed to unite all 15 members of the UN Security Council, including Russia and China, which voted unanimously to impose the toughest ever sanctions on North Korea.

No matter that Kim Jong-un has starved, tortured and murdered countless numbers of his fellow countrymen, ordered his uncle’s execution and is said by South Korea to have ordered the murder of his half-brother with VX nerve agent.

No matter that he has deliberately increased his country’s provocations with five nuclear tests and 14 missile tests this year alone, including an ICBM test on July 4 and another on July 28 which could reach Los Angeles, Denver, Chicago, Boston and New York.

No matter. For the west’s chattering classes, it’s not Kim Jong-un but Donald Trump who is unstable and aggressive and threatens the world through using bellicose language.

No-one would say Defence Secretary Mattis, the formidable former four-star general and CentCom commander is – despite his fierce “Mad Dog” appellation – more unstable or a menace to the world than Kim Jong-un; nor could they say he’s a know-nothing wild card like President Trump. Yet Mattis has made a statement which used language even tougher than Trump’s.

“The DPRK must choose to stop isolating itself and stand down its pursuit of nuclear weapons”, he said. “The DPRK should cease any consideration of actions that would lead to the end of its regime and the destruction of its people… While our State Department is making every effort to resolve this global threat through diplomatic means, it must be noted that the combined allied militaries now possess the most precise, rehearsed and robust defensive and offensive capabilities on Earth. The DPRK regime’s actions will continue to be grossly overmatched by ours and would lose any arms race or conflict it initiates.”

No-one wants war with North Korea. Trump’s Deputy Assistant Dr Sebastian Gorka said on Fox today that Pyongyang’s increasing provocations and threats were all about extorting the west. All Pyongyang had to do to resolve this crisis, he said, was dial down the rhetoric and stop the missile tests.

The US Secretary of State Rex Tillerson, who predictably tried to minimise the problem by stating there was no sign that the threat level from North Korea had changed and that Americans should “sleep well at night,” nevertheless also said Trump had spoken as he did because such language was the only thing Kim Jong-un would understand.

So what do the alt-left think President Trump should do instead to neutralise the threat from Kim Jong-un? Why, talk to him, negotiate, use diplomacy, persuade him to rein in his nuclear programme, they say.

Dear oh dear. What in heaven’s name do they think America has been doing for more than two decades? They’ve been talking to Pyongyang, negotiating, using diplomacy, trying to persuade it to abandon its nuclear programme. That’s precisely why we are where we are today.

North Korean efforts to build nuclear weapons were halted under the Agreed Framework, negotiated with U.S. president Bill Clinton and signed in 1994. That finally broke down in 2003.

President Obama’s policy of “strategic patience” with North Korea resulted in 2010 with the sinking of the South Korean warship Cheonan and North Korea’s shelling of Yeonpyeong Island. So that didn’t go too well, then.

In 2012, shortly after Kim Jong-un succeeded his father, North Korea promised a moratorium on nuclear and long-range missile tests and to open itself to new international inspections.Weeks later that deal fell apart when North Korea launched a supposed weather forecast satellite but which was in fact a veiled ballistic missile.

It is human nature to shy away from acknowledging reality in order to dodge its unpalatable consequences. The alt-left endow this tendency with ideological force. For them, the west must never go to war in its own interests. This is viewed as, at best, a pointless waste of life and, at worst, as an act of colonialist aggression. So they invert any threat to the west as defence and any defence of the west as aggression.

Not only do they have fanciful ideas about how violent aggression should be appeased, but even when these fallacies are proved to have had the opposite effect they double down and insist on making exactly the same mistakes all over again!

Just who are the ones bereft of reason here?