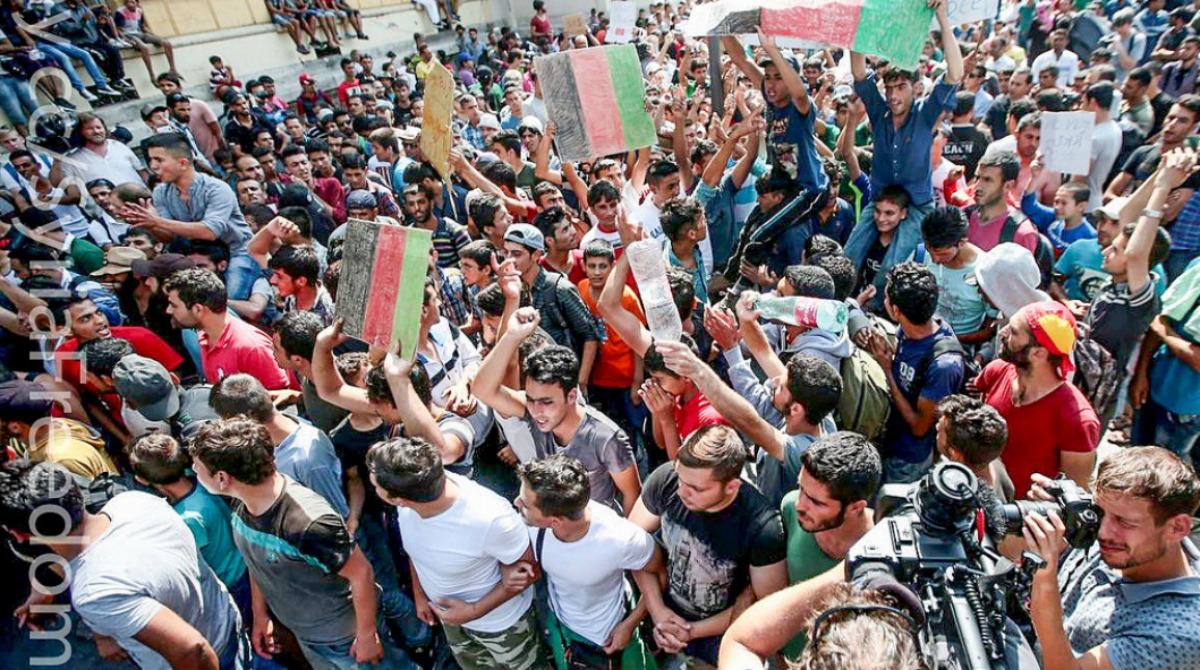 Why are so many Jews currently getting some crucial things so desperately wrong? President Trump’s immigration order has provoked worldwide hysteria to which Jewish leaders in the US and Britain have unfortunately contributed.

With the exception of the Zionist Organization of America which strongly supported the order, lay and religious US Jewish bodies have denounced it with some comparing it to restrictions on Jewish refugees fleeing Nazism.

In Britain, the Board of Deputies President Jonathan Arkush said it was a “message taken as a gesture of evil intent toward Muslims or people just because of the country they live in.”

The chief rabbi, Efraim Mirvis, said the order seemed to “discriminate against individuals based totally on their religion or their nationality. We as Jews perhaps more than any others know exactly what it is like to be the victims of such discrimination and it is totally unacceptable.”

This is all absolutely ridiculous. It falsely labels proper and necessary security considerations as bigotry.

The order merely requires delays in admissions to the US from seven countries which are run by or overrun by Islamist extremists. The delay is to allow for more rigorous vetting of applicants.

The order specifically allows for admission of refugees facing religious persecution or undue hardship if they themselves present no risk. Syrians are excluded indefinitely because so many refugees are themselves Islamists who would pose a threat to the West.

The list of seven countries was in fact drawn up by president Obama who revoked the visa waiver from those states for the same security reasons.

In 2011, Obama all but stopped admitting Iraqi refugees for six months while vetting was drastically overhauled. This followed the FBI discovery that several dozen Iraqi terrorists had infiltrated the US via the refugee program.

The comparison with Jewish refugees from Nazism is odious and obscene – no less so because some of those making it are rabbis.

Throughout the 1930s, Democratic president Franklin D. Roosevelt barred from the US Jews enduring Nazi persecution. People argue this shameful history should not be repeated and the West should now open its doors to Syrian refugees.

The comparison is false. Jews posed no danger whatever to anyone. FDR stopped them coming to America simply because they were Jews. Trump is stopping Syrian refugees because he has legitimate fears they may harbor those who want to murder Americans.

Certainly, his order was introduced in a shockingly incompetent way that caused unnecessary hardship and distress. But it is not racist or discriminatory to keep out people who may pose a mortal threat to others.

Did Obama have “evil intent” toward Muslims because he drew up that list? Or did president Jimmy Carter who similarly excluded Iranians?

The UAE foreign minister, Sheikh Abdullah bin Zayed al Nahya, supported the Trump order. He said the countries involved had “structural problems” and that the move was obviously not “directed against a particular religion” since most of the world’s Muslims were unaffected. Is Sheikh Abdullah therefore anti-Muslim?

This moral confusion among so many Diaspora Jews is taking other forms.

A White House spokesman justified the omission. “Despite what the media reports, we are an incredibly inclusive group and we took into account all of those who suffered,” she said.

Jewish groups were rightly appalled by this dismissal of the unique nature of the Final Solution and the singling out of the Jewish people for extermination.

But some of these very same Jewish groups have compared Syrian refugees to Jewish victims of Nazism, an invidious comparison which itself diminishes the unique evil of the Shoah.

Moreover, Jews have helped further diminish this evil through Holocaust memorializing itself. In his book The End of the Holocaust, Alvin Rosenfeld laments the trend to universalize, relativize and inescapably trivialize the Final Solution by applying “Holocaust” to assorted abuses and social ills from AIDS to abortion to immigration.

One might say, therefore, that Trump is merely following their lead.

The Diaspora Jewish world is terrified of asserting Jewish uniqueness and difference from everyone else.

Jews can and should make common cause with Muslims who really do reject not only Islamist extremism but also Jew-hatred. The problem, though, is that some Jewish leaders refuse to discriminate against Muslims who do not.

The chief rabbi, who said in 2015 that his visit to a refugee camp in Greece made him think of Auschwitz (even though he was advised to conceal his kippa in case it enraged the camp’s residents) has urged Britain and Europe to open their doors to more refugees.

But surveys suggest that some 13% of Syrian refugees support ISIS while 82% think it was created by the United States and its “allies” – in other words, Israel.

So the call by Jewish leaders to admit more Syrian refugees means importing many more who hate the West and hate Jews.

The demonization of those who take any action at all against Muslims to protect people against Islamist terrorism has become a collective madness which undermines the security of the West.

It is deeply troubling that so many Diaspora Jews can’t see they have put themselves on the wrong side of the most dangerous issue facing the free world.