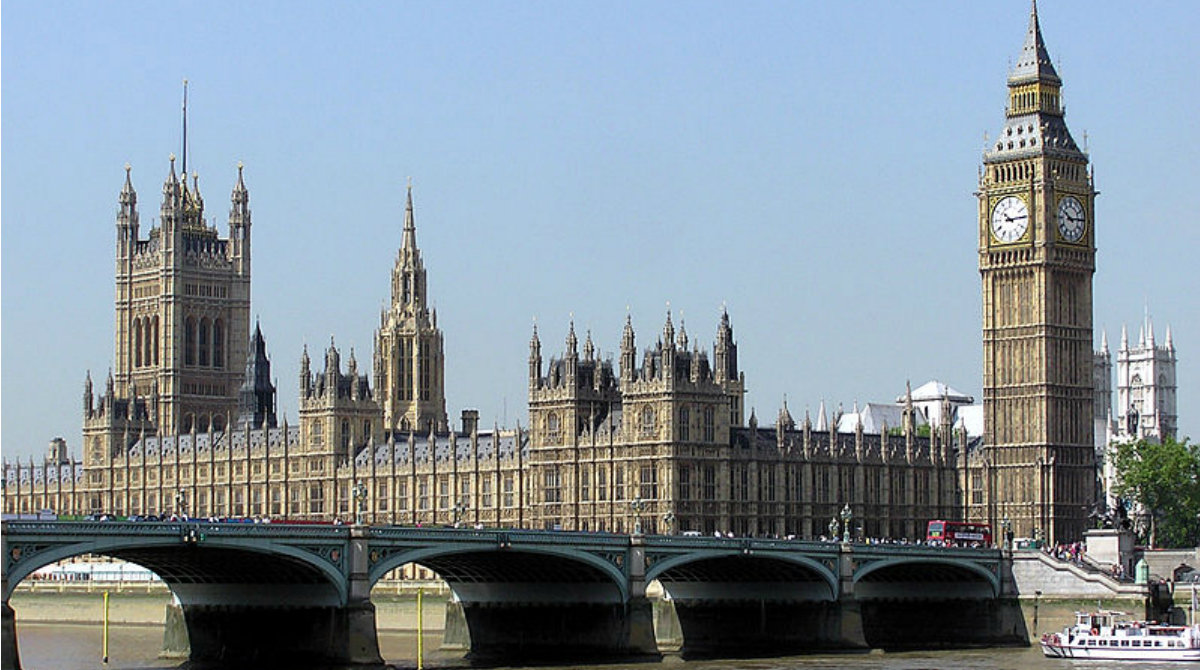 The relief was overwhelming. When the exit poll on Thursday evening correctly predicted a large majority for Boris Johnson’s Conservative party, British Jews allowed themselves to breathe again. Overcome by the sense of deliverance from a great evil, some wept.

Immediately before the election, both Labour and Conservative party hierarchies had been seized by the belief that Britain was heading for a hung parliament and a coalition led by Labour’s hard-left leader Jeremy Corbyn. Many British Jews were gripped by a deep sense of dread and panic.

In the event, Labour was pulverised and the Conservatives won by a majority of 80 MPs, the biggest since Margaret Thatcher’s third victory in 1987.

The stakes in this election were enormous, not just for Britain but for the world. Labour is led by the most far-left leadership in its history, supporting terrorists abroad and incubating virulent antisemitism at home. If elected it would have wrecked Britain’s economy, attacked the State of Israel and posed a mortal threat to the security of Britain, its Jewish community and the west.

It was defeated by a seismic shift which may just have redrawn the British political landscape for ever.

What happened was something most people had believed was unthinkable. As I observed on my own blog in September, however, a tectonic shift was under way in the Labour heartlands.

The white working class, those blue-collar workers who had been tribal Labour supporters for generations, voted en masse for the Conservatives for the first time ever.

Boris Johnson effectively smashed the “red wall”, the swathes of hitherto rock-solid Labour-held seats in the north of England and the Midlands which all turned blue overnight.

Astoundingly, economically shattered communities with very high levels of poverty and unemployment, even former mining towns whose inhabitants had voted Labour virtually from the time the party was invented, all voted on Thursday for an Eton-educated, plummy-voiced toff in preference to the leader of the Labour party.

Why? Because the British working-class is deeply, passionately patriotic and attached to democracy. They are the very best of Britain. Time and again they have saved the country in its wars against tyranny by putting their lives on the line to defend what it stands for: their historic culture, institutions and values.

That’s why in the 2016 referendum they voted en masse for Brexit. And that’s why they felt so betrayed by the Labour party, which had been instrumental in stopping Brexit in parliament and trying to reverse the referendum result without admitting what it was doing.

That’s because it was trying to straddle its two constituencies: working-class Brexiteers and the liberal metropolitan intelligentsia who control the party. These liberal universalists all voted to remain in the EU. And they haven’t stopped denigrating those who voted Brexit as half-witted, racist xenophobes.

It’s hard to exaggerate the anger by the Brexit-voting working-class at what they saw as an anti-democratic coup by Remainer Labour MPs who were determined to stop Brexit and spit in the eye of democracy.

These working-class voters also believe in hard work, responsibility and their own human dignity. They feel patronised and demeaned by welfare dependency, and have absolutely no time for the metropolitan liberals’ social agenda.

They are repelled by identity politics and victim culture, and are deeply worried by Muslim immigration and behaviour. Having watched with dismay the emergence of effectively segregated Muslim areas within their towns, they have been enraged by the way the allegation of “Islamophobia” has all but silenced concerns about outrages such as the Muslim rape and grooming gangs that have abused thousands of white girls, or the attempt to Islamise a number of schools.

So in this election, just as when they voted for Brexit in 2016, the working-class has risen up in revolt against the liberal universalists who control both their party and British culture.

They also despised Jeremy Corbyn. They perceived that he posed a security threat to the country through his backing for the IRA and Hamas, they didn’t believe his ludicrous promises of unlimited welfare spending, and they viewed his supporters as nasty, thuggish and antisemitic.

The antisemitism issue had got through to them. This was thanks to the dramatic warning by the Chief Rabbi, Ephraim Mirvis, that the poison of Jew-hatred was being spread from the top of the party, and also to the constant revelations of the eye-watering antisemitism by party members

Despite Corbyn’s decisive defeat, however, many British Jews feel that a fateful line has now been crossed which has destroyed forever the sense of security they once felt.

For the fact remains that millions voted for Corbyn’s party despite – or even more appallingly, because of – its attitude towards the Jews.

This concern by the Jewish community isn’t just over the antisemitism of so many Labour supporters. It’s not just over their thuggery towards Jewish protesters, or the very real fear that the Jews will now be blamed and victimised over Labour’s defeat.

It’s also because so many others didn’t care enough about the antisemitism to change their vote. For them, the Jews were just so much collateral damage in the necessary march to a Labour victory.

Moderate Labour candidates who expressed their horror at Corbyn’s extremism were nevertheless working to put him into 10 Downing Street.

The Guardian wrote in its editorial: “The pain and hurt within the Jewish community, and the damage to Labour, are undeniable and shaming. Yet Labour remains indispensable to progressive politics.”

Among shallow, tunnel-visioned Corbyn supporters, the Chief Rabbi’s plea not to vote for Corbyn merely served to identify British Jews with the Conservatives and therefore with right-wing capitalism.

But the northern working-class was having none of that. For them, the antisemitism scandal confirmed their view that the Jews were the potential victims of bad forces within the Muslim world just like them, and were also the victims of those trying to silence such concerns by claims of “Islamophobia”.

In fact, these decent working people would doubtless be baffled to learn that most British Jews are on the other side of that particular issue. Its leaders grotesquely equate antisemitism with Islamophobia, and hardly breathe a word about Muslim antisemitism.

And most British Jews voted Remain. For although the Jewish community has mostly voted Conservative since the leadership of Margaret Thatcher, it also mostly subscribes to liberal universalist principles that seek to erase national borders because it believes that affinity to the nation-state creates nationalism and antisemitism.

Such British Jews thus deny the facts staring them in the face and which have caused them so much fear and grief: that liberal universalists are now the principal incubators of antisemitism.

The seismic shift at this election may herald a realignment of British politics along the lines envisaged by the thinking known as “Blue Labour”.

This embodies the insight that working-class communities have always been innately small-c conservatives deeply attached to traditional values. Consequently, Blue Labour stresses personal responsibility and attachments to family, community and nation. And of course, these are at root Jewish values – the very ones that have been under assault from liberal universalists for decades.

Corbyn has been defeated. That danger has now passed. But the antisemitism remains; and the culture war over the soul of Britain and the west goes on.