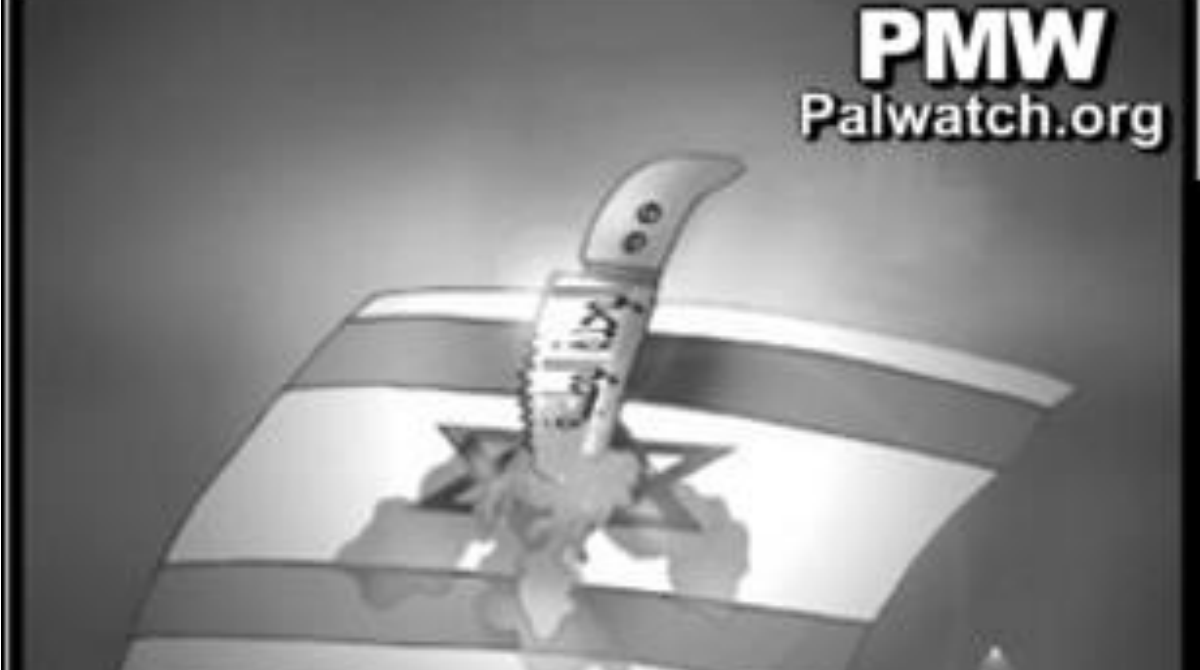 What needs to be understood is that the former is symbiotically connected to the latter. As I said in my blog post yesterday, the Palestinians use violence in order to get a reaction that advances their agenda.

Until now, the west has duly obliged. For a variety of reasons including fear, ideology and bigotry the west has bought into the lie that the “Palestinians” have a historic and religious right to the land. It therefore sees them (to a greater or lesser extent, depending on whether it thinks of itself as a “friend” to Israel) as a legitimate resistance movement being crushed by the Israelis. The more violence the Palestinians commit against Israel, the more they entrap it into responding with greater force. Then they can rely on the west putting pressure on Israel to make suicidal concessions to them.

This western response is crucial to their strategy. They know they alone can’t defeat Israel. So they need to get the west to do their dirty work for them: forcing Israel into concessions which will enable them to mount their final attempt to exterminate it from the IDF-vacated “West Bank” just down the road.

To get the west to do so, it’s vital that it believes and endorses the Palestinians’ mendacious claims about their own history and religion. Which the west has duly done for decades.

The Palestinians are in a state of hysteria over Trump’s speech because, for the first time, that weapon of western complicity is now threatened. If the Jews are entitled to regard Jerusalem as Israel’s capital, that entitlement nullifies the Palestinians’ own claim to both Jerusalem and the land, which is based in turn on the twin lie that a) they were there first and b) that Jerusalem is the most holy place in Islam — which of course wasn’t even created until centuries after the Jews ruled Israel as the only people for whom it was ever their national kingdom.

The Palestinians’ violent reaction also demonstrates beyond doubt that, far from wanting to share Jerusalem with the Jews, they won’t permit the Jews to be there at all. Trump’s speech did not foreclose the option of a Palestine state, nor the prospect of the Palestinians having control of part of Jersualem. Their fury at the endorsement of Jerusalem as Israel’s capital at all shows how much they depend on the west facilitating their strategy.

Which is why the reaction of the British Prime Minister, Theresa May, is so stupid. She is far from hostile to Israel; but clearly, she hasn’t got the faintest idea of what the Arab war against Israel is about. It is not, as she appears to think, a conflict about the division of Jerusalem or the land. It is about destroying Israel altogether, and to that end an attempt to write the Jews out of their own history.

If Britain and Europe west followed Trump’s lead and moved their own embassies, and moreover told the Palestinians they no longer believed their lies or that their intentions were benign and started instead to treat them justifiably as pariahs, the war against Israel would end. Yet to its eternal shame, even though the US Congress is now passing legislation which will end American funding for murderous Palestinian incitement, Britain is continuing to fund the Palestinian Authority, thus making Britain complicit with incitement to hatred and murder of Jews and the destruction of Israel.

The Palestinians now find themselves in a fix. Saudi Arabia and associated Arab states will simply not allow them to get in the way of the all-important US and Israeli alliance against Iran. America has now shown it will no longer be manipulated in the campaign to destroy Israel.

So all the Palestinians are now left with is British and European support, and the old tactic of ramping up murderous violence against Israel to provoke it into actions which will cause the all-too reliable British and Europeans to try to punish Israel yet again.

In the medium to long-term, the Palestinians are over. In the short term, they can still cause the deaths of many Israelis. Which is why Britain and Europe even now still have Jewish blood on their hands.