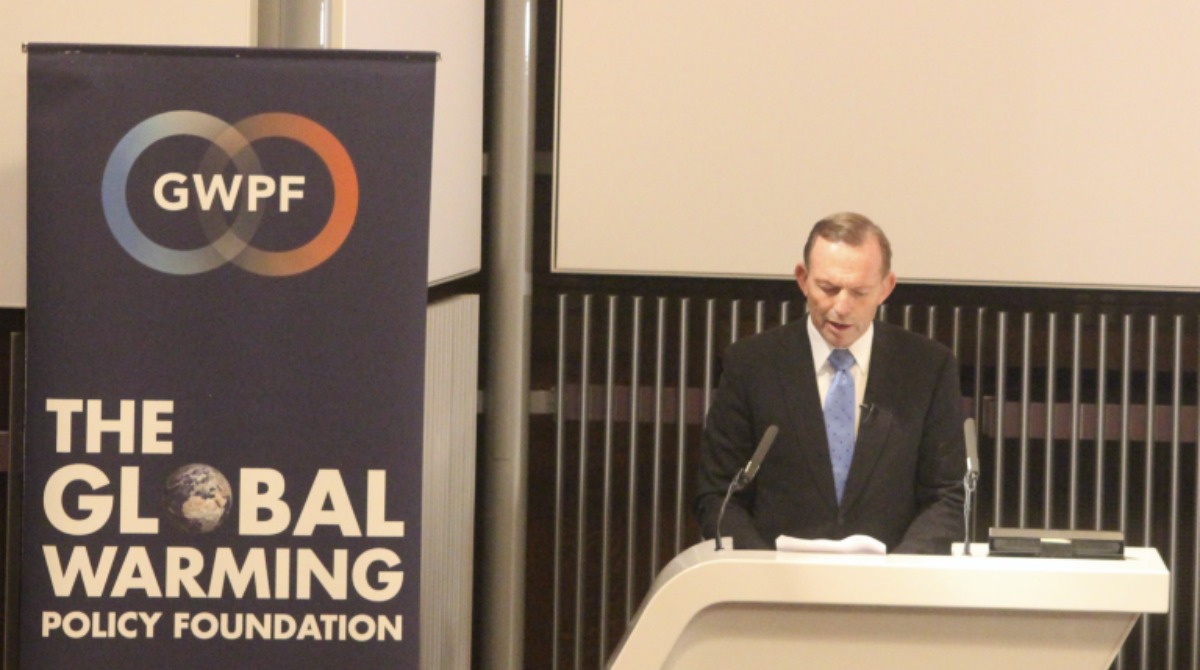 The Australian politician Tony Abbott has delivered a really terrific speech on the AGW scam to the Global Warming Foundation. What was so good was that he placed the fake science of anthropogenic global warming theory squarely in its correct and all-important context – the suicidal attack by the west upon its own civilisation and the principles underpinning it, including the pursuit of rationality and evidence-based inquiry. Here are some extracts:

“In Britain and Australia, scarcely 50 per cent describe themselves as Christian, down from 90 per cent a generation back. For decades, we’ve been losing our religious faith but we’re fast losing our religious knowledge too. We’re less a post-Christian society than a non-Christian, or even an anti-Christian one. It hasn’t left us less susceptible to dogma, though, because we still need things to believe in and causes to fight for; it’s just that believers can now be found for almost anything and everything.

“Climate change is by no means the sole or even the most significant symptom of the changing interests and values of the West. Still, only societies with high levels of cultural amnesia – that have forgotten the scriptures about man created “in the image and likeness of God” and charged with “subduing the earth and all its creatures” – could have made such a religion out of it.

“There’s no certain way to regain cultural self-confidence. The heart of any recovery, though, has to be an honest facing of facts and an insistence upon intellectual rigour…

“There are laws of physics; there are objective facts; there are moral and ethical truths. But there is almost nothing important where no further enquiry is needed. What the “science is settled” brigade want is to close down investigation by equating questioning with superstition. It’s an aspect of the wider weakening of the Western mind which poses such dangers to the world’s future.

“Physics suggests, all other things being equal, that an increase in atmospheric carbon dioxide would indeed warm the planet. Even so, the atmosphere is an almost infinitely complex mechanism that’s far from fully understood.

“The growing evidence that records have been adjusted, that the impact of urban heat islands has been downplayed, and that data sets have been slanted in order to fit the theory of dangerous anthropogenic global warming does not make it false; but it should produce much caution about basing drastic action upon it.”

Do read it all.