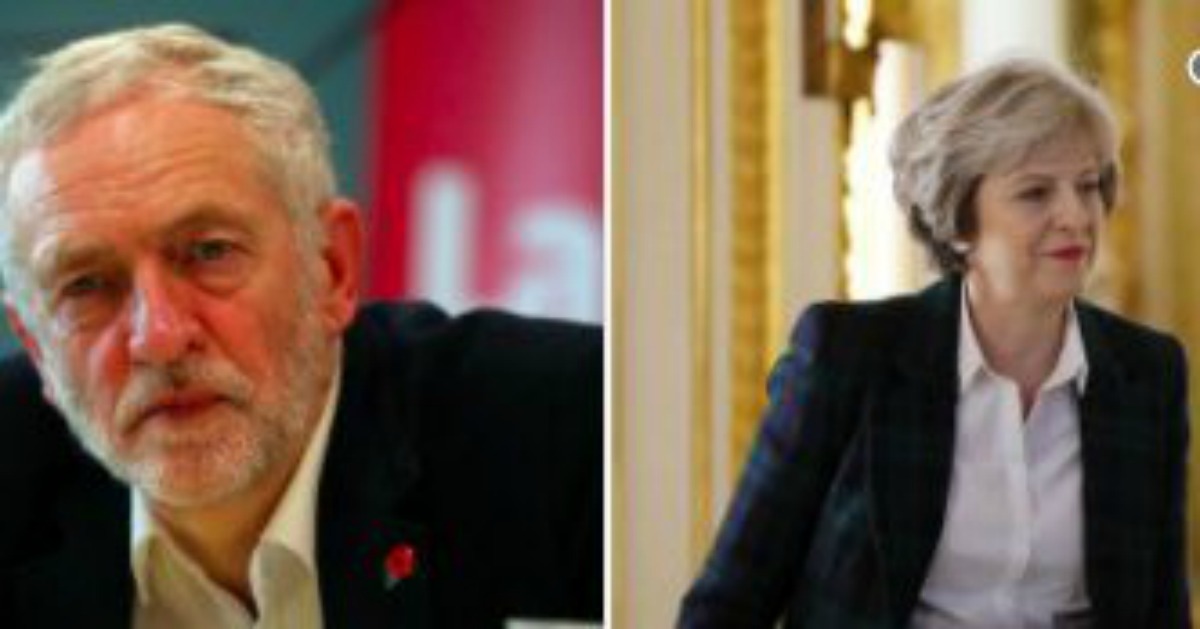 There is widespread amazement, and no little concern, that Theresa May’s lead in the opinion polls has been slashed from around 20 points ahead of Jeremy Corbyn to around six.

How can this possibly be, people are asking, given Corbyn’s extremism – his reckless pie-in-the-sky spending promises, his support for terrorist organisations, his disgusting reaction following the Manchester bombing suggesting that British foreign policy was to blame? How could anyone think such a man could be Britain’s Prime Minister?

And how can Mrs May, who was certain to get a whopping majority in the general election on June 8, now be struggling to gain a workable majority at all?

Well, very easily. I wrote here that she was taking a big risk in calling the election; all it would take would be one bad mistake and she’d be in trouble. And as I wrote here, she made that bad mistake with her “death tax” proposal to fleece elderly people for the privilege of of obtaining often substandard domiciliary care.

As for Corbyn, the distressing reality is that his programme is remarkably popular. Do many people believe that public spending should go up regardless of how it is to be paid for? Yes. Do many people want to see the railways re-nationalised because they have either forgotten or are too young ever to have known how inadequate they were when they were state-run? Yes.

But surely people recoil from Corbyn’s view that the west’s wars abroad are the cause of Islamic terrorism, not to mention his support for terrorist groups such as Hezbollah, Hamas or the IRA? Well, no they don’t. Many actually think he “has a point”.

This is the madness that has engulfed Britain since the Iraq war led millions to believe that “Blair lied, people died” and that the chaos in Iraq created the subsequent eruption of Islamic terrorism. The fact that, regardless of the many dreadful mistakes made by the US-led coalition in Iraq, that war was an attempt to prevent further Islamic terrorism under the aegis of Saddam who was a godfather of terror and whose threat to the west had long been acknowledged, was totally ignored or denied. Islamic terror against the west was deemed to be the west’s own fault.

This dreadful moral illiteracy was even on display after 9/11 when many in Britain said “America had it coming to it”. Why? Because America supported Israel, and Israel’s perceived oppression of the Palestinians had enraged the Muslim world. So when Britain joined the US in toppling Saddam, Britain’s fate was sealed.

This totally ignores, of course, that Islamic terror is driven not by hatred of what the west does but by hatred of what the west is. The Islamic jihad is not defensive or reactive but a campaign to conquer and subjugate the not-Islamic and not-Islamic-enough world. As I wrote here, since Islam is deemed to represent perfection Muslims acting in its name can never do wrong; so they perceive their own murderous terrorism as invariably defensive measures, while attempts by their victims to defend themselves are framed as aggressive attacks.

Tragically, instead of understanding that this thinking is a form of lethal derangement which must be countered by every means possible, many in the west – led by the media and intellectual classes – actually echo it. So they too grotesquely view Hamas or Hezbollah as “resistance” fighters.

And even when it comes to the IRA – who provoke general repugnance and fury in Britain – many are nevertheless sympathetic to Corbyn’s disingenuous claim that he merely believes that dialogue with such people is the road to peace. It isn’t: the IRA was beaten by a combination of military force and systematic infiltration by British agents. Only then were they driven to say “the war is over” and enter the democratic process instead.

None of this is widely understood in Britain. Decades of exposure to an education system which has replaced knowledge by propaganda and instead of teaching children how to think has told them what to think has created a situation where many see Jeremy Corbyn as maybe a bit hopeless but essentially harmless.

That’s why the Tories won’t get out of the hole Mrs May has dug for them by painting him as an extremist. Too many of his fellow citizens agree with him. If the Tories want to identify the enemy against whom to rally the country behind its only possible champion, they’d do better to focus public anger instead on the other side of the English Channel.