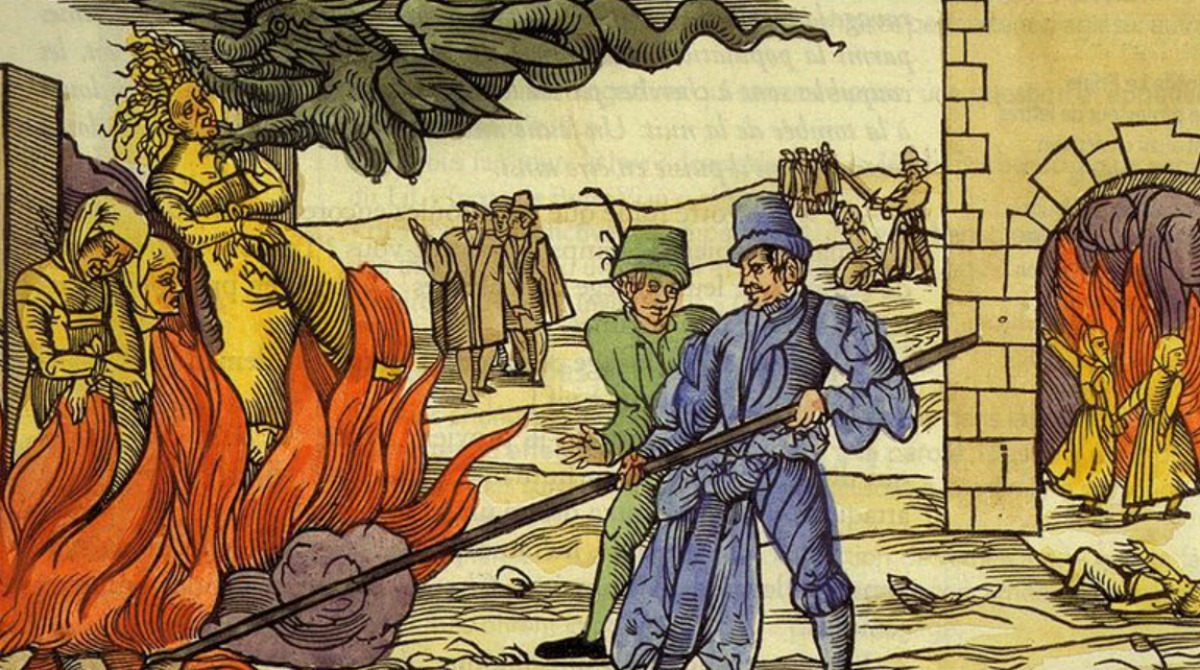 The shocking character assassination and sacking of Sir Roger Scruton is beyond belief.

Scruton, Britain’s pre-eminent philosopher, was interviewed by the New Statesman for its current issue.

The interviewer, deputy editor George Eaton, tweeted that Scruton’s remarks were “outrageous”. What was outrageous, however, was the use Eaton made of them. For he tweeted about what Scruton had said:

“On Hungarian Jews: ‘Anybody who doesn’t think that there’s a Soros empire in Hungary has not observed the facts.'”

But in the interview Scruton didn’t mention that Soros was a Jew. He referred merely to Soros’s activities in Hungary. Yet Eaton falsely presented this as an adverse comment about Hungarian Jews.

In the interview, Eaton observed that Scruton was “heedless of the antisemitic portrayal of the philanthropist George Soros as a Jewish puppet-master”. Yes, Soros is vilified as such by real antisemites. But Scruton’s observation about Soros’s activities was broadly correct.

Soros has an antipathy to the western nation state. He aims to destroy national borders and promote mass migration, an agenda he has bankrolled to the tune of many millions of dollars under the aegis of his multinational Open Society organisation and which Hungary’s prime minister, Viktor Orban, not unreasonably regards as a threat to the integrity of Hungary itself.

Anyone who thus criticises Soros, however, is smeared as an antisemite by those who weaponise antisemitism in order to silence criticism of Soros and demonise Orban.

Moreover, Scruton’s previous remarks about Hungarian Jews, in a controversy to which Eaton alludes, had themselves been taken grossly out of context. As I explained in my post here, far from promoting antisemitism Scruton had actually been speaking against it.

By radically decontextualising his words, his accusers had reversed their meaning. Eaton makes no mention of this, stating instead that “Scruton is unrepentant, however, about the remarks that earned him such opprobrium”.

Next, Eaton tweeted that Scruton had said: “Each Chinese person is a kind of replica of the next one and that is a very frightening thing”.

But this was an astonishing misrepresentation of what Scruton actually said, which was this: “They’re creating robots out of their own people by so constraining what can be done. Each Chinese person is a kind of replica of the next one and that is a very frightening thing”.

Eaton had thus taken Scruton’s observation about the dehumanising effects of Chinese communism and selectively edited it to suggest that Scruton had himself dehumanised the Chinese.

Eaton later claimed he merely edited the quote “for reasons of space in print edition.” He then deleted the tweet.

The next apparently “outrageous” remark by Scruton was that Islamophobia was “a propaganda word invented by the Muslim Brotherhood in order to stop discussion of a major issue”.

But that is absolutely correct. I have said the same myself, for example last year in The Times (£) and also in this week’s Jewish Chronicle (not yet on line).

The appalling thing is that anyone who correctly calls out Islamophobia as a sinister attempt to silence necessary and important discussion of problems and threats from within the Islamic world is promptly smeared as an Islamophobe (as indeed am I, despite repeatedly acknowledging the many decent Muslims in the world).

The one truly jarring note in the interview was where Scruton said Hungarians in recent years had been “extremely alarmed by the sudden invasion of huge tribes of Muslims from the Middle East”. The language here was slighting and I wouldn’t have used it.

But despite this, what he said was broadly correct. The Hungarians are indeed extremely anxious to avoid the mass influx of Muslims which has indeed caused so many problems in western Europe.

So Scruton was traduced and smeared – ironically, over an interview in which he had reflected on the “upsetting” way he had previously been vilified. “What surprised me”, he said of that earlier controversy, “was the kind of people who repeated this. You expect people who spend their lives on Twitter to have this store of malice but when it comes up in parliament, as it did, I was astonished.”

Well, now he’s been astonished all over again. For astoundingly, the Communities Secretary James Brokenshire has sacked Scruton from his unpaid role as chairman of the “Building Better Building Beautiful Commission” over his “unacceptable” comments in this interview.

Eaton promptly posted a picture of himself swigging champagne to celebrate his achievement in having got “right-wing racist and homophobe Roger Scruton sacked as a Tory government adviser.” After an outrcry, he later deleted the picture.

When Scruton was appointed to the building commission, he was accused by totalitarians on the left of every thought crime going – Islamophobia, homophobia, sexism, antisemitism, the lot. Then as now he was subjected to vicious misrepresentation of what he had said in order to demonise him and trash his character.

I wrote here that the attempt to make him into a social pariah encapsulated the “vicious and socially suicidal ignorance and cultural sectarianism currently rampant in British society”.

His demonisation, both then and now, has displayed ignorance and malice in equal measure along with a chilling totalitarianism directed at anyone who expresses true conservative values – decent, traditional western values shared by millions.

The only way to respond to such vicious behaviour is to treat it with contempt and support Scruton to the hilt. And yet here is a Conservative government actually joining the witch-hunt.

This contemptible party, unwilling to defend either the independence of the country or its bedrock values of truthfulness, fairness and moral decency, really, really doesn’t deserve ever to hold office again.