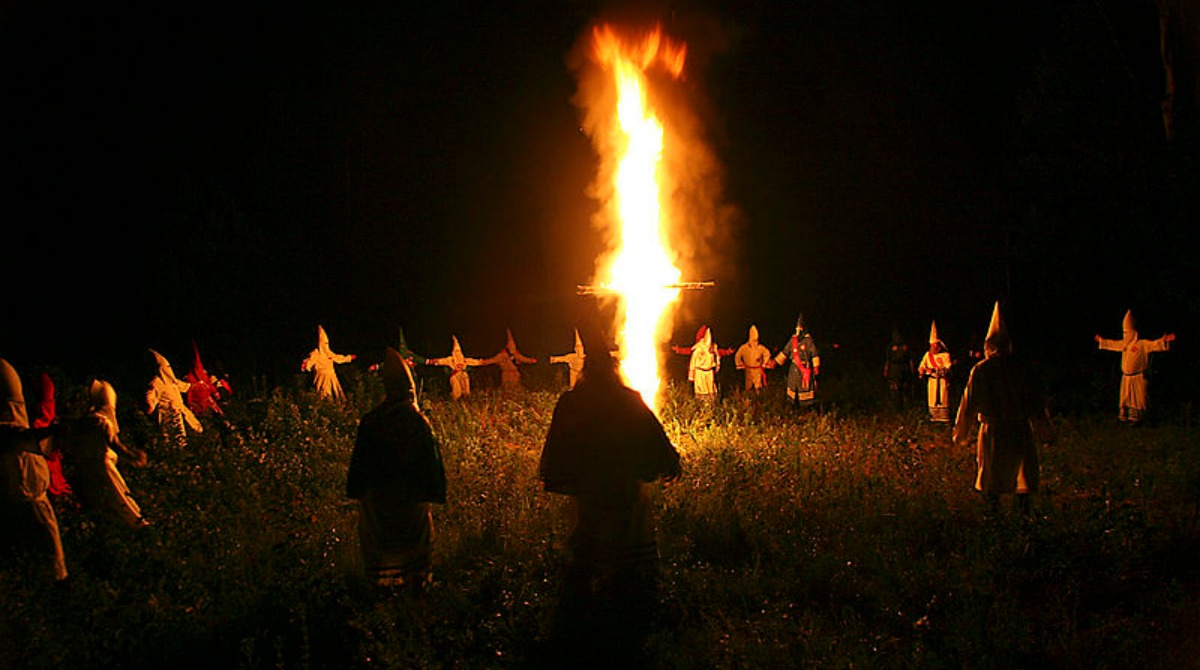 The neologism “alt-right” has now become part of the political lexicon. It is thought to be merely a term describing a new political movement. This is wrong. It is being used to spread confusion and hatred.

The term was invented by a white supremacist called Richard Spencer. It is an obvious piece of manipulative linguistic legerdemain.

They use the term “alt-right” because, in the revolution taking place through Britain’s Brexit vote, the election of Donald Trump and the rise of populist movements in mainland Europe, they spotted an opportunity to sanitise themselves.

The great revolt has been mounted by millions in the west who want to reassert their national identity and the values that animate the democratic culture that arises from that identity. Their aspiration is not only legitimate but admirable and desirable.

Yet for the past half century it has been delegitimised and those who thus aspire have been demonised. That’s because when we talk about western or European identity, we’re talking about a culture that was historically predominantly white. In addition, it became dominant in the world through the British empire and the spread of capitalism.

As a result, western national identity was considered to be racist, colonialist, imperialist and exploitative. So it was turned from within against itself. The very purpose of education, transmitting a culture down through the generations, became taboo because transmitting western culture was deemed to be racist and imperialist. It became impossible to oppose immigration without being accused of racism.

As a result, millions throughout the west were left disenfranchised by the political mainstream. Although the context is different everywhere, that’s what lies behind the uprising through Brexit, Trump and European populist movements.

This aspiration to reassert western national identity and culture has nothing to do with white supremacism or racism. Those creeds are based on the belief that white people are innately superior to those of different colours or ethnicities and should therefore dominate or suppress them. That’s entirely different from wanting the nation to which you belong, and with whose values you identify, to govern itself in accordance with its own history, laws, religion, institutions and culture.

But because of the demonisation of this aspiration and the abdication of the political mainstream, some really noxious people have been making hay. Mainland Europe has seen the resurgence of some truly neo-Nazi or racist parties who have moved into this political vacuum. And in the US, white supremacists and their ilk are using the term “alt-right” to make racism and neo-Nazism mainstream.

In a discussion on NPR last year, Heidi Beirich of the Southern Poverty Law Centre (not known for its support for anyone on “the right”) suggested that the term “alt-right” was merely the latest way white supremacists had been rebranding themselves ever since the civil rights movement made their beliefs socially unacceptable. She said:

These white supremacists have now achieved their rebranding aim – thanks to the left and all who oppose the assertion of western national identity. For such people, it is axiomatic that anyone who supports Brexit or Trump must be a knuckle-dragging troglodyte without a functioning cerebral cortex.

Problem! For millions now think this way. Obviously they can’t all be neo-Nazis and fascists. So a way had to be found of both explaining away this massive uprising and neutralising these millions as a political force. By lumping them together with white supremacists as the “alt-right”, Richard Spencer handed them the means to do so. It toxified decent people by smearing them through association.

In similar vein Trump’s philosopher-strategist Steve Bannon has been smeared as a white supremacist. He is not. He merely supports the promotion of European and western national identity based on Judeo-Christian values, whose spiritual and moral foundations be believes have been undermined and eroded throughout the west.

True, he called his Breitbart news site “the platform for the alt-right”. But he was using “alt-right” merely to mean the resurgence of national-identity conservatism as opposed to the conservatism that had gone along with the erosion of western values. He certainly did not mean it to include racists, fascists and white supremacists; indeed, he explicitly drew the disinction. At a conference held inside the Vatican in 2014 he said:

“I’m not an expert in this, but it seems that they [European nationalist parties] have had some aspects that may be antisemitic or racial. By the way, even in the tea party, we have a broad movement like this, and we’ve been criticized, and they try to make the tea party as being racist, etc., which it’s not. But there’s always elements who turn up at these things, whether it’s militia guys or whatever. Some that are fringe organizations.

“My point is that over time it all gets kind of washed out, right? People understand what pulls them together, and the people on the margins I think get marginalized more and more. I think when you look at any kind of revolution — and this is a revolution — you always have some groups that are disparate. I think that will all burn away over time and you’ll see more of a mainstream center-right populist movement.”

Unfortunately, rather than falling away they’ve been given a tremendous boost by those who attack the alt-right. These hitherto tiny fringe movements have now received enormous publicity. No-one had even heard of Richard Spencer until his “alt-right” term was seized upon as a stick with which to beat up Trump and Bannon.

Yet now – astoundingly – what they say is being taken seriously and at face value. Although they were derided hitherto as beyond the pale of normal discourse, their statements of support for President Trump are not held to be the ravings of people who are off the rationality scale altogether, or who are manipulating the situation for evil ends. Suddenly they are being treated as plausible, even incontrovertible sources of information.

Those who bash the “alt-right”, in the media and elsewhere, are not fighting the good fight against evil. They are instead smearing decent people and building up bad ones. White supremacists, fascists and racists should be called just that. The invidious umbrella term “alt-right” is just another weapon to undermine, deny and reverse the legitimate aspirations of millions.