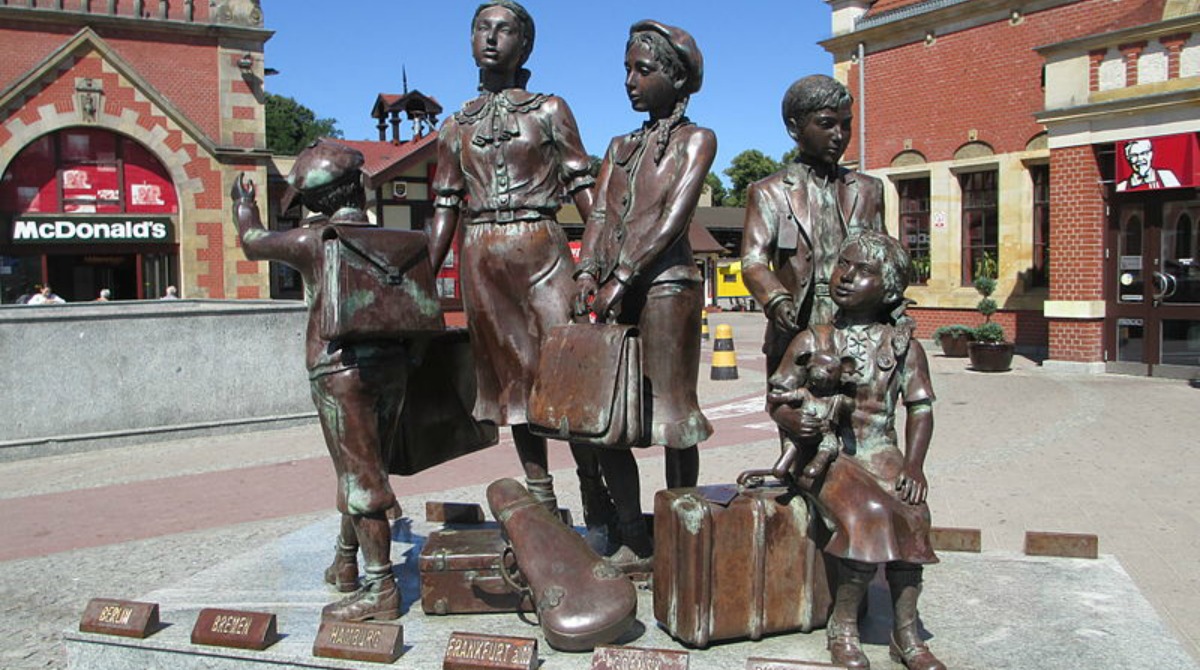 I have one or two strong things to say about an invidious comparison currently being made – not least by those who, of all people, should know better… Transcript follows beneath the video below.

In 2015, Germany’s Chancellor Angela Merkel flung open her country’s doors to the great tide of migrants pouring into Europe. They came from war zones such as Syria, from other tyrannies or rogue states.

Talk about buyer’s remorse! Mrs Merkel recently told her party, the Christian Democrats: “For the next few months, what matters most is repatriation, repatriation and more repatriation.” In a panic, she now wants to deport all those who have claimed asylum and failed.

The reason is that Mrs Merkel’s Christian Democrats are trailing in the polls behind the pro-EU, pro-migrant SPD for the first time since 2010

Mrs Merkel has identified the migration issue as the SPD’s weakness. Not surprising. Feeling against migrants has been running very high. As Mrs Merkel has conceded, the mostly Muslim newcomers have brought with them a range of serious social problems based on an inability or refusal to fit into their host nation.

Mrs Merkel has got herself into this mess because the migrants to whom she responded with such short-sighted generosity were not conventional refugees (although some of them were fleeing persecution) but part of an unprecedented phenomenon: a mass movement of people from the developing world which threatens to change the character of western Europe. In Britain, the scale of this great population displacement so alarmed the then Cameron government that it decided to restrict very heavily the numbers it would allow into Britain.

This caused uproar, with accusations hurled at David Cameron of callousness, heartlessness, indifference to suffering and so on. To help defuse the row, he accepted a proposal by a Labour peer, Lord Dubs, to accept into Britain unaccompanied migrant children stranded in Europe who would not otherwise qualify for entry. These became known as the Dubs children.

The government never put a number on the children it would bring in by this route. A few days ago it did so and promptly provoked further outrage. The figure of 350 children was far below what MPs thought the government had promised. Now Theresa May and her Home Secretary Amber Rudd were being accused of callousness, heartlessness, and indifference to suffering.

In vain the Home Secretary told the MPs that the Dubs provision was not in the interests of the children themselves because it encouraged them to make for Calais in order to get to Britain, making them prey to people traffickers. Moreover, the hope of being taken into the Dubs scheme and coming to the UK was discouraging them from co-operating with the French authorities.

The most vulnerable children of all, said the Home Secretary, the ones most requiring rescue, were stuck in camps in Jordan and Lebanon. That’s where the rescue attempt needed to be directed, she said. And it was from such camps that the government still intended to bring 3,000 to Britain.

Well, she might as well have saved her breath. Those hurling their contempt at her seemed less interested in the actual fate of child migrants than in framing those who don’t agree with funnelling them into Britain in this way as callous and inhumane.

But what really turned up the emotional temperature over all this was the back history of Lord Dubs himself. Born in Prague, he was brought to England at the age of six on the 1939 Kindertransport when Britain took in nearly 10,000 mainly Jewish child refugees from Nazi Europe.

The Kindertransport is rightly viewed as a magnificent act of altruism and decency. Nevertheless, it is used as fig leaf to conceal the fact that, along with every other country, Britain largely slammed its doors shut against those desperate to flee Nazi persecution.

Now an analogy is being drawn between Britain’s decency over the Kindertransport and its supposed absence of decency over today’s European migrant crisis. Many, not least within the UK’s Jewish community – including, astoundingly, some of its religious leaders – have made much of the supposed analogy between these migrants and the Jewish refugees from Nazism. The refusal to take not just a greater number of Dubs children but also more adults migrants, they claim, is on a par with the refusal to accept refugees from the Holocaust.

I’m appalled by this analogy. Neither the Syrian civil war, brutal and unspeakable as it is, nor any other current conflict can be compared to the Holocaust.

That was the attempt to exterminate the entire Jewish people, along with the mass murder of other groups. Unlike today, there were no refugee camps from whence to pluck these victims to provide them with a better life. They were simply deprived of life altogether. The Holocaust was an attempted genocide. Today’s migrant crisis is part of a mass movement of people, not all of them refugees, which threatens to engulf western Europe.

It is absolutely nauseating that the Holocaust is being used in this way as an emotional bludgeon, so that anyone who supports restrictions on today’s migrants is not only attacked as a heartless monster but also for somehow betraying the memory of the victims of Nazism.

In fact this analogy itself diminishes the Holocaust. It is not just offensive. It displays an inability to make vital moral distinctions. It uses excruciatingly complex global dilemmas as a platform for self-centred grandstanding.

And it is simply incomprehensible, tragic and unforgivable that some who are making this comparison are Jews themselves.