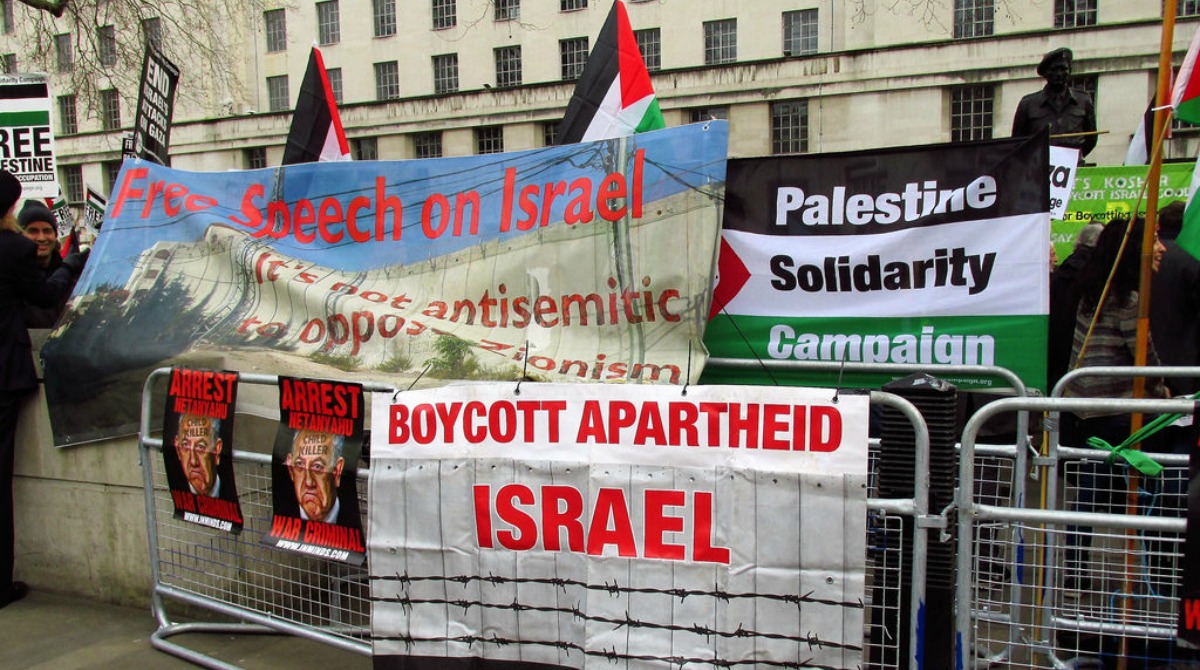 Why is everyone so shocked by the Labour party’s decision not to expel Ken Livingstone? I wasn’t the slightest bit surprised. Indeed, I would have been amazed had it done so.

Of course, his claim that Hitler had supported Zionism was a grotesque and profoundly Jew-bashing untruth. The only overtures between Zionists and the Nazis were for the Jews a desperate manoeuvre to save some from extermination, and for the Nazis a way of getting rid of them. The ludicrous claim that Hitler supported the national self-determination of the very people he wanted to wipe off the face of the earth is a malevolent distortion which Livingstone appears either to have got from sources who are themselves driven by hatred of the Jews or is his own misrepresentation of other accounts.

Having already been suspended from the party for twelve months over these remarks, Livingstone has now been suspended for a further year. Far from being repentant, however, he has doubled down and repeated the calumny, thus compounding the general outrage and the deep distress of the Jewish community.

There are three main reasons, though, why it was never likely he would be expelled.

1) Labour’s leader Jeremy Corbyn is opposed to expelling someone for antisemitism, because to Corbyn it is simply impossible for someone on the left to be an antisemite.
2) Labour plays heavily to the Muslim gallery and many Muslims believe Jews and Nazis are virtually synonymous, particularly in Israel.
3) If Livingstone were thrown out, similar action would become necessary against other Labour members who have displayed anti-Jewish attitudes. This the party has already refused to do – as over incidents in the Oxford university Labour club — effectively whitewashing Labour party antisemitism and refusing to acknowledge that the Labour party is riddled with it, not least because of 1) and 2) above.

Livingstone is a cartoon villain whose obsession with defaming and insulting Jews, drawing analogies between Jews and Nazis and demonising Zionism has been evident for years. His assertion, in response to the frequent charges against him of antisemitism, that these proved the Jews fabricate this claim to gain advantage and silence political debate, was famously dubbed by academic David Hirsh “the Livingstone Formulation”. To all this the Labour party consistently turned a blind eye.

The interesting question is why suddenly it started to get so agitated about the Jew-hatred in its own ranks. After all, it’s been rampant in the Labour party and on the left for years. Indeed, the publicity around Labour antisemitism and the proceedings against Livingstone has provoked further torrents of anti-Jewish abuse on social media.

In the Guardian, cartoonist Steve Bell mocked the proceedings against Livingstone as a kangaroo court. Along with Corbyn, a significant section of the left regards any claim of antisemitism amongst them as merely an attempt to sanitise the crimes of Israel. Since only the right is ever guilty of bad things, goes their mantra, antisemitism is axiomatically a phenomenon on the right alone. The left can no more be anti-Jew than the sun will rise in the west. The left doesn’t hate the Jews; it just has an issue with Israel.

That, though, won’t wash because there is no other country on earth which is subjected to the same hallucinatory fabrications, blood libels, distortions and double standards as have been hurled at Israel for so many years in an attempt to delegitimise and destroy it. Antisemitism singles out the Jews alone as a cosmic evil; the left singles out Israel alone as a cosmic evil.

Moreover, this venom has not been confined to anti-Israel discourse but has repeatedly broken out as unambiguously anti-Jew. Who can forget, for example, Caryl Churchill’s 2009 play Seven Jewish Children? This used Jewish history to accuse the Jews of inflicting upon others through the State of Israel the exterminatory treatment that had been meted out to them.

It rooted this murderous trait in Judaism itself, with lines such as this one: “Tell her I don’t care if the world hates us, tell her we’re better haters, tell her we’re chosen people.” I don’t recall the left penning outraged letters to London’s Royal Court theatre that staged this vile piece declaring: “Not in our name”.

Or what about Jim Allen’s 1987 play Perdition, which foreshadowed the Livingstone row by claiming falsely that Zionists collaborated with the Nazis. Although the furore at the time caused the Royal Court theatre (yes, that one again) to pull the play from production on the basis that it “might cause distress to some members of the Jewish community”, the play’s supporters scorned claims that it was anti-Jew.

In the Guardian, for example, Stuart Wood wrote that the Holocaust had been “appropriated by the state of Israel and the Zionist movement. It has thus become a shield against criticism of the policies and actions of that state and of Zionism itself. The innocent dead are turned into accomplices of policies of expansion and aggression.” The Livingstone Formulation, no less, pre-Livingstone.

Yet in the wake of the Livingstone debacle, the Labour party is in uproar. “Not in our name,” its MPs cry.

So what’s changed? My guess is that alarm bells sounded in 2015 when Islamist terrorists slaughtered Jews in the kosher supermarket in Paris after the Charlie Hebdo massacre. At that point, alibis for Islamist terror were stripped away. The Jews in the kosher supermarket weren’t murdered because they had insulted Islam or because of Israel’s policies or because of an inchoate animus against the west. They were murdered – demonstrably – simply because they were Jews.

The left, however, not only refuses to denounce Muslim Jew-hatred (denouncing instead those who call attention to it) but regularly marches shoulder to shoulder with Islamist extremists in common cause against Israel. Suddenly its adherents realised the bloody trail might lead straight back to them. They urgently needed to distance themselves from it. So they started loudly to campaign against antisemitism – committed merely by disposable individuals on their own side as well as on the “white nationalist right” (of course) to give themselves cover.

Now Labour MPs are ramping up the pressure on Corbyn to expel Livingstone. “Not in our name”? You bet.

In response, Corbyn today criticised Livingstone for having “continued to make offensive remarks which could open him to further disciplinary action” – and Labour has now instituted yet another inquiry into his behaviour. Maybe the hue and cry will be so great he will be expelled after all. If so, this will be cause for regret rather than celebration.

Why? Hamas provides us with a useful analogy. Received wisdom has it that Mahmoud Abbas’s Fatah are moderates with a reasonable agenda. This is untrue; Fatah is bent on the extermination of Israel and Abbas’s Palestinian Authority demonises not just Israelis but all Jews with Nazi-style imagery.

However, while Hamas exists this makes it much more difficult plausibly to maintain that the Palestinians are committed to ending their war of extermination against Israel. In similar vein, if Livingstone were to be expelled the Labour party could pretend it had purged itself of its Jew-hatred. While he remains in the party, it is impossible for it to maintain that fiction.

Call it the Hamas Formulation.