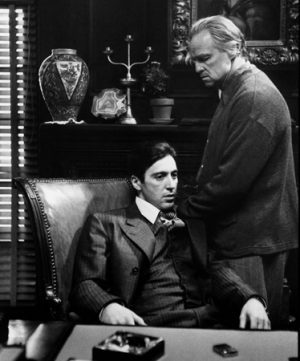 It’s 45 years since the iconic film The Godfather was first screened and transformed mafia hoodlums into high art in the public imagination.

The film can be considered an audacious inversion of morality and an apologia for evil. Although such criticism has undeniable force, it is ultimately misplaced. The film is not in essence a gangster movie but an epic family tragedy of the highest order. It is precisely because it puts loving family life on a pedestal that its deepest message is so devastating.

You can read the whole of my Times column here (subscription only).