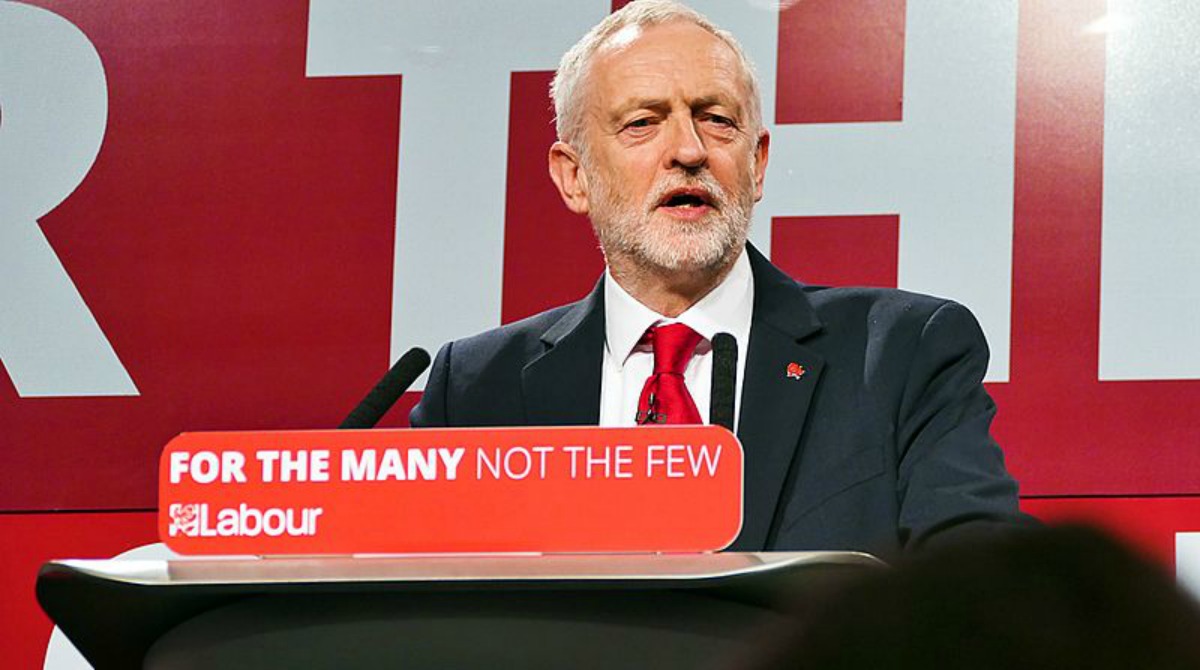 At its annual conference this week, Britain’s Labour Party crossed a chilling and fateful line.

At a fringe meeting there was a call to treat Holocaust denial as a legitimate contribution to debate; Israel was compared to the Nazis; and there was a demand to expel pro-Israel Jewish groups from the party.

On the conference floor itself, a Jewish woman spewed a stream of defamatory falsehoods, distortions and smears about Israel. She then received an ecstatic standing ovation for stating: “I am not an antisemite. This party does not have a problem with Jews.”

Conference delegates seemed beside themselves with joy that they were being given permission by a Jew to hate the collective Jew in the State of Israel.

In the face of all this and more the party’s leader, Jeremy Corbyn – a hard-leftist who calls Hamas and Hezbollah his “friends” – not only remained silent but failed to attend a reception by the Labour Friends of Israel, pleading pressure of work while managing to attend various other receptions instead.

Labour’s so-called moderates are refusing to face up to what this all means. Unfortunately, a number of Jewish Labour members are amongst them.

The Jewish Labour Movement drafted a resolution to make it easier to expel antisemites from the party. Although this was eventually passed, it is actually worse than useless.

Crucially, it doesn’t define antisemitism.And you can bet Labour will never accept that demonization and delegitimization of Israel is the contemporary form of the oldest hatred. If it did so, it would have to expel much if not most of the party.

Moreover, Labour has now reiterated its intention to recognize a state of Palestine as soon as the party takes power. It has therefore committed itself to an act of malice against Israel and a denial of the Palestinians’ own treaty obligations. It is a unique approach which singles out Israel for double standards – a key marker of antisemitism.

The CEO of the UK’s Equality and Human Rights Commission has said Labour antisemitism is now so bad the party must prove that it is not racist.

Yet on Tuesday evening the Jewish Labour Movement put out leaflets calling on people to “help Jeremy Corbyn fight antisemitism.” Having convinced themselves falsely that their resolution has started to draw the sting of Corbyn’s poison, these Jews have actually ended up promoting him.

Much, much, worse though, is that Jews themselves are in the forefront of spreading this venom.

The ranting woman who declared she was no antisemite was a virulently anti-Zionist Jew called Naomi Wimborne-Idrissi.

The man who called for two pro-Israel Jewish groups to be expelled from the party was Michael Kalmanovitz, a member of the International Jewish Anti-Zionist Network.

The individual who called for Holocaust denial to be taken seriously was Miko Peled, the son of an Israeli general.

Now living in America, Peled has made a career out of defaming Israel, telling AIPAC supporters in 2011 that they were “supporting evil.”

Across the West, the demonization of Israel has been dominated by such Jews spreading incitement to hatred and murder by regurgitating incendiary falsehoods and distortions.

Their hallmark is to void Jewish ethics in order to make them correspond to the leftist ideology of a universalist utopia – which inescapably means the destruction not just of Israel but of Judaism itself. Grotesquely, they then claim they stand for Jewish ethics and are thus morally superior to those who support Israel.

The tragic fact is that there’s no disorder quite so pathological as when a Jew turns against his or her own identity. Jews are a unique people; the hatred directed at them is a unique hatred; and when Jews turn on their own people, they behave in a uniquely terrible way.

Israeli Jewish intellectuals are even more afflicted by this pathology. The Israeli novelist Aharon Megged has lamented “a phenomenon which probably has no parallel in history: an emotional and moral identification by the majority of Israel’s intelligentsia with people openly committed to our annihilation.”

In The Jewish Divide Over Israel, which he wrote with Paul Bogdanor, Edward Alexander writes devastatingly: “The disproportionate influence of Jewish accusers depends in large part on the fact that they demonize Israel precisely as Jews; indeed, since religion and tradition count for little in most of them, it is the demonization of Israel that makes them Jews.”

And because people assume wrongly that Jews cannot be antisemites, these anti-Zionist Jews offer themselves as human shields to protect and facilitate those who they hope will destroy the State of Israel through demonization and delegitimization.

The problem of antisemitism in Britain, however, goes far beyond the Labour Party.

My Name Is Rachel Corrie is a play first staged in 2005 sanitizing an International Solidarity Movement activist who was killed in Gaza by an Israeli armored bulldozer when she tried to stop demolition work being carried out to eradicate terror tunnels.

Lo and behold, this out-dated piece of meretricious agitprop is being revived by London’s Young Vic theater. Why? Because human-shielded Jew-baiting is now the recreational sport of the British intelligentsia.

So when is the opening night of this revival? Why, Kol Nidrei, the start of Yom Kippur, the most solemn day in the Jewish calendar. Right in the Jews’ faces, eh.

Don’t weep for the wretched Labour Party. Weep for what Britain has become, and for the Jews who have lost their way.