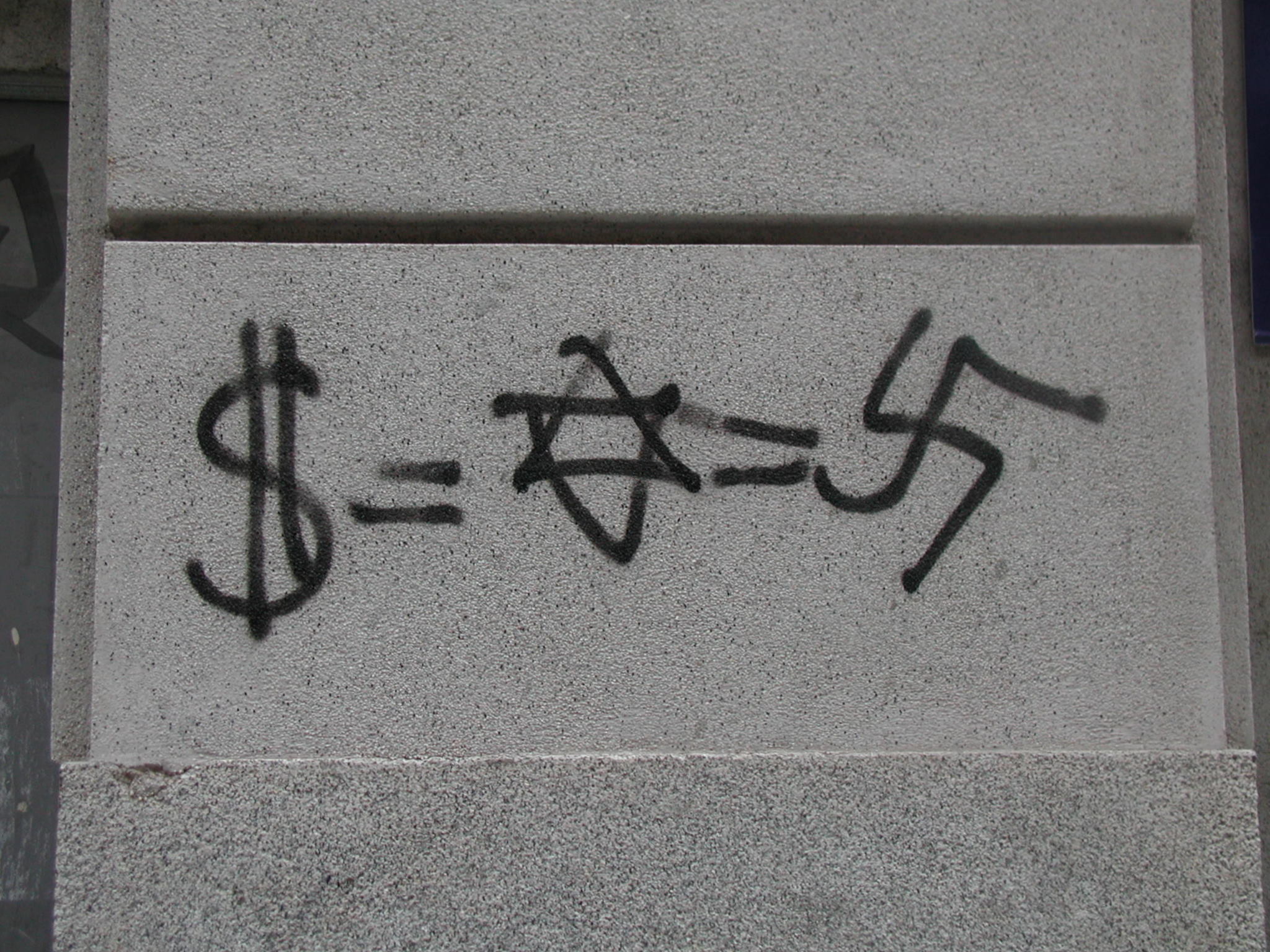 It’s been an average kind of week for Jews in Britain. Here are a few recent items which you may have read in the Jewish Chronicle.

A speaker at London’s School of Oriental and African Studies claimed that Zionists were mobilising subversive power to “outlaw” criticism of their activities, “Zionism was a parallel movement to Nazism” and Zionists “conspired to try and increase antisemitism in order to force Jews to Palestine”.

Sheffield Hallam University in South Yorkshire was ordered to compensate a disabled Jewish student for failing to address his complaints about rampant Jew-hatred and Israel-bashing on campus.

He had complained about social media posts written by Sheffield’s Palestine Society which included the blood libel that Israel harvests the organs of Palestinians, compared Bethlehem to the Warsaw Ghetto and referred to Zionists as Nazi criminals.

A Facebook group for UK Independence Party supporters suggested there was a Jewish conspiracy behind last week’s High Court ruling against the Government over leaving the EU.

This all followed the gross disorder at University College London, when visiting Israeli speaker Hen Mazzig and his terrified student audience had to be rushed out of the building by police to escape a frenzied mob of Israel and Jew-bashers.

And that in turn followed the House of Lords meeting where audience members were applauded for blaming the Jews for the Holocaust and comparing Israel to Islamic State.

In the past six months, there have been three inquiries into antisemitism in Britain. All have been inadequate or worse.

The first by Baroness Royall, kept secret by the Labour party, was limited to antisemitism at Oxford University Labour Club.

The second by Baroness Chakrabarti was a deeply compromised whitewash, which relativised antisemitism by lumping it in with other forms of racism and then trivialised it with bromides about a few “unhappy incidents”.

The third by the Home Affairs Select Committee was better because it was sharper and more detailed, acknowledging the gravity of the bigotry being expressed and accusing Labour of creating a “safe space for those with vile attitudes towards the Jewish people”. Yet it was still flawed. It sidestepped the issue of Muslim antisemitism, which Muslims have told the Community Security Trust is “now the default position among Muslim youth in Britain”.

It failed to acknowledge that antisemitism has been endemic on the left for years. It didn’t look at how it has infected the media and the universities. It missed all this because of its most glaring omission of all: the symbiotic connection between antisemitism and hatred of Israel.

People on the left are shocked by Labour antisemitism. They cry: how can this have happened? The left is anti-racist and anti-fascist; antisemitism is a creation of the far right. So it’s utterly baffling, no?

No. Modern antisemitism is a creation of the left because it is inextricably connected to the left’s default position: its animus against Israel and its belief in Palestinianism as the progressive cause of causes.

This connection, however, is routinely denied. While the left condemns Jew-bashing on ethnic grounds as beyond the pale, Israel-bashing is seen as a legitimate political position.
This suggests a failure to understand what antisemitism actually is. People think it is just a prejudice like any other, although with rather worse results in the past.

Not so. In the Guardian, Howard Jacobson noted the unique nature of Jew-hatred through the ages and its link to Israel-bashing. “We need to talk about Zion”, he cautioned. Too true; but as he observed, if Jews complain about Israel-bashing they are accused of trying to stifle legitimate criticism of Israel.

Israel-bashing based entirely on falsehoods, distortions and libels is not legitimate criticism.
Jew-hatred is not a prejudice like any other. No other people or group is singled out as a demonic conspiracy, a malevolent force of quasi-supernatural powers. And this same derangement is directed against Israel.

This cannot be admitted because of the deep antipathy against treating the Jewish people as special. Resentment over the idea that the Jews were “chosen” for supposedly preferential treatment is matched by resentment that they appear to be “chosen” for a special kind of hatred.
Modern society is, after all, an equal opportunity hater; the mantra of equality demands nothing else. Jews just aren’t allowed to be different. Yet that’s the essence of the hatred against us; and it’s the reason why that hatred is denied, too.